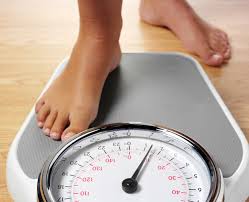 According to the National Eating Disorder statistics, up to 24 million people of all ages and genders suffer from eating disorders (anorexia, bulimia and binge eating disorder) in the United States. 95% of those who have eating disorders are between the ages of 12 & 26. Approximately a half a million teens in the US struggle with eating disorders, according to studies done & over one-half of teenage girls and one-third of teenage boys use unhealthy weight control behaviors such as skipping meals, fasting, vomiting and purging as ways to try to control their weight. Though only an estimated 10-15% of people with anorexia or bulimia are male, males are also less likely to receive treatment or even acknowledge that they are having a problem. In addition, 47% of girls grades 5-12 report wanting to lose weight because of magazine pictures and a whopping 69% of those same girls report that magazine pictures influence their idea of a perfect body shape. Shocking statistics, right?

As a parent or significant other, one of our biggest fears is that our child or teen might suddenly show signs and symptoms of an Eating Disorder and given that Eating Disorders have the highest mortality rate of any mental health illness, it is understandable why we would be so afraid.

Eating disorders, such as anorexia, bulimia and binge eating disorder are accompanied by extreme emotions, attitudes and behaviors focused on weight and food issues. Here are a list of the major disorders and the signs and symptoms to look for:

-A decrease in food intake leading to a loss of body weight, which over a short period of time can become extremely low if left untreated.
-An intense fear of becoming “fat” or being “fat” often accompanied by an obsession with weight gain and behaviors designed to prevent weight gain or to lose weight at all costs.
-Restriction of certain food or food groups that previously were part of one’s food repertoire with no medical explanation to explain the restriction.
-A distorted sense of body image and often hours spent changing clothes or obsessing about how bad they think they look.
-A focus on body image being the way someone defines themselves, affecting their self esteem, solely based on that characteristic.
-A relentless pursuit of thinness and an unwillingness to maintain a normal or healthy body weight, accompanied by deliberate self starvation.
-A cessation of menses and/or an inability for the menstrual cycle to begin.
-Excessive facial or body hair because of inadequate protein in the diet.
-An unusual sensitivity to cold temperatures.
-Hair loss or compulsive exercise may be seen as well.
-Social isolation and secrecy around food, weight, exercise, and eating behaviors.

-A preoccupation with food and/or weight and body image.
-Often binge eating or consuming large amounts of food.
-Purging after eating either in the form of vomiting, laxative or diuretic abuse, restriction or exercise.
-Swollen cheeks that look like “chipmunk cheeks” or swollen glands.
-Broken blood vessels in the eyes due to purging.
-Purging is often hidden by vomiting, while in the shower or while running water, or exercising in secret behind closed doors.
-A feeling of being out of control or overwhelmed.
-Disappearance of large quantities of food.
-Binge eating disorder is indicated by similar signs and symptoms but is unaccompanied by purging after eating.
-A loss of tooth enamel and a wearing down of one’s teeth from the acid that accompanies vomiting or high acidic foods consumed.

Eating disorders are serious and can be life-threatening. Better to err on the side of communicating concerns to your son or daughter rather than looking the other way. Here is a list of available resources both locally and nationally to contact if you do suspect your child or teen is suffering from an Eating Disorder:

-The National Eating Disorder Association has a helpline that is available 9 AM to 9 PM Monday through Thursday or 9 AM – 5 PM on Fridays, Eastern time.Their number is 1-800.931.2237.

The National Eating Disorder Association will also supply a list of doctors, nutritionists, counselors and inpatient and/or outpatient facilities in your area.

-ANAD (Anorexia Nervosa and Associated Disorders) also has a helpline open Monday through Friday 9 AM – 5 PM, central time. Their number is 1-630-577-1330. They can also supply a list of resources in your area.

-The Eating Disorder Referral Center also can provide resources and referrals in your area. They can be found online at EDReferral.com.

There are others but these are three of the most highly recognized organizations for referral resources.

-I have been an Eating Disorder specialist for 34 years and there are many other counselors in the area that also work with children, teens and adults who have eating disorders. I also provide free referral information locally over the phone at (704) 365-7777 ext. 315. Psychology Today has a website that will allow you to read about various practitioners in the area and their areas of expertise.

-There are also a few local outpatient Eating Disorder clinics in Charlotte such as TranscendED in Matthews. Their number is (704) 708-4605.

-Renfrew operates an outpatient program in Charlotte, as well as inpatient programs in Pennsylvania and Florida. The local program contact number is (704) 366-1264.

-There are no inpatient clinics for treatment of eating disorders and the national ones such as Renfrew, Remuda Ranch (1-866-390-5100) and many others that the national centers can recommend are the wisest choice if inpatient treatment is needed. 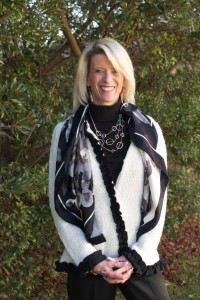 Ann Kreindler-Siegel, LCSW, MSW, MAEd, SEP is a Licensed Clinical Social worker in private practice in Charlotte, NC in the SouthPark area and has a dual Master’s degrees in Social Work and Counseling from Washington University in St. Louis, Missouri. During her career as a therapist, in addition to her specialization in treating people with Eating Disorders and trauma, she has also worked with numerous individuals and couples who have divorced, or are currently divorcing. Ann also teaches parenting workshops and works with many adolescents whose parents are divorced. She has worked in this field for 35 years and is trained in all modalities of therapy. Her most recent training is as a Somatic Experiencing Practitioner and she has received her SEP certification in 2010. Somatic Experiencing is Ann’s primary modality of practice mixed with psychodynamic, family systems and cognitive behavioral counseling techniques.

After earning the Certificate in Executive Coaching from Queens University in Charlotte, North Carolina, Ann achieved credentialing as a Board Certified Coach (BCC) and a Collaborative Divorce Coach.

As a Collaborative Divorce Coach and licensed and trained mental health professional, Ann can be a valuable resource to divorcing couples. She can assist individuals and families in crafting parenting plans and the negotiations of their lives going forward, as well as settling anxieties that are common during separation and divorce.

Somatic Experiencing techniques are aimed at settling the nervous system and allow smoother transitions and a gentler style of collaboration. Ann continues to work as a therapist in private practice and has added coaching to her career to assist individuals and families to create their best lives going forward. In addition, she has spoken on numerous topics nationally and internationally on Somatic Experiencing, Eating Disorders, parenting, attachment, shame, and coaching.

You can find Ann at www.gently-transition.com.

I wish someone told me sooner about…

Smarty Alert: The FlyBarre Challenge Kicks off on...

Smarty Alert: Kendra Scott gives back to In...