Meet the Paw-fect part of our Smarty Team! (Psst! There’s a giveaway!)

In honor of National Pet Day, CSP is celebrating our little furry companions by giving away this stylish bandana from Kiel James Patrick’s pet collection. It’s all the rage in the pet world! 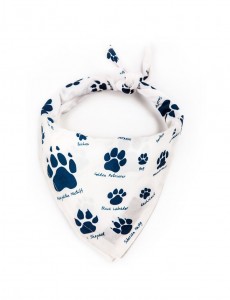 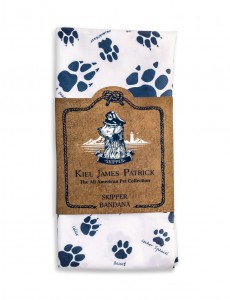 Muddy paws, Blazing trails, windblown fur, setting sail–no matter the adventure, our American-made dog accessories can weather the endeavors of even the most venturesome pup.

And with this fun giveaway, we wanted to introduce you to the pets on our Smarty team! So, without further ado, meet the Smarties pets in the QC! 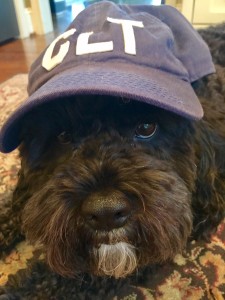 Henry Plym, age 4. Cavapoo. Best. Dog. Ever.
Henry completed our family when Mom volunteered to “foster” the live auction puppy at our school fundraiser. We were “puppy shopping” at the time and we were trying to prove to Dad that we were ready, but not yet. We didn’t want to pressure Dad or anything. What we didn’t plan for is falling in love with the baby doggie when we fostered him for the six days before the auction. Well, you can imagine how that went. Henry the Cavapoo – 1, Dad – 0. Henry now sleeps on Dad’s pillow every night. Not kidding. 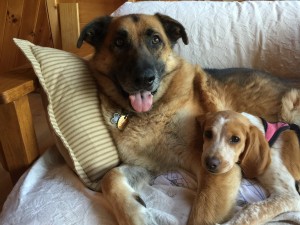 Zeke, age 8 (I think) German Shepard. My gentle giant. Zeke’s family was moving to Florida and could not take him with him. I could not resist this shy sweet animal. He has been the perfect addition to our little family.
ME (pronounced Emme) age 11 months, Beagle Mix. She is our little summer souvenir. Zeke needed a friend! The twins needed a puppy! I wanted a little girl…. I found ME at a rescue shelter in Thomaston, Maine during our summer vacation. You are probably wondering – who visits an animal shelter on vacay??? Not me, it was a Facebook post. I could not resist. It went down like this, I dropped my hubs off at the airport. My kids were with my parents. Nobody had any clue what I was up to – I went straight to the shelter and within minutes this little speckled pup was mine and the rest is history. 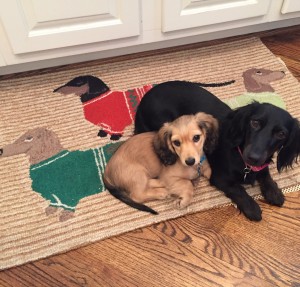 Daisy and Donut Perry, ages 1 year and 5 months respectively, are the two best (albeit naughtiest) miniature sausage dogs on the planet! We lost our 14-year-old miniature dachshund, Mollie (our first “baby”), in 2016. After a couple of months with no pup, we decided that we are most definitely dog people. We adopted Daisy (the black doxie) in May 2016 and quickly realized she was super lonely – and high maintenance without a friend. That’s when Donut came into the picture. We adopted him this year, and now we can’t imagine our family without these short-legged siblings. They are named after Mollie’s mom and dad, so we love that not only are we keeping the Southern family namesake tradition alive, but we also have a little piece of Mollie still here with us. Daisy and Donut love pepperoni, long naps (preferably in the sun), and laps – in that order. 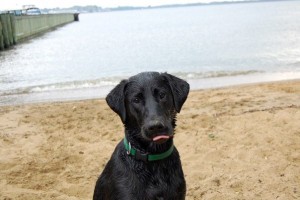 Molly, 9-year-old Black Labrador. “Dog Sister” to Jack and George Watkins. Molly is more a fish than dog and loves spending time swimming at the beach, but her most favorite things is retrieving the ball. If you tell her “game over,” she knows it’s time to pick up her ball and walk inside. Every night, Molly alternates sleeping at the foot of either Jack’s or George’s bed. Molly has lived all over! She was born in Yardley, Pennsylvania. She has lived in the West Village and Upper West Side of New York city, in Annapolis, Maryland and now in Charlotte, North Carolina. But Molly’s favorite place is wherever her family is. Give her a ball, about a football field worth of running space, and her family, and she is the happiest pet you will ever meet. 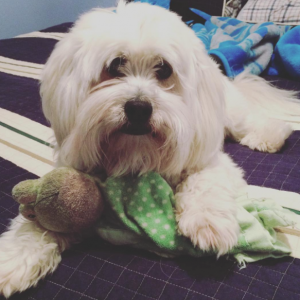 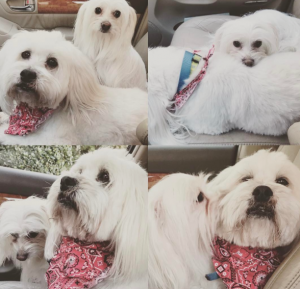 Charlie (rescue mix; age nine): I drove for hours to meet one year old Charlie. Our daughter named him Charlie after seeing a Charlie Brown movie. Ironically, when I was little I said I wanted to grow up and have a fluffy white dog named Charlie. I didn’t remember that until after she named him. Funny how things work out!

Loves: people, his frog blanket that he sleeps with every night, car-rides, other dogs
Hates: thunderstorms and being left alone
Quirks: picky eater, excessive water drinker
Bad behavior: recovering bolter
Tricks: rollover, shake, guesses which hand a treat is in by pawing at your hand

Pippa (Chinese Crested; age seven): I went to rescue a different dog and came home with a two-year-old hairy hairless Chinese Crested. Pippa’s first two years were not so kind to her, so she had to be rehabilitated. She was abused. ☹
Loves: all food, Charlie, sleeping under the covers
Hates: workmen, squirrels, big dogs
Quirks: growls when people raise their arms in the air
Bad behavior: garbage picker, food stalker
Tricks: dances – walks on hind legs while spinning in circles 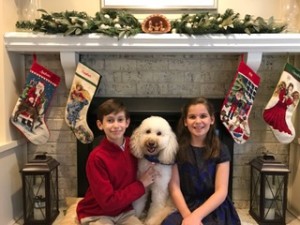 Cooper (4) came to us as a Christmas present from Santa in 2012. While our puppy time was very challenging, we now can’t imagine our lives without him. My original plan was to make Cooper a reading therapy dog, but we are still not convinced he can pass the therapy dog test. While he is incredibly sweet and loving, I seriously doubt he will ever learn to leave a treat behind just because I told him to. One of the best things about Cooper is that he can sense if someone in the family is sick—if you are, expect lots of snuggles and non-stop attention from this little fur ball. One of the worst habits Cooper has is breaking into the trash. We’ve still not found a way to Coop-proof it, but we keep on trying! 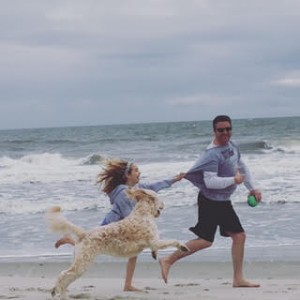 Just when you thought that sneaky “Elf on the Shelf” could not get into anymore mischief and create ultimate turmoil, he gifted us with Abbie a few weeks before Christmas 8 years ago. The sweetest most loyal girl, and probably our favorite child in this stage of family life 😉 Abbie is a golden doodle. The golden retriever in her makes her extremely loyal and she needs her people. The standard poodle in her keeps her on guard with a bark of authority.
She is such a lover and at 55 lbs she thinks and acts like she is a 6 lb lap dog, but we wouldn’t have it any other way! She is my daily reminder that life is good wish her love and adoring eyes. She more than completes our family, she is our family. 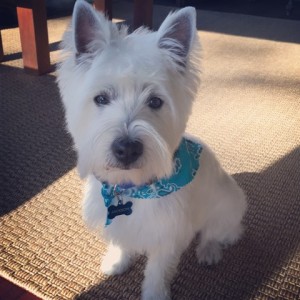 Jackson, 9-month-old Westie (West Highland Terrier) He is just the sweetest thing. It’s been so fun for my girls to be a part of raising him from a puppy. He is such a snuggler. We’ve had this breed before and just adore their spunky & playful personalities and sweet sides too!

Smarty Giveaway: Win a FREE week of SUMMER DAY CAMP at the YMCA (valued up to $300)!

One day left to enter the Green Jeans...

We have a Havanese puppy named Charlie. He’s mostly an indoor dog (think, little, white and fluffy) but he looked liked the hardened adventurer the day he turned up with a deer skull he had unearthed right in our yard!

Our lab, Callie, pretends she’s sound asleep on the sofa every night to avoid be placed in her crate. 😃🙄