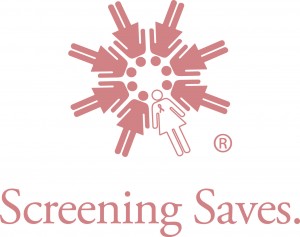 Here we go again. The confusion about mammograms reached new heights last week with the recent publicity of a Canadian study that questions their value. As a doctor who has had to deliver painful diagnoses and watch patients struggle with breast cancer, I want to set the record straight for Charlotte women: mammograms save lives. Women must not let media hype of a flawed study prevent them from getting this critical annual exam.

Here are the facts:

The early and accurate diagnosis of breast cancer is key to survival, and mammography is widely regarded as the gold standard for early detection – and the only test proven to save lives. A mammogram is capable of detecting breast cancer up to two years before it would be picked up by a manual breast exam.

Since 1990, when mammography came into widespread use, the mortality rate from breast cancer has dropped by 30 percent. Breast cancer survival, in other words, improved when we started testing for it regularly. With regular screenings came earlier diagnoses and this facilitated more effective and less disfiguring treatments. When breast cancer is detected before it has spread to the lymph nodes, the five-year survival rate is over 95 percent.

That is why the American Cancer Society, American Congress of Obstetricians and Gynecologists, American College of Radiology, and Susan G. Komen for the Cure® continue to advise annual breast cancer screening beginning at age 40.

And let us not forget that mammograms themselves have been getting better over time. For decades, mammograms were taken on film. Today, digital mammograms are the standard of care and are proven to be significantly more accurate than film. New advances like computer-assisted detection and tomosynthesis (3D mammograms) promise to make mammography even more accurate.

Mammograms have been indispensable in fighting breast cancer, so it is no wonder that a study claiming the opposite would cause headlines. The study rekindling the controversy, published in the journal BMJ last week and based on old Canadian data, contradicts about a dozen other studies that show mammograms are lifesaving.

The Canadian study relied on mammograms taken more than 25 years ago. Experts have pointed out significant flaws in the study design, the equipment used, the positioning of patients for the mammograms, and the training and expertise of the radiologists. The flaws in the Canadian data are so severe that the American College of Radiology has warned policymakers against using the study because it might lead to conclusions that put women’s lives at risk.

As a diagnostic radiologist who has specialized in breast imaging for over 25 years, I have witnessed advances in mammography technology, the increasing skills of sub-specialized radiologists in this field, and the impact quality mammography has had on women’s lives in our area. It would be tragic if fewer women decided to get their annual mammogram out of the misunderstanding or confusion that this study has caused. We can treat breast cancer only when we know it is there. The evidence continues to show—overwhelmingly—that mammography is the best tool in our arsenal to provide early detection of a disease that still strikes one in eight women. Mammograms do save lives, and one of them could be yours.

I believe I can fly!

Are you looking for a way to give...

Fitness Friday: All I want for Christmas is…

Celebrate with Pure Barre on Valentine’s Day for...

Smarty Momcast: An Interview with Emily Ratliff of...