Home Education Moon Science: Blast Off with a Book!
EducationEntertainmentSmarty Education CornerThings To Do

If you’re looking for a way to join NASA in support of the 50th anniversary of the Apollo 11 moon mission, try blasting off with a book. Non-fiction reads about the solar system are bountiful and there is certainly no shortage of children’s biographies on Neil Armstrong, Buzz Aldrin and Michael Collins. Check out the following books for younger readers as an introduction to the topic of space travel: 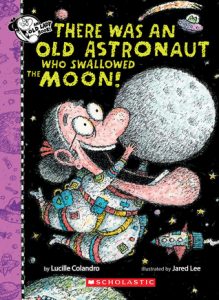 There Was an Old Astronaut who Swallowed the Moon! By Lucillee Colandro, illustrated by Jared Lee
Following in the vein of the previous books in this silly sing-along series, this time the Old Lady swallows the moon, followed by a star, a planet, a comet, a meteoroid, a rocket, and finally a satellite. And while it’s still a funny, pleasing tale to sing along with, this particular version has facts about the solar system and lunar travel interspersed between verses, as well as terrific back matter with space vocabulary and a Search and Find for rovers, solar panels and the Big Dipper. 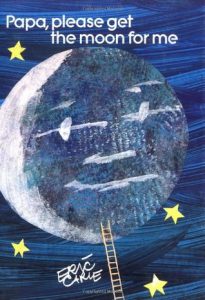 Papa, Please Get the Moon for Me by Eric Carle
This 1986 storytime classic by the author of The Very Hungry Caterpillar is, on the surface, a sweet tale of fatherly love but is also an early instructional method for teaching a younger child to notice how the moon changes shape over the course of a month. 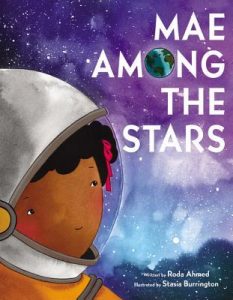 Mae Among the Stars by Roda Ahmed, illustrated by Stasia Burrington
Mae Jemison became the first black woman to travel to space when she was an astronaut on the space shuttle Endeavor. This sweet watercolor picture book is a biographical account of her early-childhood dream to travel into space, the heartbreak when her classmates and teacher didn’t support her and the glowing encouragement of her parents who made sure she knew anything is possible when one follows their dreams. It’s an awesome and empowering read for young space enthusiasts of any race and gender. 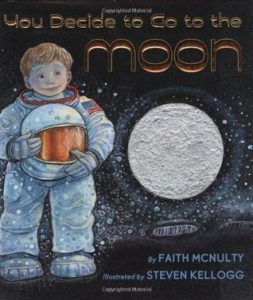 If You Decide to Go to the Moon by Faith McNulty, illustrated by Stephen Kellogg
This in-depth picture book is packed with intimate details about space exploration—how you must tie yourself to a bunk bed in the rocket so you don’t float away in your sleep, exactly what it would feel like to bound across the moonscape, the eerie soundlessness and vast lifelessness, the texture of lunar dust and whirring of machinery—and Kellogg’s mixed-media illustrations are filled with heart-stopping textures, moonscapes and colors. It ends with a particularly spectacular fold-out that features the marvelous variety of the planet Earth and a plea for being kind to the world you inhabit. 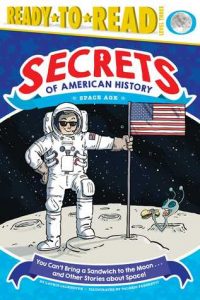 Secrets of American History: You Can’t Bring a Sandwich to the Moon… and Other Stories about Space! By Laurie Calkhoven, illustrated by Valerio Fabbretti
This Level Three Easy Reader has terrific stories and unusual facts about space travel. The short chapters cover everything from the super-secret method of transporting photographs by capsule to the elaborate ways in which 11 deaf volunteers took part in experiments, over 10 years, that contributed to the moon mission. The book also includes a story about a near-disaster with a smuggled corned beef sandwich and recalls the time that an astronaut’s microphone was on when he talked about how space food gave him gas. Those tales, followed by end-pages that lay out new NASA technologies, space inventions and artifacts left on the moon, makes this a speedy read for the space-curious.

Check out more titles with your Charlotte Mecklenburg Library card and we hope you have a blast reading!

What can you do this week for Childhood...

Preparing Your Little One for Preschool