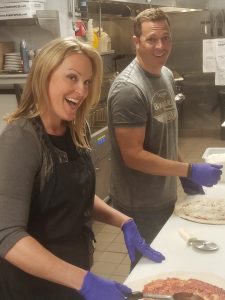 Each team has created their own deliciously creative pizzas. The team’s pizza that has the most sales during their “battle period” wins money for their chosen charity.

*During each battle, Parry’s is donating $5 per 18-inch battle pizza sold, with a $500 minimum donation to each charity. The overall winning team will earn a trophy, the honor of having their pizza listed on Parry’s menu, and $1 per pizza for the remainder of 2018 to their charity. 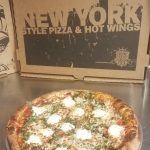 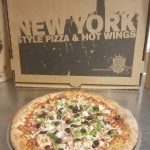 The winner from each battle will compete to determine the overall winner.
Participants will be announced on May 14

* $5 Per Battle Pizzas to Local Charities, $1 Per Winning Team’s Pizza to Charity for Rest of 2018

The community is invited to support local charities by visiting Parry’s during the battles and purchasing their favorite team’s pizza (18-inch). Battle participants and winners will be updated on Facebook and www.ParrysPizza.com/you-wanna-pizza-me.

Parry’s is your go-to spot when you’re needing a fix of New York-style pizza and a craft beer selection (100 draft beers to choose from) that has been diligently poured over with quality and local in mind. Our dough and sauce are made fresh daily, rendering a pizza that is both delicious and award-winning. A look further down our menu and you will soon recognize that we have the pizza-lovers and haters covered. From appetizers and calzones to salads and desserts, anyone can find something to pair with their craft-brewed beer. We do make a big deal about our craft beer and it’s absolutely legit, but we are a family-friendly establishment. Bring the whole family. There’s something for everyone at Parry’s. Your other restaurant and bar isn’t doing what we do. That doesn’t mean you should stop going there, it just means you should be spending more time here.

Smarty Giveaway: A week of Rookie Camp at...