Home Entertainment Smarty Gift Idea: the GizmoGadget™ (plus a Smarty Steal!)
EntertainmentParentingThings To Do

Smarty Gift Idea: the GizmoGadget™ (plus a Smarty Steal!)

I’m not one for gadgets and gizmos, but I have fallen in LOVE with the GizmoGadget™ by LG™. We got it for my 10-year-old son for Christmas last year (props to my hubby – totally his find!). He’s too young for a phone, but he likes to go around the neighborhood on his bike or scooter, sometimes stays home alone while I run a quick errand, and can be dropped off at extra-curricular activities. There are times when my husband and I really want to get in touch with him or would like to know where he is, but there’s no way we’re giving him the power of a smart phone yet (nor do we want yet another phone line on our bill!). I was SO skeptical of this thing that looks like an Apple watch without the price tag (it’s listed at $149.99 and costs us $5 on our Verizon bill every month). 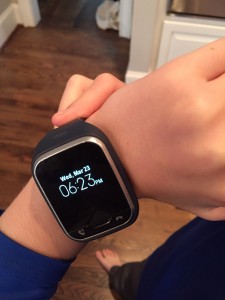 But, get this: the GizmoGadget™ actually works. Like legitimately works. He has a pre-set list of ten people he can make calls to and from (mom, dad, Mimi, Papa, sister, etc.). When he calls, it’s as clear as a normal phone. There’s an automatic call feature so if he doesn’t hear the phone (you’d think that’d be hard to do since it’s a watch, but sometimes he mutes it), it will automatically answer so he suddenly hears our voices at his wrist. I wish I could get this function on HIS BRAIN when he selectively listens to me.

We can text him (up to 30 characters) via the Gizmo Gadget app, and he can text back a set of pre-written phrases such a I love you, Where are you?, I’m here, that sort of thing. (You can also customize those phrases.) He’s even got animated emojis he sends us – an example of my wonderfully mature son’s text exchange between him and his little bro is below :-). 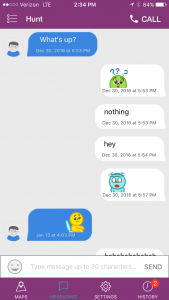 I can find him via the GPS tracking device on the app (LOVE this feature when he’s at friends’ houses or biking around the block). It has a fitness tracker, timer, stopwatch, compass, and his teacher allows him to wear it at school so long as it’s muted. The Verizon web site says it’s waterproof, but my son isn’t taking any chances :-). 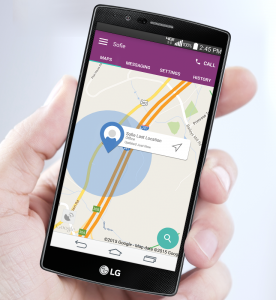 There’s also the GizmoPal® 2, which has a lower price point. Check out details here.

Bottom line: this is the PERFECT thing for kids who aren’t ready for a phone but still need some sort of communication device – I’d say ages 8-12. It’s given me peace of mind and him a little test in responsibility. I figure if he can take care of the GizmoGadget for a couple of years without damaging it or losing it, he’s about ready for a smart phone (after a talk on Internet safety).

Smarty Steal: Receive a $10 credit toward your Verizon account when you purchase a GizmoGadget or GizmoPal 2

Today’s Smarty Steal is a little specific, but it’s worth it. Head straight to the Verizon store in the Arboretum, ask for Patrick Sheppard, and tell him you read about the Gizmos on CSP, and you’ll receive a $10 credit to your Verizon bill! Every $10 helps, right?!

Smarty Scoop on Weekend Events: May 5-7