This is another one of those times when I’ve read quite a bit but nothing stands out as excellent. That’s about to change, because I’m in the middle of Purity, Jonathan Franzen’s new novel. I’m sure I speak for everyone on earth when I say he’s an unparalleled maestro in the realm of spectacular sentence construction. Stay posted.

So…this week, I’ll just summarize a few things I‘ve read lately, some of which you may want to avoid spending money on. All of these books have redeeming characteristics, but, sadly, they were not for me. Lots of people loved these, though, so maybe you’ll disagree.

First up:
Ghost Fleet: A Novel of The Next World War, by Peter Singer and August Cole. Military Fiction, 416 pages. 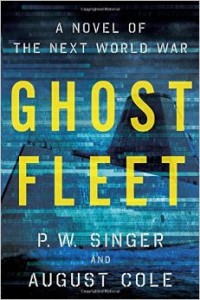 One of the authors—Peter Singer—hails from Charlotte, and he sounds cool as all get-out: one of the world’s leading experts on 21st century warfare, Popular Science editor, mega-genius consultant to every possible spy agency, etc, etc. The book is billed as a techno-thriller about World War III, which takes place after China attacks the U.S. It’s a bestseller with glowing reviews, like “eminently readable,” “engaging,” “smart update to Tom Clancy,” and so on.
All I can say is these reviewers must have been baked out of their minds. I loved the concept, and the amount of technical information crammed into the novel is awesome. But from a literary standpoint, it’s completely incoherent. Too many characters, too little exposition, too many short, unrelated vignettes. If you are going to read it, I’d suggest getting a paper copy, so you can flip back and forth to review concepts and characters. I really wanted to like this one! But I’m kind of embarrassed to say I couldn’t finish it. 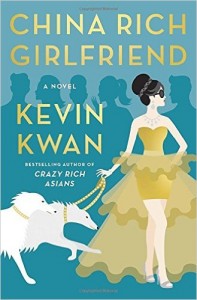 Sadly, this was another one where I find myself baffled by good reviews. (Maybe it’s me?) I enjoyed Crazy Rich Asians, Kwan’s first novel, which was also about social-climbing billionaire Asians. And let’s face it, no matter how wholesome/literary/unworldly you are, you secretly enjoy reading about rich people up to no good. We all do. We like reading about socialites who have gift rooms stuffed with hundred of Hermès bags (at $100,000 a pop) because it allows us to instantly feel morally superior, right? (If I had an extra million dollars to spend on handbags, I’d only buy one Birkin, and then I’d feed refugees with the rest. Obviously.) The plot here is supposed to be about Rachel Chu’s search for her absent father, but, like Ghost Fleet, the storyline flits around between too many characters and too much extraneous stuff, so that it’s very hard to follow. It’s fluffy and tawdry and ridiculous, with a satisfying amount of dirt on the Asian uber-wealthy crowd, if that’s what you’re looking for.
Note: also better on paper than on an e-reader, because there are cultural footnotes at the end of every chapter. 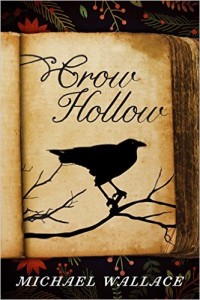 This story is set in Puritan New England, where young, beautiful, widowed Prudence Cotton embarks on a desperate hunt for her kidnapped daughter, aided by English spy James Bailey. Together, they must battle murderous Indians, murderous and treacherous Puritans, and the murderously cold Massachusetts winter. Too many clichés, you say? You are correct. I’ll be honest: I tend to like stories set in America’s earliest days, because the contrast between the savagery and the extreme moralism of that time period is fascinating. But this story is sort of historical-lite and formulaic. Wallace crams in plenty of enthusiastic descriptions of scalpings, torture, and sex—so there’s something for everyone here—but it feels forced. (Would the young women of the novel really be willing to risk the stocks, social ostracization, and even a noose for some unmarried nookie? I’m thinking maybe not. Although, that doesn’t leave much of a plot.) My verdict: it’s okay. 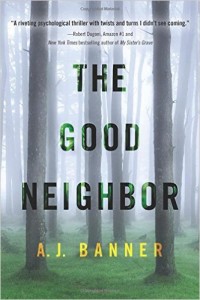 I got this one for free, and therefore it was worth reading. (It’s also a very quick read.) Sarah McDonald, of tiny Shadow Cove, Washington, endures tragedy (a fire kills her neighbors and destroys her home), only to find herself snared in an unforeseen web of danger and deception. The author does a nice job of invoking a Twilight-esque sense of place: hushed, damp forests; quiet small-town beauty, etc. (And as a weird aside, I’ll just say I’ve never read a book that focuses so much on gripping descriptions of how things smell.) But the characters, conversations, and events don’t seem real, the plot is predictable, and the protagonist is a dingbat. Again: it was just okay.

Jump into fall with Jumperoo at Urban Air...

Children’s Theatre of Charlotte: ‘A Sick Day for...