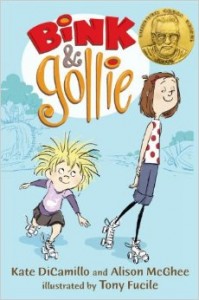 My household got slaughtered last week by a vicious, soul-sucking GI virus similar to Ebola. I zombied around without sleep for 898 straight hours, while enduring a constant spray of foul bodily fluids from whichever prostrated child I was holding, trying not to whine about my own barfy exhaustion. If you have a kid, you’ve been there.

Anyway, in lieu of a new review, I’m handing in a list of books I can’t live without. I love some of them because they’re fabulous, inventive stories, some because of the writing is phenomenal, and some because the content awakened me to new avenues of thought. (That is why I read—nothing makes me happier or more revved up than a brand new idea!)

I’m sure in my pathetic sleep-deprived condition, I’m forgetting loads of my favs, so brace yourselves for another list in the future. I would love to see other people’s lists too! Write in!

So… In no particular order…

Thank You For Smoking (Christopher Buckley, 1994, Satire)
Think you have career obstacles? Nick Naylor is the PR guy for the tobacco industry. It’s a fluffy read, but for some reason, I’m endlessly attracted to Buckley’s caustic skewering of America’s spin doctors.

Reamde (Neal Stephenson, 2011, Thriller)
It has a weird title and is 1000 pages long, but don’t be deterred. The plot hinges around a massively multiplayer online role-playing game (aka MMORPG, in case you are not a computer geek), weaving together an international cast of characters, including “a super-rich CEO, a Chinese hacker, a rogue Russian mafioso, an assimilated East African beauty, an itinerant Hungarian software programmer, two insanely prolific fantasy writers, and guns, guns, guns,” according to Amazon’s review. Once you’re hooked, you cannot stop. Trust me.

The Little Friend (Donna Tartt, 2002, Literary Fiction)
This is my favorite of her three novels, although I am also a huge fan of The Secret History. But it is the least popular of her books with everyone else. C’mon, people! Maybe it’s because I too am a Southern child of the 1970s, but I found this novel—the story of ultra-clever, manipulative, twelve year-old Harriet Dufresne, sister of a murdered child—to be so realistic it hurts. The writing is luscious, insightful, unique, and dreamy. You can open any page and marvel at the perfection of Tartt’s sentence construction and the power of her words. It’s not a traditional mystery, tidily wrapped up by the end, and it’s long and slow. But I swear when I read it, I become Harriet, and I see every detail of her world.

Eloise (Kay Thompson, 1955, Children’s Fiction)
Okay, so Eloise is not a role model. She’s the personification of trouble, employing her vivid imagination to wreak havoc at New York City’s Plaza hotel, where she lives in merry autonomy with her nanny, her dog and her turtle. I absolutely wanted to be Eloise when I was a child. I still kind of do.

A Primate’s Memoir: A Neuroscientist’s Unconventional Life Among The Baboons (Robert M. Salposky, 2001, Ecological Memoir)
I would have thought I already know about living among baboons, because I have an 8 year-old son with a bunch of friends. Ha. I would be wrong. From the terrific opening lines (“I joined the baboon troop during my twenty-first year. I had never planned to become a savanna baboon when I grew up; instead, I had always assumed I would become a mountain gorilla,”) to the heart-wrenching ending, Sapolsky’s humor, obsession and brilliance shine through every page of this touching account of his decades studying primates in the Serengeti.

Bink and Gollie (Kate DiCamillo and Alsion McGhee, 2010, Children’s Fiction)
First of all, why be beholden to the boringness of traditional names? ‘Bink’ and ‘Gollie’ are super-fabulous names for little girls. Makes me wish I was named Zorch or Hooah or something. And one of them lives in a tree house! There are apparently no parents! B & G are best friends who display stellar vocabularies and biting wit as they romp through the mini-adventures that compose childhood. My heroes! Like every really well-written children’s book, this one transports you through the alternate-reality lens of a kid.

The Bonfire Of The Vanities (Tom Wolfe, 1987, Literary Fiction)
Wolfe is wordy, but he’s a genius at describing a scene, especially if you’re partial to wry, witty commentary. He can spend two pages on a guy eating a sandwich, and you’re glued to each word in amused fascination. His quintessential saga of ‘80s era Wall Streeters is a cultural masterpiece.

The Pillars Of The Earth (Ken Follett, 1989, Historical Fiction)
The word ‘epic’ is overused. (Stop it, Millennials!) Forgive me, but I think it’s fair to describe this book as epic. It’s another 1000-pager; the tale of the construction of a cathedral in 12th-century England. Follett uses fairly contemporary language, and his writing style is not always discriminating. But: in a story that spans several generations, my interest never flagged. Chock-full of compelling historical, architectural and cultural details.

The Big Short: Inside The Doomsday Machine (Michael Lewis, 2010 Financial Non-fiction)
Raise your hand if you understand the intricacies of what caused the banking meltdown of 2008. No? Well, you should, and Michael Lewis is the man to explain it, because he will make it comprehensible, and also—miraculously—interesting. Great writer.

The World Without Us (Alan Weisman, 2007, Environmental Science)
I would really like to inhabit the inside of Weisman’s head for a little while, because this is a guy who—at some point—thought to himself, “Maybe I’ll write a book about what would happen to earth if every single human being suddenly bit the dust.” Structural engineering? Atmospheric science? Zoology? Physics? Paleontology? It’s so cool!!

The Fault In Our Stars (John Green, 2012, Young Adult)
Here’s an assignment for you: Write about some kids disfigured by cancer. Make it smart and hip and humorous. Your characters must hugely lovable but achingly real. Avoid being sappy or maudlin, but your words must cause your readers to writhe with the effort of holding in both laughter and sobs. That’s what John Green did here.

A Walk In The Woods: Rediscovering America On The Appalachian Trail (Bill Bryson, 1998, Travel)
Hands down, my favorite author of all time. The man simply cannot write a boring sentence. I’m crazy about all his books, but I’ll pick this one for the list because his tale of hiking the AT with a slovenly friend in tow always reduces me to feeble, helpless snorting. Love!

Smarty Alert: Kendra Scott gives back to In the NIC of Time THIS Thursday

My eleven year love affair with My Gym...

Smarty Save the Date: ‘What Fresh Hell: Laughing...

Power of music, and Music Together