Home Parenting For the Glory Of Love! Stop Talkin’ Dirty to Me in Carpool
Parenting

For the Glory Of Love! Stop Talkin’ Dirty to Me in Carpool

The other day I had a small mid-life crisis in carpool. You see, that stinkin’ Jason Derulo song, “Talk Dirty to Me” keeps popping up on the radio around 3:00 pm – right about the time I have seven elementary school kids in my car. The first time it happened, my second grade son asked me what “talk dirty” is. I had to carefully deflect the question, change the channel, turn up the volume and “let it go” (where is Frozen when you need her?!!?). 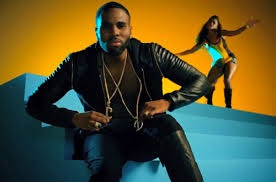 The second time it happened, I was deep in thought planning out the comings and goings of my afternoon. A fifth grader in my carpool suddenly said, “Um, Mrs. Perry? Isn’t this song really bad?” Ummmmm, yep. Thanks, buddy. Quick change to the Country station.

Dangit, Jason Derulo!!! Why, why, why? Why does your dirty song have to keep coming up during MY carpool hours? I cursed him (only slightly because I actually L.O.V.E. some Jason Derulo), the radio producers, the songwriters, everyone involved in the situation that led me to risk SEVEN elementary school kids asking me what “talk dirty” meant. No one can handle those kinds of questions while riding in a minivan at 3 pm. It’s just not possible.

Then after I was done cursing them all out, I suddenly felt very, very old. Like older than mid-thirties. I looked at the stereotype I had become and just thought How did this happen so fast? I am a soccer mom. In a minivan. With crow’s feet and a gaggle of impressionable kids that might ask me really tough questions that I am not prepared to answer. Will I ever feel prepared? Just because I look the part doesn’t mean I can actually play the part without wincing just a little bit.

Before having a complete meltdown, I did what I do in every other parenting dilemma I incur: I thought back to my childhood and how my parents survived it. Surely there were “talk dirty to me” songs in the 80s? I mean, I know for a fact that Madonna was writhing around on stage in a wedding dress singing “Like a Virgin” in the early 80s. I watched it. And, I never landed in jail for prostitution. Maybe my kids won’t be set on course to live a life of drugs and prostitution if they occasionally hear some questionable lyrics in second grade?

Just for fun, I looked up what songs were popular when I was in second and fourth grade because my second and fourth graders are the ones who pay the most attention to the radio…just to see if my theory holds up. Here’s what I found (mind you, I can still sing at least the chorus to all of these – if not 90% of the song – I bet you can, too, so you can thank me now for getting these songs into your head this morning).

Second grade is 1984. Hmmmmm, ok, pretty innocent, folks. Kenny Loggins had us all jacked up with “Footloose” and Cyndi Lauper proclaimed that “Girls Just Wanna Have Fun.” The “dirtiest” song I could find was “Islands in the Stream” by Dolly Parton and Kenny Rogers, and that’s only slightly PG-13 because of the old joke about Dolly’s own pair of “islands in the stream” that I still remember from second grade. This was also the year of “Ghostbusters” and “Let’s Hear It For the Boy” (dang, that “Footloose” soundtrack was good).

And fourth grade is 1986. “Papa Don’t Preach” by Madonna and “We Don’t Have To Take Our Clothes Off” by Jermaine Stewart are the worst I could find, and I am pretty sure I was too wrapped up in Dionne and Friends’ “That’s What Friends Are For” and Whitney Houston’s “How Will I Know” to pay much attention to what Madonna actually didn’t want her papa preaching to her about. 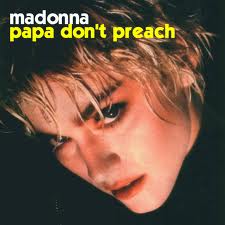 So, two things Smarties: What song keeps popping up during your carpool time that has you crawling for the floorboards? And, look up your favorite year in song – does it surprise you what you listened to? 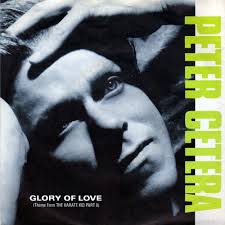 Smarty Scoop for Weekend Events: May 23-26

Smarty Giveaway: One year of free classes at...

Eliminate your catalogs – save a tree.

5 Tips to Ensure Your Family is Safe...

OK…this made me laugh! C, who is FOUR, has asked 4 times in one week to turn up the radio when “Talk Dirty” comes on. This is the first time she has ever recognized any song, and you are right, it is on the radio 10 times a day, all during carpool/kid activity driving times. Fortunately, she does not understand lyrics AT ALL, and just likes the tune…but really…never asked to turn “Happy” or any more innocent tune up on the radio. P and I spent our own time reflecting on lyrics this week and decided that we still get to listen to adult music in the car as I am not ready to give into kid tunes in the car, my second home. And, I will stand by the fact that C just doesn’t get it, much as I never got “LIke a Virgin” or many other tunes from my childhood. And, we did come out OK, right?

It doesn’t get ANY WORSE than us listening to Like a Virgin and Papa Don’t Preach in CATHOLIC SCHOOL!!!

I think half the stuff goes over their heads until one bad egg in the carpool sheds some light. I made the switch to country recently and my boys have really tuned in. They noticed that “country people really like beer, don’t they mom.”’ Ummm, yup, I guess they do. And broken hearts.

In elementary school, I remember singing the lyrics to “Like a Virgin” – like a virgin, touched for the very first time – I did not know what a virgin was and my mother asked me “Do you know what you are singing?” and I was embarrassed that I did not know and I defiantly rolled my eyes and said “Um, yeah, MOM.” A couple of yrs ago we were at the SGCS/CCHS tailgate and I had XMradio on LOUD and the FLO RIDA song “Whistle Baby” came on. Jen said “we gotta turn that garbage down” and I said “why, I like that song” and she said “LISTEN TO THE LYRICS and then tell me how you like it”. Oooooopsie!

Haha this happened to me as well and friend told me to come read your Blog! When my son asked what “Talk Dirty to me meant” his twin sister told him it meant trash talk, like “your Stupid” so lucky for me it ended with that, but yes it comes on the radio everyday at 3:00pm.
Thanks for sharing-