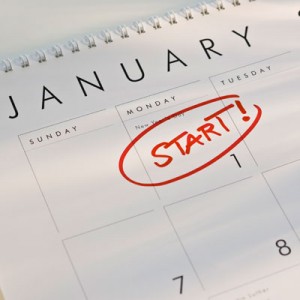 The start of the new year offers something of a clean slate for everyone to start with as it gives people an opportunity to improve themselves or certain aspects of their lives with their New Year’s Resolutions. This year however, I faced the same problem as many of my friends: I could not think of a New Year’s Resolution.

I realized that many people my age either don’t have resolutions or have the same resolution. The most common ones I could think of was wanting to be more fit, to eat healthier, to make more money, or to manage time better. I realized that all of these resolutions were perfectly fine, but they weren’t really anything I wasn’t already trying to do or doing in my everyday life. By the time New Year’s Eve had come around I still had not thought of a good resolution, and at that point figured that I would have to take up one of the generic resolutions that I felt I was already keeping up with.

My family spent the holiday on Hilton Head Island, and on New Year’s Eve four of my closest friends and I went to the Harbor Town Lighthouse to watch the ball drop at midnight. Just before the ball dropped my friends and I talked about the past year and the year to come. We realized that in exactly a year we would be getting college acceptance letters, and then shortly after we would be graduating high school, then going to college in a matter of months. In just a few seconds I felt like the next year and a half had already passed, and to say the least I did not like it. It was so easy for me to think about where I want to be in a year. I want to be getting my college acceptance letters to the schools I applied to. I want to have just finished a successful school tennis season. I want to have gotten much better at piano. I want to continue doing well in school and stay close with my friends and family so I can maintain good relationships with all of the people I love after I go off to college. I realized that all of these things were my resolutions. These were the things I want to have accomplished in the next year, and these were my goals. It turned out that I knew exactly what my resolutions were, I just had to work out how to successfully accomplish them.

Many people have a hard time thinking of their resolutions, but after talking to my friends that night, we all realized that we knew exactly where we wanted to be in a year and that was the easy part of coming up with a New Year’s Resolution. The hard part was trying to figure out how to get there and what you could do to get there. I made a list of the things that I wanted to do within the next year and started brainstorming over what I could do to achieve them and make my year worthwhile. On New Year’s Eve I realized that this holiday is a glimpse into your future, and where you want to be in exactly a year. It is a reminder of your goals, and it gives you the hope and motivation needed to accomplish them.

Where do you want to be next year, Smarty readers?

Bringing sexy back… with him watching