Such a huge tip, Smarties….FROZEN, the hit Broadway musical based on the blockbuster Disney movie, begins an 11-city North American tour on Thursday, and one of those cities it will visit is CHARLOTTE! Blumenthal Performing Arts is welcoming Frozen the musical to Belk Theatre this June! Shows will run from June 15-26. Just as the national tour kicks off on Thursday in Orlando, Fla., Blumenthal is opening up a presale with the discount code Y4BSJ9. Tickets go on sale at 10 a.m. on Thursday. The priority access is valid through 8 p.m. on March 3.

Click here (or bookmark) to purchase tickets when they go on sale Thursday at 10 a.m. 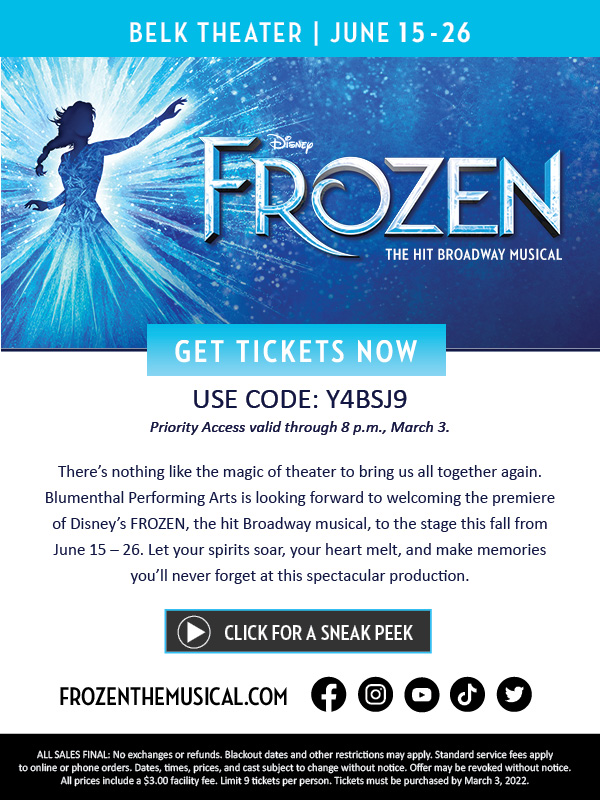 From the Smarty Health Corner and CEENTA: How acid reflux affects your sleep

LAST CALL for Summer Camp Under the Tree:...

Check out one of these beaches this summer!