From the Smarty Health Corner and Novant Health: How weight-loss surgery transformed this N.C. mom

Collarbone visibility isn’t something most people consider a measuring stick for progress.

“Before CoreLife, I don’t really know the last time I noticed my collarbone,” said Lloyd, operations director for a company that provides psychological evaluations and medical support for public safety and other safety-sensitive occupations. “Now, I can feel it, and when I tap it, it sounds like a bone. I can even see it in my pictures.”

CoreLife clients have access to a care team that includes a registered dietitian, nurse practitioner, exercise specialist and licensed mental health professional who work together to create and manage a health plan based on the client’s needs, goals and current conditions.

CoreLife, which has several locations in the Winston-Salem region, plus one each in Greensboro and Salisbury, is expanding to Charlotte with the opening of two locations this month.

At her heaviest, Lloyd weighed 298. That was in 2017 – a few months after the birth of her daughter. 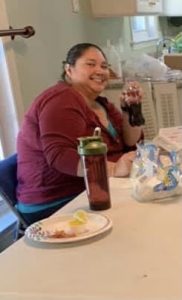 Lloyd, 40, had struggled with a variety of health problems since she was in high school. “And, more recently, in my twenties, I had joint problems, chronic back pain and meralgia paresthetica, a nerve pain disorder,” she said. As the pain increased, so did her weight.

And then came another kind of pain.

“After I had my daughter, I started having really severe migraines,” she said. “And one of the things that kept coming up was: overall health is going to help you feel better. After trying a number of things and just not being able to get the baby weight off after two years, I really started looking into weight loss options. I’m someone that needs extra motivation and something to hold myself accountable.”

“I had to go on a liver-shrinking diet for four weeks before my surgery,” Lloyd recalled. She had two protein shakes a day, one meal and two snacks (one protein and one veggie). Not every patient has to do this before their operation.

“We strongly believe preoperative education – where capable patients and their family members understand all their options – is a big part of what it takes to be successful,” said her surgeon, Walsh, of Novant Health Bariatric Surgery in Kernersville.

In Walsh, Lloyd found someone who gave her all her options in layman’s terms – and who was “a big cheerleader every step of the way.” In fact, she found his entire staff to be supportive and encouraging and took advantage of all the support offered, including the Facebook support group.

Weight-loss surgery isn’t magic, although the results can appear that way. Losing weight and keeping it off comes with patient responsibility. Walsh said Lloyd was ready to do her part. “I taught Holly about the things she needed to do to be successful,” he said, “like changing the way she ate, focusing on protein intake, good-quality carbohydrates and regular resistance training exercise. She totally embraced all of it.”

Walsh introduced Lloyd to the idea of CoreLife, as a way to sustain the changes in her lifestyle longer term. “She wanted a place to go to call her ‘bariatric home,’ he said. “I told her about Novant Health’s partnership with CoreLife.” Not only is their philosophy aligned with Novant Health’s – but they also have a gym, he said. “And it’s open only to bariatric patients,” he added.

Her work at CoreLife helped her get her weight down to 273 before surgery. She’s lost a lot more weight since her operation – over 100 pounds. She now weighs a much healthier 163 and is still shedding pounds. 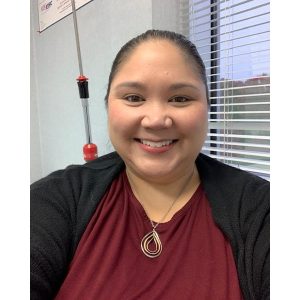 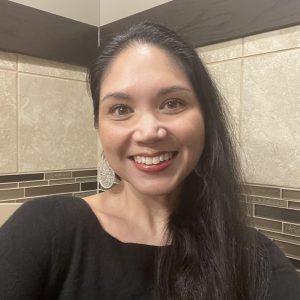 While her bariatric operation helped her achieve amazing results – it “turbocharges” the changes the patient has already begun, Walsh said – patients who undergo the procedure still have to adhere to a healthy lifestyle plan to keep the weight off. Lloyd has cut down on high-sugar, high-fat, and high-calorie foods and increased her intake of proteins, vegetables and aimed for a more balanced diet.

“Not everybody is truly a surgical candidate,” Walsh said. “Not everybody should have an operation. But everybody who is interested in losing significant weight and keeping if off should get educated on their options and be given the opportunity to choose. But you must be psychologically ready for the surgery and its aftermath and willing to make a dramatic change in your day-to-day lifestyle. Holly was. The results after surgery are worth it. Diabetic patients have a chance to cure their Type 2 diabetes. Patients with high blood pressure and cholesterol have chances to resolve those problems as well, after surgery.”

Lloyd doesn’t have a goal weight, she said. “I wanted to be out of the obese range in BMI. I think around 135 to 140 would be good for me. I’m also at the beginning stages of consulting for excess skin removal, which will be more weight off.”

‘They celebrate your highs’

The CoreLife team, including Kristen Byrne (a registered dietitian) and Kari Walker (a nurse practitioner) helped her along the way. Lloyd also worked twice weekly with CoreLife personal trainers, including Zach Livengood.

“Zach did a movement consultation with me at the beginning, and he found a lot of my movement problems stemmed from one hip not being as strong as the other,” she said.

The trainers helped Lloyd build her strength through resistance training 30 minutes two days a week. She walks on a track near her house on other days.

After Lloyd’s November 2020 surgery, she returned to CoreLife to continue her weight loss progress, along with her regular visits with Walsh and the surgical team.

“My entire team has been great in helping me reach my goals and keeping me motivated,” she said. “They celebrate your highs with you. They even gave me this cute certificate for reaching a new fat loss goal, and then I got to put my name up on the board.”

While the nutrition, medical and fitness guidance has made a tremendous difference in her life, Lloyd said the accountability that comes with visiting CoreLife is the main key to her success.

“If I have an appointment – and if I’m paying for it – I’m more likely to go and do it versus watching something on YouTube,” she said. “Now, I coordinate the rest of my schedule around visits, and I’ll reschedule if I can’t be there.”

“I’m way more active than I used to be,” she added. “I can run up and downstairs, not get winded when moving around and my back doesn’t get as sore.”

“I just got back from a trip to California to see some family,” she continued. “We walked around a lot, and I didn’t get as winded or tired walking as I used to. I have a 4-year-old daughter, and I’m able to keep up and do things with her. And I sleep better. My husband, Jeremy, says I don’t snore anymore.”

Her migraines have gotten more manageable, too.

Lloyd considers CoreLife a key part of her success after her operation. “You can stick with anything for a couple of weeks or a month,” she said. “Once you get into the routine, you’ll notice a big change.”

Such as seeing a collarbone.

Smarty Cooking School: Make Your Own Grain Bowls For Dinner

A Healthy Meal for those Nights you feel...

From the Smarty Health Corner & CEENTA: What...