Our kiddos need something to look forward to too

ISLE OF PALMS, SC – One thing I’ve learned during the pandemic is that my children need things to look forward to as much as I do.

One morning almost two months into sheltering in place, while my three sons were eating their oatmeal, I flipped over our kitchen wall calendar to May. It was totally blank. There was not one activity listed, not a birthday party, school function, doctor’s appointment – nothing, unless you count a couple of preschool parents’ meetings that were now reduced to zoom chats. 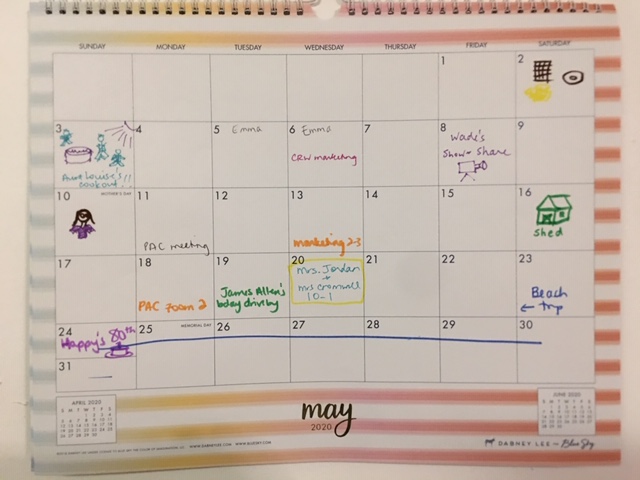 I could almost feel three little hearts sinking behind me.

The questions started soon thereafter. Then came the suggestions for things to draw. I normally keep a pretty colorful calendar, adorned for my 4-year-old and twin 2-year-olds with pictures of birthday cakes for parties, musical notes for school concerts, underwear to mark certain, um, potty training milestones. But staring us in the face for May was a bunch of white space. I knew I had to come up with something.

Normally my husband and I take our three boys to the Tryon House Restaurant for breakfast every Saturday morning. It’s a family tradition. Our shelter-in-place version had become taking the boys a mile up the road to my sister’s house for eggs and bacon. At least we got a change of scenery and good company. In my haste to cheer them up, I drew a yellow blob for scrambled eggs and some brown crisscrosses for waffles on the upcoming Saturday’s square.

We had plans to cook out that Sunday afternoon and swim in my sister’s backyard “circle pool” – the heated whirlpool adjacent to her swimming pool – where the boys could “swim” in cooler spring temperatures when we were itching to give them something fun to do. So on Sunday’s square, I drew a sun and a circular “pool” in purple ink, and three little stick figures for my boys in blue. Already the real little figures behind me were starting to perk up. They began chattering away about our suddenly big plans for the weekend.

I sketched out an old-fashioned video camera for May 8th, the day my 4-year-old son Wade was scheduled to record a show-and-share video for his preschool classmates. I drew a smiley face with long brown hair on the Mother’s Day square – hey, it doesn’t hurt to remind people – a cake on the 24th for my mother’s 80th birthday. I was starting to feel better too.

There was one big event for May that I’d been holding off on putting on the family calendar anyway. We had a beach trip planned for the last week of May and first week of June. My sister had invited us on a family trip to Isle of Palms, S.C. But I’d been following the news closely in South Carolina and the beaches were still on “keep moving” status. That meant you could only exercise on the beaches, as in bike, walk or run. How would I possibly tell three young boys they couldn’t sit in the sand and play? I was going to hold off on a decision whether we would even go.

Luckily on May 8, the mandate was lifted. I got out the blue pen to write the words “Beach trip” with an arrow head on May 23 and drew a long blue line through the end of the month. Our anticipation was officially on, and I just sat back and enjoyed.

My boys were all over it, and I wasn’t surprised by it. By now, I understood that they weren’t just little toddler-heads happy to be occupied by the next task, toy or activity to come. They were little humans, with emotions, needs, and feelings. This coronavirus shutdown was hard on them too. 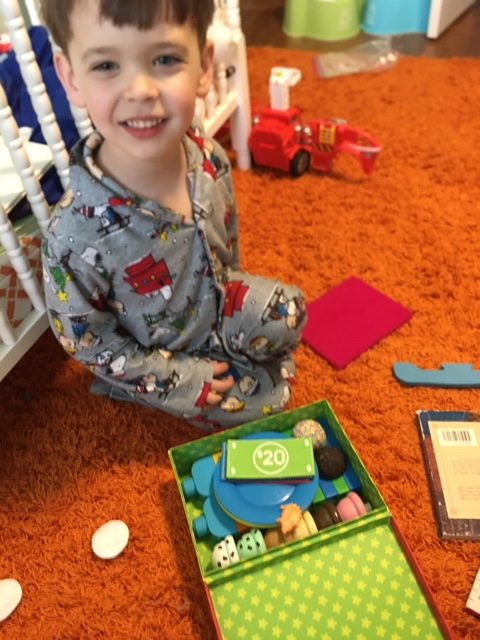 I think our boys must have “packed” for the beach every day for a week before we went. My son Wade 4 would take a puzzle case that looks like a mini hard-covered suitcase and pack it with his favorite toys. He must have unpacked and repacked that thing five or six times. He encouraged his younger brothers Johnny and Wes to load up their own little backpacks with stuffed animals and blankets. We talked about going to the beach over meals, during car rides to Starbucks, at night before we tucked them in for bed.

The anticipation was just what we needed, maybe even as much as the trip itself. And I can say that as I type on my laptop at the kitchen table of the beach house. And we’ve had a great time too. 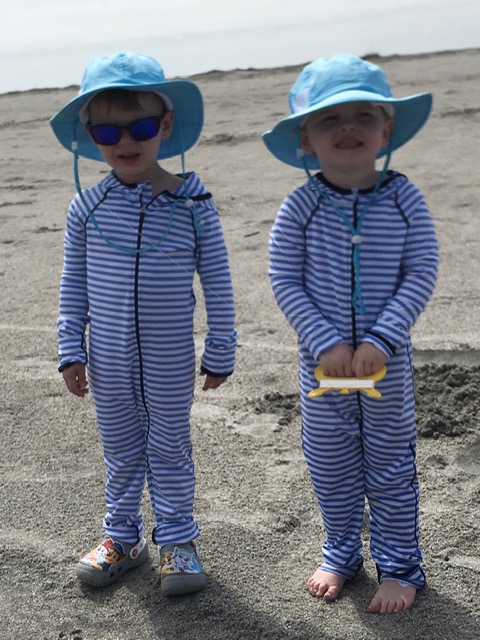 By the time this blog posts, the calendar will have just flipped to June. The summer is looming pretty large for everybody – or at least long. Summer camps are cancelled. Sports leagues are in doubt. And we’re even wondering if it’s safe to go to the neighborhood pool or invite a friend to a playdate.

This much I know, whatever it is we figure out to do this summer, even if it’s just a picnic in a grassy field or cooking burgers on the grill on a Friday afternoon – it’s a good idea to get the pens out and get something up on the calendar.

From the Smarty Health Corner and Novant Health: Clean and safe: the focus is nonstop at clinics and hospitals

From the Smarty Health Corner and Child & Family Development: OT During Quarantine: Strategies and Resources

Smarty tips for the best couple’s staycation EVER

Smarty Save the Date: Joined in Education’s ‘Teach...

Charlotte activities for your PRE-preschool child