“There’s more to our history than slavery, jazz, sports, and civil rights marches,” says Mr. Mital in NBA Kareem Abdul-Jabbar’s book “What Color is my World?”. Mr. Mital has a point, so this African American History Month let’s recognize and respect the miles these Americans have walked, while also celebrating their many successes.

Charlotte Mecklenburg Library offers programs to highlight and celebrate the contributions of these Americans, some of which are listed below. If you loved “The Hate U Give” by Angie Thomas or are waiting to read it with us for Community Read 2019 this March (we hope you are!), below are some titles written by African American authors that you might enjoy while you wait. 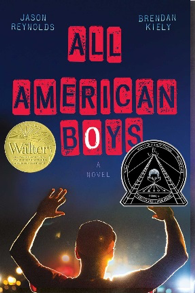 All American Boys by Jason Reynolds and Brendan Kiely
This 2016 Coretta Scott King Author Honor book and recipient of the Walter Dean Myers Award for Outstanding Children’s Literature is co-written by Jason Reynolds and Brendan Kiely. Reynolds writes from sixteen-year-old Rashad’s point of view, while Kiely takes on Quinn’s. Rashad is mistakenly accused of stealing and is assaulted by a white police officer, and Quinn witnessed the beating. This title represents two voices in a thought-provoking national conversation. 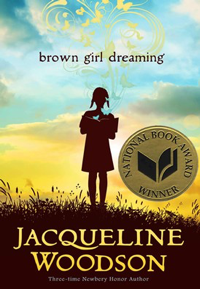 Brown Girl Dreaming by Jaqueline Woodson
In vivid poems Jacqueline Woodson shares what it was like to grow up as an African American in the 1960s and 1970s, living with the remnants of Jim Crow and the growth of the civil rights movement. Each poem is full of emotion and accessible, giving the reader a glimpse inside the soul of a child just searching for her place in the world. 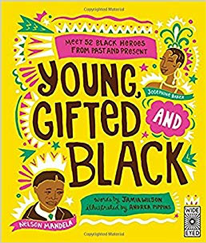 Young, Gifted and Black by Jamia Wilson
You might recognize the title of this book from Nina Simone’s “To Be Young, Gifted and Black.” This title highlights 52 black activists, politicians, artists, writers, scientists, and entertainers from around the world. While primarily focused on 20th and 21st century subjects, this is a diverse tribute to black movers and shakers across the centuries.

U.S. Colored Troops Living History
Saturday, February 9, 2019 from 2 p.m. – 4 p.m., Independence Regional Library is hosting Maurice Johnson, active member of the 102nd U.S. Colored Troops, in a presentation and discussion of African American troops from the Revolutionary War to the Civil War and after. 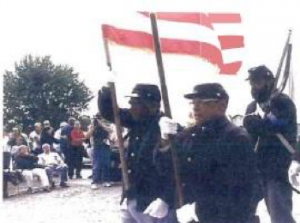 From the Smarty Health Corner and CEENTA: Why does my nose run when I exercise?

From the Smarty Education Corner and Foreign Language...

From the Smarty Education Corner and Kumon Math...

Getting cozy with Meredith Bower at Wilderness Adventures...

From the Charlotte Mecklenburg Library: Get involved and...