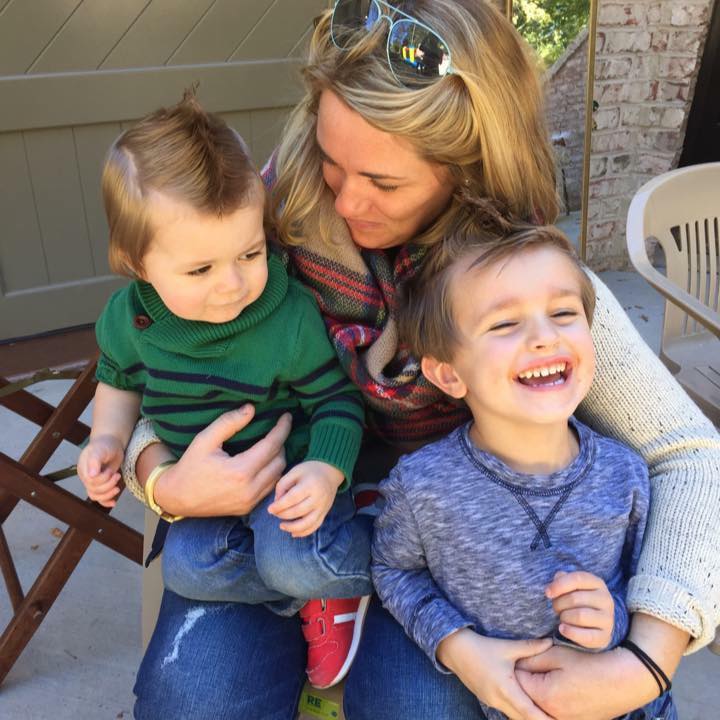 I live for Smarty Mom Saturdays, especially when we have some new pink & green blood. Mary Katherine Watkins (Mary Kate or MK, totally interchangeable:-) has had pink & green running through her veins long before she ever even knew it. She is an investigative researcher and tester-outer by nature and is constantly looking for a good story to share. This has much to do with her amazing upbringing, which I’ll let MK tell you about in just a second. Let’s just say she was brought up by “good people” and has always surrounded herself with people of the like. Her siblings are straight out of a Hollywood movie, pretty sure “This is Us” stole their ideas from MK’s Charlotte family.

I’m also certain it was serendipity that MK joined Team CSP. Little did I know it at the time, but I befriended her younger sister, Anne, when I was a brand new mom years ago. Anne was just starting her career at Nordstrom SouthPark, and I starting my new mommy career. I was also on the brink of the birth of Smarty Pants. As you can imagine, with four kids in tow and not a lot of shopping options for the littles, I spent ALOT of time in the Nordstrom Kids department, checking out products and trends in kids stuff. Anne and I quickly realized we had so much in common even though were years apart in age. She was a St. Gabriel Catholic School graduate. My kids were just starting out there. She was an identical twin, I have a set of identical twins. She comes from “good people” and I do as well. I LOVED Anne the minute I met her. Fast forward 10 years and Anne recommended her sister for a writing position at CSP.

When I first reached out to MK, we were trying to arrange a coffee meet-up. She committed to a date at first and quickly texted back saying that she didn’t realize her kids were off school that day. It was her description of why they were off that day that caught my attention. She said “shoot, my kids aren’t in school that day, feels like they are never in frickin’ school.” I knew right then MK was one of “Us.” She has a quick wit, writes exactly how she talks and can fly by the seat of her pants. Not to mention, she also has an amazing story, family and CSP angle to share – you’re going to absolutely adore MK! I know we do!

Mary Katherine Watkins (but most people call me “Mary Kate” or “MK”)
Married to: Jon, 9 years this April
Mom of: Jack, 5 1/2 and George, 2 1/2
Hometown: Charlotte (but I’ve lived all over)
Years in Charlotte: 14 years (8 years from 5th grade through high school; then another 7 years from 2010 to present!)
Alma Mater: Lehigh University
Occupation: Public Relations

Tell us a little bit about your background and job before taking time off to raise your kids.

My non-mom skills are in media and public relations. I started at a PR firm in NYC right out of college. I worked at a few agencies – it was tough and fast-paced; pretty much exactly what you’d imagine of a NYC PR firm, but it taught me strong work ethic and a give-it-all attitude. And I met some of my best girlfriends in the process.

Your family has a really cool story. Tell us about it. 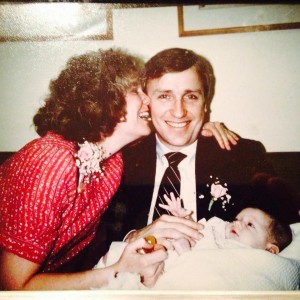 My siblings and parents are pretty amazing. I’m the oldest of five: four girls, one boy, in that order. My sisters and I are adopted – me, my sister Maggie and my sisters, Annie and Emily (who are twins from Korea). My brother, John (the youngest), is biological.

My parents had a really tough time getting pregnant. It was the early 80s, intervention options were limited and, for them, adoption was the obvious option. They adopted me through Catholic Charities of Minneapolis-St. Paul. A few years later, they adopted my sister, Maggie through a separate agency. A few years after that, adopted my sisters, Annie and Emily, from South Korea. And then, a few years after that, we’re moving from Minnesota to California, my mom finds out she’s pregnant with a boy, my brother, John.

We are a very special family – we are fiercely loyal, very close – both figuratively and literally (my parents, sisters and I live within ~ 5 miles of each other). We grew up having “family meetings” where were “talked things out.” We were “that” family. Don’t get me wrong, someone is always fighting with someone else. But it’s most definitely going to be resolved (probably during a family meeting…….).

Bottom line – we’re an amazing story of nature vs. nurture. 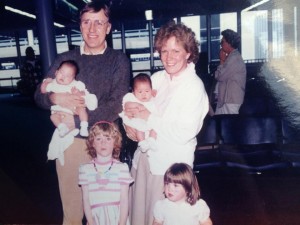 Now that you’re an adult, what does adoption mean to you?

For me, I’m not sure the term “adoption” has really changed much now that I’ve become an adult. “Adoption” is just the word for how my parents were able to become… parents. It was the only way they were able to make a family. They wanted children and didn’t care how they got them or what they looked like. Adoption just means loving what you get, I guess.

How do you think your family’s uniqueness made you a better person? A better parent today? 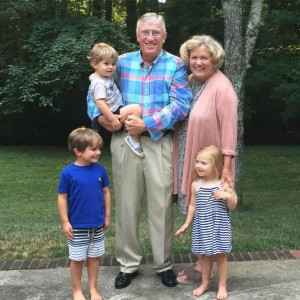 I’m not sure it’s my family’s uniqueness – it’s more about how we were raised. We were raised to have deep empathy for others, to be respectful, to be kind, to leave things better than how we found them. My parents are remarkable people. My mom is one of the strongest, toughest ladies you’re going to meet – she’s the master at that throat-clearing noise moms make in church when kids are messing around that sends chills down your back but sits you upright real quick. Like kids in a five row radius sit up straight with Dorothy’s throat-clear. She’s the master. (As an aside – I’m practicing the throat-clear on my 5 year old and it’s not going great.) My dad is one of those guys that will put his arm around your shoulder and genuinely ask how you are and you’ll find yourself talking to him 30 mins later about something that you didn’t even realize was bothering you. My parents are one-of-a-kind, which makes our family story that much more amazing. 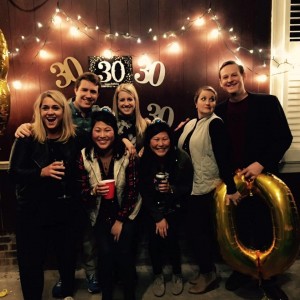 What kinds of posts can CSP readers look forward to reading from you?

I’m going to try a “reporter” approach to my posts. I’ll investigate things that I’ve wondered myself like… does that soda tab hanger Pinterest hack really work? Or can you really whiten your teeth with just baking soda and lemon (something I highly doubt because then Colgate teeth whitening strips wouldn’t really be a thing, but whatever…). Hopefully I’ll have more brain-busters than these winners, but we’ll see.

Best part of being raised in Charlotte?

Getting dropped off at Southpark Mall “underneath” in the early 90s and walking around eating Jelly Bellys with my best girlfriend, Katie, thinking we were the.coolest. before cell phones and social media and meth.

Best part of raising your family in Charlotte?

The fact that I can drop off my kids at that same mall and hope they walk around eating Jelly Bellys with their friends and just not do meth.

Best activity or class for kids?

I just enrolled my 5 year old in Kumon on International Drive. So far we both don’t dread it, so I’d say that’s a total win-win. I think it’s too early to tell if he’s benefiting from it, but I like the philosophy of consistency and repetition and ownership, something good for both my son and me, especially as we prepare for Kindergarten next year.

Favorite park to take the kids on a beautiful day?

Is it bad if I say the park at Southpark Mall? No, in all seriousness, I really like the school parks around our house that we can walk to that are fenced in because I have escape-artist boys. We go to the park at St. John’s Episcopal and Charlotte Country Day on Carmel Road mostly.

Best place to take the kids on a rainy day?

Kid gear you can’t live without?

From the Smarty Health Corner and CEENTA: how to avoid allergens

Smarty Save the Date: Joined in Education’s ‘Teach...

Charlotte activities for your PRE-preschool child

Sip on this: what’s the perfect reusable water...