Last summer was a summer that will never go unforgotten.  Moments that will be etched in my memory forever, and unfortunately the challenges that we faced as a family held heartache and stress.  I did my best to keep positive in front of my children, limit what conversations were shared with them or they overheard, but we both knew that we could not totally shield the girls from the life changes that we would be facing as a family.  The girls were also mentally preparing themselves for the new schools they would be attending come August.  Molly was not too concerned about her middle school change, which shocked me because I hated middle school, but Grace, that is where we knew that we were going to prepare and be at our best.

Grace is a mini me, inside out.  She is a caring, loyal, emotional and loving soul who can suddenly turn angry and impatient, if circumstances arise. She thrives on routine and is not fond of change, she is happiest at home with her family hanging out on the couch watching a good movie. She hates to be in a large crowd of people and prefers a small group of peers. 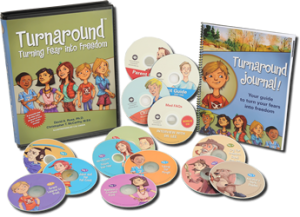 As the first day of school grew closer, her anxiety levels grew as well.  She became fearful of the daily unknown and did not want to leave the house somedays.  What kid does not want to go to the pool and play when it is 90 plus degrees outside? Grace.

At times I viewed her as obstinate and simply manipulating any given situation to get her way, but at other times I saw and felt the panic inside her that was so heart wrenching as a mom to watch.

It got bad, very bad for us. I knew that we had A LOT going on, and  I found myself anxious and panicked at times. This was summer vacation, time of carefree fun, sleeping in, playing outside, swimming, going to camp, easy days, but this was not our household.

I reached out to Dr. Mary Lacey and we were able to finally connect on August 12th.  I was at the pool that day with the girls and the only way I was able to get Grace out of the house was to bribe, beg and guilt trip her because it was my birthday and I simply wanted to hang out, read my book, talk with one of my besties and watch my children play.

Mary gave me a name, one that I had actually remembered from an earlier search I had done online; Dr. David Russ, PhD.  Mary shared with me how Dr. Russ helped her own son deal with some of the same issues Grace was dealing with and assured me he was an amazing person that “saved” her son from being held back from his full potential due to anxiety and fear. 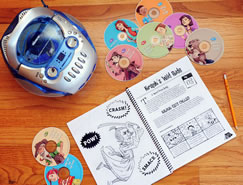 >Fast forward; August 20th, I am finally at the dentist after many many many years of neglect due to my own anxiety and fears. I am a firm believer that God plays a part in chance happenings.  Long story short, my dental hygienist ended up being Dr. David Huss’ wife and she told me about a program he, in collaboration with Christopher McCarthy PhD. LPC developed.

The program, Turnaround, is divided into 10 CDs. The program is organized  around a 10-day camping adventure so each CD represents 1 day of the adventure. Your child listens  to 1 CD or part of one CD on any given day, they do not recommend more than one CD per day. You do not have to do this for 10 consecutive days but they are designed to go in order. Each CD has a corresponding section in the Turnaround journal.

The length of each CD varies for just under 20 minutes to just over 25 minutes. There are natural breaks if shorter listening times seem best for your child.

Instead of lecturing your child we the program puts your child in the position of someone listening in to other people talking. That is just enough distance to make it a bit easier but still have a powerful impact. As your child listens, he or she will actually be exposed to anxiety provoking material that has been softened. This subtly provides an opportunity for exposure. Exposure is fundamental to treating anxiety. It works. It is just hard to get someone with anxiety to do that.

When we slow down we pay more attention to what matters

New Tunes to Boost Your Workout or Just...

The Smarty Way to Read