Home Things To Do Smarty Movie Review: Miracles From Heaven
Things To Do 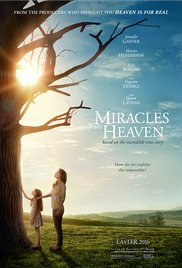 I have been looking forward to seeing Miracles From Heaven since I saw the first trailer.  You see, I adore Jennifer Garner—especially since we have so much in common.  We both went to Denison University (she was a year behind me), we have mutual friends, we both love being moms and love to cook.  Most importantly, she starred in the brilliant TV show Alias and it’s one of my favorite series of all time.  If you haven’t seen Alias, do yourself a favor and watch it (it’s available on Amazon and Hulu). It also starred some random guy named Bradley Cooper and was created by genius J.J. Abrams so you know it has to be good! I keep thinking that if Jennifer and I ever met, we’d be BFF’s (at least that is how I picture it).

To make things even MORE exciting, my friend Erica McGee landed a prime role in the film and I got to hear all sorts of fun stories from her time on set.  Watching the film with Erica and celebrating her big debut made the whole experience even better.

Miracles From Heaven is based on the true story of Christy Beam (Jennifer Garner) and her struggles with her family and faith during daughter Anna’s horrific health crisis.  Life is good for the Texas family—Dad Kevin (Martin Henderson) has just opened a new veterinary facility, oldest daughter Abbie (Brighton Sharbino) is looking forward to soccer tryouts, and Mom Christy enjoys hosting church picnics in her beautiful backyard while her young daughters happily romp around.  That all changes when middle child Anna’s (Kylie Rogers) stomach bug turns out to be something much worse.  After repeated trips to the hospital and multiple doctor visits and tests, it is confirmed that Anna suffers from a rare intestinal disorder that causes her great pain and prevents her from eating solid food.  Her condition has no cure and will prove fatal.  At a time when she should find comfort in her church, some “concerned” church ladies (Erica McGee and Rhoda Griffis) imply that perhaps the Beam family has angered God and are paying the price.

Christy turns away from her church and becomes a tireless advocate for her daughter, taking Anna to Boston to meet Dr. Nurko (Eugenio Derbez) an expert in this disorder.  Anna’s treatment requires that they travel every six weeks to Boston, which causes financial strain along with the general upheaval of coordinating the family schedules with Mom gone so often.  The film really highlights the enormous impact such an illness has on everyone in the family.  When Anna’s treatment fails, the family returns to Texas unsure about their daughter’s survival. 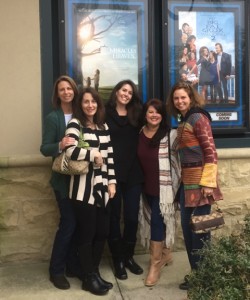 Since it’s a true story and it’s revealed in the trailer, I can tell you what happens—Anna falls into an old hollow tree and miraculously is unharmed from the 30 foot fall.  Not only that, her pain and symptoms disappear and she is healed.  This miracle restores Christy’s faith and allows her to realize all of the small acts of kindness that helped her out along the way during her ordeal.

Jennifer Garner is the true heart of the movie and she will blow you away with her performance.  It is gut wrenching to see your child in pain, and she perfectly portrays the agony this mother feels as her daughter suffers.  Not only did I need several tissues, I even had to blow my nose so this was a full on ugly cry for me, not just a cute little hint of a tear.  Erica McGee was also fantastic as the evil church lady and I got so mad at her for the way she treated poor Jennifer Garner that I actually felt like punching her right in the middle of the movie.  Several people gave her the stink eye in the theater as she was so convincing in her role!

While this is definitely a faith-based film, it is not overly “preachy” by any means.  Even with all of the anguish and tears, this remains a hopeful and uplifting story, and truly highlights the importance of finding little miracles of kindness along the way.

For more details on the fabulous Erica McGee, check out my interview with her tomorrow!