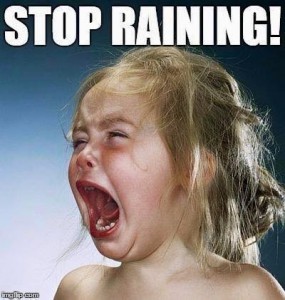 I can’t take it anymore. I can’t take one more day without seeing your shining face. Are you mad at me? Did I offend you somehow? Let me guess. Was it the countless times over the summer when I haphazardly applied sunscreen to the kids instead of methodically doling it out? Was it all those times I complained in September when I was scorching on the soccer and baseball fields (I think I used the words “sitting on the surface of the sun” – was that offensive?)? Oh, wait, maybe it was when I cursed your name while I aged ten years on the black top track at the middle school football game when I and the two other cheerleading coaches tried to coerce a bunch of sixth grade girls into believing they were made of tougher stuff than 95 degree heat.

Well, joke’s on me. I am not made of tougher stuff (but, whew, those sixth grade girls are made of STEEL – amazing energy, I tell you). I am not destined for Seattle, Astoria, or Vancouver no matter how much I love Pearl Jam, “Goonies,” or whales. Your absence has made me realize a very important thing about myself before it was too late: I hate change. And this drastic change in my beloved city’s climate is messing with my mind.

I want my beautiful city back.

I am a Carolina girl, born and bred. Right now I need blue skies, a Crayola-colored fall, and mild temps. I need skinny jeans and ballet flats, not Hunter boots and Hunter boots. I need a run on the Greenway, not five miles of puddle jumping. I need this rec baseball season to end because Major League baseball players are actually home with their families now, and we need to pick up basketball without double dipping in sports seasons. I need beer on the patio not caged animals terrorizing my house with Nerf guns and tennis balls. I need Vitamin D, and I need it very soon.

The last time I remember rain like this in Carolina, I was actually AT Carolina. Remember that? El Nino of ’96-‘97? It rained and rained and rained, and I thought that trek from my dorm to Geology was tough. Oh, if only I could shake that 19-year-old girl in her L.L. Bean anorak and Duck boots. NOTHING is worse than schleppin’ kids around to all of their after-school activities in the POURING RAIN for the seventh day straight (in a mini-van, no less! The shame!!). I’ll take a walk from Carolina to Duke over a ride through SouthPark traffic in the dark rain any day of the week (and I’ll also take that college girl’s freedom while we’re at it).

“They” say you’re coming back later this week – maybe even later today. “They” are also the ones who told us it was going to snow buckets last winter, and we barely saw a flake.

I’m not holding my breath.

But I am holding an umbrella for the 8th day straight when I really should be holding an ice cold Mic Ultra and sitting on a lawn chair while my children run amok OUTSIDE of these four walls that are caving in on us. I know you know what I’m talking about because we’ve done the same thing every fall.

If things don’t change soon (and by “soon” I really mean “today”), I’m going to start a petition. And by the (truly crazy) looks on the faces of people around me, I can PROMISE it will go viral within minutes.  I mean, if it worked for SouthPark’s Christmas tree, surely you’re no different, right?

Camp Highlander’s Father-Son Weekend: An Adventure Like No Other

Squishing ourselves into the family-of-four box

Smarty Giveaway: A Caddy by Simply Caddy for...

This is hilarious. I love you 😘