At Charlotte Prep, our Four Pillars of Leadership: Respect, Integrity, Courage, and Perseverance are woven into our curriculum. The Middle School serves the leadership role in our school. They set the tone for the younger students. A recent focus for the Middle School was on perseverance. The ability to persist in the face of challenges is an important skill to practice. A salient and closely related concept is the idea of seeing value in failure. 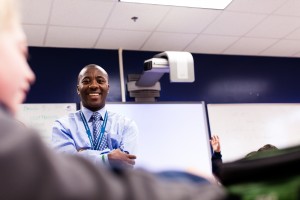 Michael Jordan failed to make his high school varsity basketball team. Albert Einstein’s teacher described him as “mentally slow, unsociable, and adrift forever in his foolish dreams.” An executive described Fred Astaire as, “Can’t act. Can’t sing. Slightly bald.” Winston Churchill lost every election for public office until he became Prime Minister of England at the age of 62. The highly recommended “Fail Better “(Herter Studio) contains these and many other anecdotes and stories intended to provide inspiration for anyone faced with difficult challenges. Is there any value in failure or are these pithy stories serving as mere salve for disappointment?

I would like to suggest at least three valuable concepts concomitant with failing:

Failure is a Great Teacher

Thomas Edison is said to have responded to a question by saying “I have not failed 10,000 times. I have succeeded in proving that those 10,000 ways will not work. When I have eliminated the ways that will not work, I will find the way that will work.” Thankfully, middle school students do not have to reach that number of failures in order to learn what works. In making mistakes students learn about the tasks encountered and just as importantly they learn about themselves, their capabilities and their weaknesses.

In his seminal work on the academic and social success, “How Children Succeed”, Paul Tough underscores the value of persistence to success. In failure students get an opportunity to “dig deep and bounce back”. That intangible muscle that controls our ability to persist over the long term gets its best workout in the face of failure.

Studies show that when students do not face any real academic challenges in middle and high school they struggle in college partly because they develop a sense of entitlement and academic arrogance that makes it difficult to seek help when necessary. Making mistakes, getting an occasional bad grade, missing out on an audition are all instances that reminds students that they may not be handed everything on a silver platter.

In this culture of high stress and anxiety and the frenetic “race to the top”, it may seem counter intuitive to suggest that failure is important. The stakes seem too high and failure seems to threaten the chances of success. Even in the face of such tangible realities, I would suggest that the long term benefits of learning from failure are too vast to ignore.

Adults have the responsibility to provide children with the emotional safety and encouragement that allows them to take responsible risks without fear of stress-inducing feedback if they fail. Robert F. Kennedy said, “Only those who dare to fail greatly can ever achieve greatly.”

We run the risk of raising children who have an unhealthy fear of failure that holds them back from reaching their full potential or engage in unethical behavior when they perceive the stakes to be too high. Learning from failing is the most important lessons we can teach. In the words of Samuel Beckett, let’s encourage kids to “Fail again, fail better”. 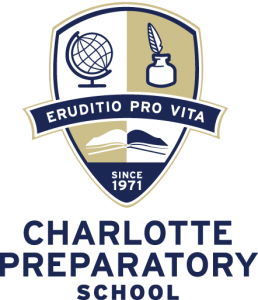 Anyone else need a little Turtle Power this...