Home Events Think Beyond the Gear: What Every New Parent Needs
EventsParentingThings To Do

The first time I took a pregnancy test was early one morning at about 5 am when I just couldn’t wait any longer, and even though I knew it may be too early to tell, I ripped open the box and ran to the bathroom. A few minutes later when the stick looked a little, itty bitty bit pink but barely a shade above ivory, I woke up my husband to tell him I took the test. “And?!?!” he asked with excitement. “Inconclusive!” I responded. He wasn’t thrilled that I had woken him up at 5 am with inconclusive results but he was much more excited the next day when I tried again and the positive sign was clear.

I couldn’t wait to tell my mother who had been battling breast cancer for the last ten years. She had recently taken a turn for the worse and I thought that maybe the idea of becoming a grandma would give her the strength needed to keep fighting. We were so excited to tell her and, although we didn’t plan to tell others until I was farther along, the word quickly spread around the family.

Two weeks later I was the one awoken at 5 am — my dad called to say that my mom had passed away in her sleep. I was shocked. I knew that the cancer had spread to her brain but I thought at some point they would tell me that she had three months left, or six weeks, or something. I thought I would know when it was coming. Isn’t that how cancer works? I thought I would be able to say goodbye. We got a flight back to Indiana where I spent the next week feeling nauseous and angry, not hungry and then starving, and really, really sad. I didn’t know how to feel both excited and miserable at the same time. I remembered reading something about how extreme stress could lead to a miscarriage so I stressed about my stress levels. 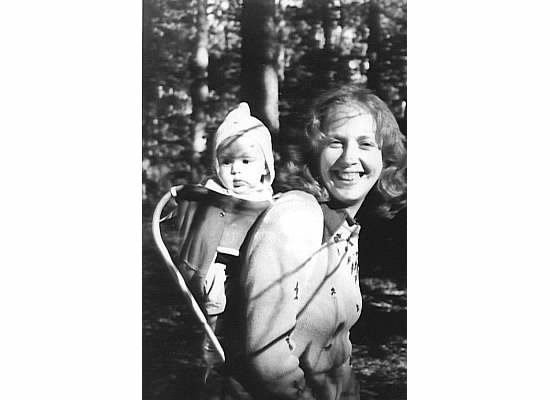 And then I returned to Charlotte and went back to work to stay busy. I had wonderful colleagues who let me cry a lot. But we were still relatively new to Charlotte and I didn’t know other people with babies. I was excited to shop for maternity clothes the first time but didn’t realize how emotional it would be. It didn’t occur to me that maternity clothes shopping is something that many women do with their mothers until I got to the store and saw three other women shopping with older women who seemed to be their mothers. I lost it in the store and had to leave. I ended up buying all of my maternity clothes online.

Fortunately I had an easy pregnancy, physically. I felt good and I think having something to be excited about helped with my grieving. We signed up for an infant CPR class, a car seat installation class, a home safety class and a class for those wanting a more “natural” childbirth. I always imagined that my mother would be with me when I delivered so I decided to find a doula to help me through it in her absence. Our doula was wonderful and helped me have the birth experience I had hoped for. She came back three years later to help me through the birth of my second son.

Before my first child was born I was so focused on how I was going to survive the labor and delivery that I didn’t give much thought to what was going to happen after that. I mean, I had the gear and the maternity leave and the daycare for when I went back to work, what else was there? I didn’t think about feeling lonely or bored or wanting to talk to other folks in the same boat as me. So when we were getting ready to leave the hospital and we ran into not one, but two other couples we had met in the childbirth class who were also leaving with their new babies, we decided to exchange phone numbers.

I’m so glad we did. For the next three months I would get together with the two moms and the babies at least once a week and often more. We would order lunch and take pictures of the babies each week. We became comfortable nursing in front of each other, even when that meant that our breasts were hanging out on the nursing pillow, and not discretely tucked behind a shirt or sling — that took more practice than we had at that point. It was ok that I was struggling with nursing because one of the other moms was too. That gave me enormous comfort when I was trying so hard to nurse and pump and monitor intake and output and supplement and both my baby and I were still crying at every feeding. 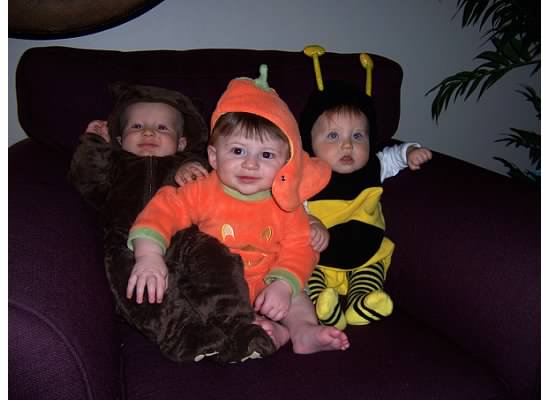 We would also get together with our partners on the weekends so the dads could get a piece of this camaraderie. Looking back, I’m not sure that these were people we would have naturally started friendships with and I love that we came together to support each other and enjoyed every minute of it. We shared clothes and meals and tears and first birthday parties. Those two families have since moved away and one is not on Facebook, which makes it harder to stay in touch, but I will always remember them as being a critical part of that first year of parenthood.

Now, eight years and one more baby later, I’m in the position where I can help others find support. While some people are close to family and others find their support teams more organically, we know that not everyone does. ParentsTogether is trying to help parents create intentional communities of support so that no new parent has to do this alone. So if you are a new parent, a soon-to-be new parent, or are thinking of a new baby gift for a friend, I encourage you to think beyond the gear. Think about building your community. It will be way more helpful than that baby wipe warmer you’ve had your eye on.

ParentsTogether is launching our first birth groups this fall. We will help match first-time parents with other new parents in Charlotte. Through your group, you will gain a supportive community of peers with whom you can share the highs and lows of life with an infant. Conversation topics include breastfeeding, returning to work, your changing relationships – or anything else on your mind! Sign up today!

A smooch on the lips

Matt & Ramona want to hear from you...

OnStage of Children’s Theatre of Charlotte is back...

Smarty Giveaway: Two tickets for the Joined in...