Home Parenting Summer Days and the World Cup
ParentingThings To Do

Summer Days and the World Cup

When I decided to be a stay at home dad, one of the ‘perks’ of my job was going to be that I would get to watch daytime sports.  At the time, the Cubs played a lot of day baseball that was televised on WGN, so I figured it would essentially be an extension of my childhood of long afternoons watching Cubs baseball.  Beyond my first season at home, it never worked out.  The Cubs stopped playing as much day baseball and the little they did play was rarely on WGN, so I was out of luck.  I quickly learned that SportsCenter is highly repetitive and though tennis and golf are routinely on during the day, they don’t really keep the attention of small children for long periods of time. 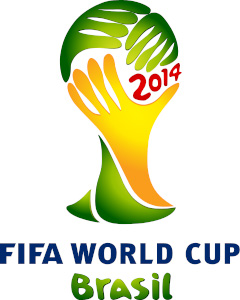 In contrast, the World Cup has been the best daytime TV I’ve seen in a long time.  It has been a great way to pass the time.  The kids and I have watched practically every game.  One of the best parts is that a lot of other people are watching it too, so it has been a fun conversation topic among parents at swim team and other events.  When the U.S. played, we all sat glued to the TV for every minute of every game.  For the Round of 16 game the U.S. played against Belgium, we were on the edge of our seats as our goalie, Tim Howard, made one fantastic save after another.

After spending the last four years since the last World Cup on the sidelines of my kids’ youth soccer games, I have a much better appreciation for ‘The Beautiful Game’  It has also been fun to hear my soccer-playing children critiquing the players during the games.  Ironically they are saying out loud a lot of the things I think while watching them play.  🙂

Here are some of their best quotes while watching World Cup games:

– “Soccer players are a bunch of drama kings.  They barely get touched and they fall down like they are hurt really badly when they are not.”

– “These players would score more if they would just SHOOT the ball instead of dribbling it so much.”

– “They really need to learn to shoot with their left foot.”

– “Goalies are awful.  They just kick it or knock the ball out of the way.  A good goalie would catch it every time.  Ridiculous.”

I will have to remind them of their quotes during their upcoming soccer seasons.  I’m sure they will appreciate my feedback.

Who will you be cheering for during the World Cup finals – Argentina or Germany?

Lice: The Other “L” Word

Things that drive me crazy as a mom...