Home Parenting Do I have to wear a jacket?
Parenting

Do I have to wear a jacket? 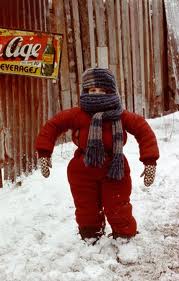 “Yes, it’s cold this morning and I don’t want you to catch a cold on your way to school.”

That is a conversation I’ve never had with my kids.

I’m a minimalist. When asked, I almost always counsel my children against wearing jackets. Yes, I realize they serve a useful purpose in keeping kids warm, but they are a hassle. I have a general rule about jackets and it goes like this: If it is only necessary to wear a jacket to get from the house to the car and then from the car to school, it’s a waste of time.  Besides, my kids don’t like jackets either.

I have been reprimanded by two different area preschools for sending my kids to school without a jacket. Nothing too serious – just gentle reminders or comments at carpool, letting me know that parents are expected to send a jacket when it’s cool out so the children don’t get cold when they go outside.

I promise – I love my kids as much as the moms do.  I’m just not a fan of jackets when it’s 50 degrees outside.

Besides, I’m preventing a meltdown on the way home when a kid realizes he or she has left a jacket at school.

“No, I’m not driving all of us back to school just because you forgot your jacket.  You’ll be fine!”

Just the other morning, it was 41 degrees out and I sent my three oldest children to school in shorts and short-sleeve shirts without jackets. Did I mention my wife disagrees with my jacket philosophy?

I know she would do it differently if she were in charge, but then again she was never the fourth-grade playground quarterbacking legend I was. I believe I still hold the single season fourth-grade playground passing record because I figured out early in the season that it’s hard to throw a deep pass and hit your receiver in stride while wearing a jean jacket!  My teacher’s rule was that if you brought a jacket with you to school, you had to wear it to recess.  I ditched the jean jacket, learned to deal with the cold and never looked back. . . until I earned my varsity letterman’s jacket in tenth grade and then I was so cool I had to wear that jacket every day to keep warm until I graduated!

You Need to Have a Primary Care Physician

this post made me laugh. its a direct replica of so.many.conversations i’ve had with my husband (minus the impressive 4th grade stats). “who needs coats?” “coats are overrated.” “its not cold til its in the 30’s.” haha in a house with three boys and my husband, i’m the only one ever in a coat. i’ve resolved that its fine…at least i’m warm. 🙂

Five years ago when my son was in preschool, his teacher watched me wince as he immediately peeled off his coat in 30 degree weather and raced onto the playground at dropoff. She smiled and said that in her many years of teaching she has discovered that children will almost always put the coats and jackets back on when they are cold enough. And that they rarely do if we tell them to. 🙂

I hear you brother! First, people do not catch a cold from being cold. People catch a cold from a virus, same with the flu. Second, it’s Charlotte not Wisconsin. We often have 20+ degree temperature changes throughout the day. Third, the odds of coats getting lost by kids under 10 are very high. Fourth, boys coats get very dirty and that creates additional laundry. Proud member of the no coat band wagon.