The Move for Jenn Foundation is hosting its fourth annual Pajamas All-Day 5K and 10 K run/walk on Oct. 29. Early registration ends today, so sign up now for the early pricing on all the fun!

The mission of the Move For Jenn Foundation is to offer grants in the form of activewear prosthetics to those who have suffered the loss of a limb to sarcoma or other affiliated diseases. These sports prosthetics are not considered “medically necessary” by most insurance companies, so our foundation bridges the gap to allow amputees to get back to the physical activities they enjoyed prior to amputation.

The Move For Jenn Foundation also aims to find a cure for sarcoma and better treatment options for sarcoma patients. Targeted research, awareness, and advocacy are three core objectives that make the foundation unique. For Jenn’s amazing story, see below.

Come on out Oct. 29th for the fourth annual 5K & 10K run/walk! Roll out of bed and bring the whole family for a fun-filled morning of MOVING! The event will have a DJ, sponsor expo, food vendors, children’s fun run and activities, petting zoo, adult DIY booth, adult beverages such as our signature Hops on One Leg IPA, silent auction and more!

Here’s a breakdown of what to expect:

The Pajamas All Day 5K/10K – Spooky Edition will include: 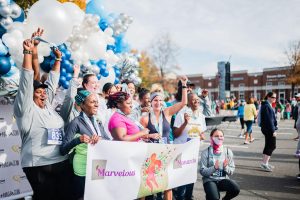 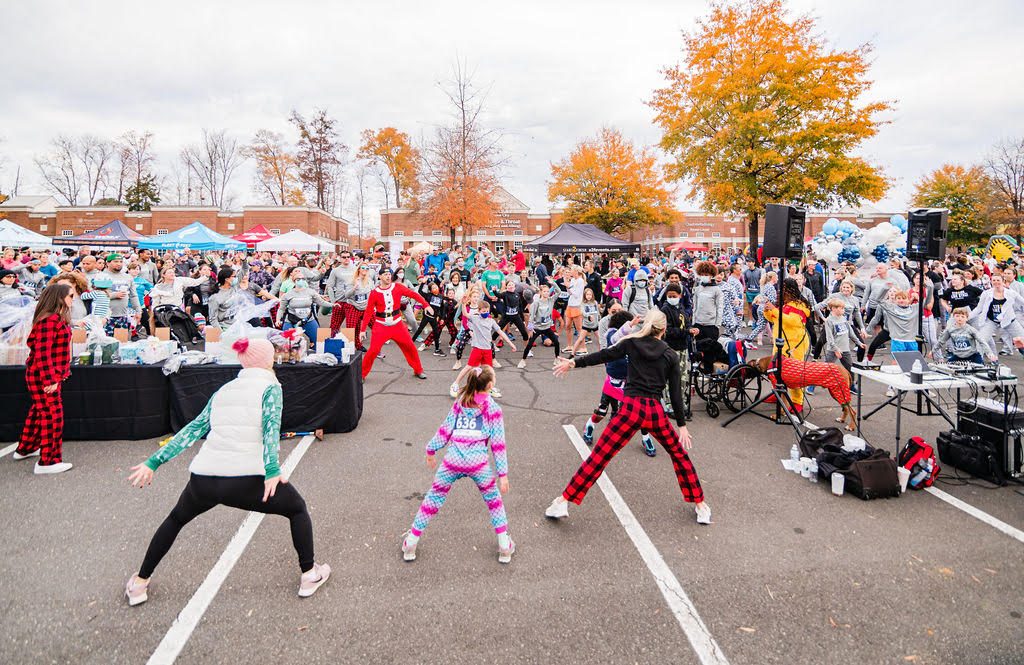 Post-delivery of her second child, she was scanned and biopsied, only to show the mass was benign. Surgery to remove the mass was still recommended due to the size and location of the mass. On December 3, 2014 the mass was removed. Pathology went on to prove that this benign cyst was actually not benign, but a low-grade myxoid sarcoma. 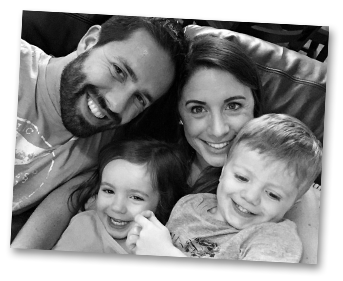 Due to the location, a second surgery to ensure clean margins was not an option, so she chose to be watched. She went on to have scans of her right foot and lungs as recommended for the next 3 years. She remained clear until January 2, 2018 when scans revealed the cancer had returned as a thin layer on top of her entire right foot. After seeking multiple opinions, amputation was the only option to give her the best chance at a cancer-free life.

On March 7, 2018 Jenn did a Facebook live video requesting friends and family to move for her and those who physically can’t on her surgery date (March 12, 2018). This request became a movement. So, on March 12, Jenn became cancer free, and the social media world flooded with #moveforjenn and #movebecauseyoucan posts globally, sharing all forms of exercise in honor of her and others who were unable. This movement led her to realize that being an amputee, and someone who wanted to remain active, would be difficult without ample means of funding. Most insurance providers will only cover one prosthetic per person, if that.

Jenn’s mission of helping other sarcoma amputees was born when she and her husband, Miles, realized the financial burden of being a young, and active amputee. Everyone should have the right to be active and/or run. Child or adult. Jenn and Miles plan to help ease that financial burden for as many individuals as they can.

Are you up for a Charlotte Run Challenge...