From the Smarty Health Corner and Novant Health: Learn the advantages and challenges of Baby-led weaning

If you’ve seen the TikTok videos of babies gnawing on hunks of steak or wielding chicken drumsticks, you know about baby-led weaning. The new, and sometimes controversial, way of introducing solid foods to babies is taking social media by storm and raising eyebrows of parents and even some doctors.

But those who embrace the concept see bona fide benefits. 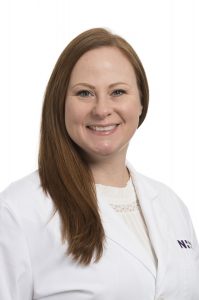 Rather than being spoon-fed purees, babies get to pick and choose from finger-sized table food set out for them. The idea is not only to expose the child to a variety of healthy foods but to encourage following his or her own fullness cues.

“It can actually help to reduce the risk of obesity later on in life by teaching infants from the get-go to develop a healthier relationship with food,” said Allison Lachowitz, a registered dietitian with Novant Health Pediatric Allergy & Immunology — Carmel.

The challenge when cutting out purees is the choke hazard some table foods present. Baby-led weaning requires waiting until a baby is developmentally ready to swallow solid food, something that should always be confirmed by a pediatrician. While spoon-feeding can begin as early as 4 months, baby-led weaning often doesn’t begin until the baby is closer to six months.

Pediatrician views vary widely on the approach. Some don’t like the idea. Some believe starting purees at 4 months makes the transition to table food easier. Some pediatricians suggest a combination of the two approaches.

Dr. Laura Pridemore of Novant Health Elizabeth Pediatrics is a believer in the merits of baby led- weaning and encourages parents who are interested to try it. Here, she explains the requirements, the advantages and the how-tos.

If you think about it from a historical, evolutionary perspective from thousands of years ago, jarred pureed foods weren’t in the grocery store. Babies just ate what was available. Allowing babies to self-feed soft bites of table food from the very beginning can help establish independent eating and prevent picky eating.

When should babies start finger foods?

Babies have to be developmentally ready for food, whether it’s baby-led weaning or purees. They’ve got to have steady head, neck and trunk control to be able to focus on the swallowing. Generally, I recommend baby-led weaning at 6 months. Every kid’s got his or her own developmental progression. Some babies take to solid foods easily, while others are a little slower with textured foods. Most babies work through the textures easily and do really, really well with baby-led weaning.

What foods should you feed the baby? 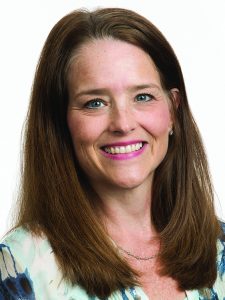 When parents start solid food, I tell them: no honey until after 12 months (botulism possibility), no processed foods and no choking foods. As for choking foods, we want to avoid anything hard, tough, crunchy or chewy. Think about the texture of a banana or an avocado or baked sweet potato; those are soft foods. If one can fork test the foods or mash between two fingers to make sure they’re fairly soft, then go for it. It could be peas, beans, lentils, steamed broccoli that’s cooked soft and cut up in small pieces.

You’re not going to give the baby a carrot stick, but you can steam or roast carrots until they’re tender. If it’s a soft fruit (like peaches or watermelon without seeds) or baked fruit, then those are great options.

Initially, processed foods should be avoided because they are designed to be hyperpalatable and addictive. There’s no reason to give an infant fries, chicken nuggets, cheese puffs, cookies or ice cream! Of course, they’ll try it at some point, but the goal is to have their palates used to real food before introducing those highly processed foods. Remember, babies and toddlers will learn to eat what is given to them.

How should parents introduce new foods?

If you try something new and they don’t touch it or they put it in their mouth and spit it out, don’t think, “My baby doesn’t like it. I’m never going to do it again.” Just keep offering. Studies have shown sometimes parents have to offer a food 12 to 15 times before a baby will accept it. If real food is what they’re given, babies will learn to eat it. If highly processed foods are offered, then babies will learn to eat it. It’s also key to not serve the same thing day in and day out. Try a new fruit on a Monday, a new vegetable on a Tuesday, a new protein on a Wednesday, a new grain on a Thursday.

How do you go about introducing meat and/or proteins?

I don’t think that meat or an animal product is necessary at every meal. Based on the research, I advocate eating mostly whole plant foods, which include fruits, veggies, beans, peas, nuts, seeds and 100% whole grains.

If one does choose to feed a child meat, the meat has to be cooked properly so it’s tender and not a choking hazard. Of course, no hot dogs because of the choking risk. There are other great ways to get protein besides meat: peas, beans, lentils, nut butters, seed butters for kids. You have to be careful about the nut butters and seed butters. They need to be creamy and mixed in well so it’s not a choking hazard.

In my early pediatric career, I used to recommend, “Let’s try one new food every three to five days to make sure Johnny’s not allergic to it.” But when we do that, you’re exposing children to much less of a variety of foods early on.

Now that I recommend baby-led weaning, I follow registered dietitian Katie Ferraro. She recommends that from 6 to 12 months, the goal is to try to expose a child to 100 different whole, real foods. During the toddler years, most of them will get a little bit finicky and not eat the foods they once did. If a child has a much wider variety of foods they eat before they turn 1, becoming a little bit finicky isn’t that big of a deal. And by offering real food, you’re not limited by the options of the so-called “kid-friendly” foods of nuggets, fries and butter noodles.

I try and never use the word “picky eater” because I don’t want to reinforce that concept. Toddlers will often start to be a little finicky in that they sometimes will eat more and sometimes less. One day they’ll devour a carton of blueberries and the next day they won’t touch a blueberry. This is normal toddler eating behavior.

What does it take for parents to be successful with baby led weaning?

Parents’ internal mindset is a huge factor. It’s coming to the table, knowing that we are instinctively wired to eat a variety of foods and trusting that a baby will learn to eat what is given. Starting with real unprocessed whole foods first is key.

By “real” food, I mean fruits, veggies, peas, beans, creamy nut/seed butters, 100% whole grains along with some lean quality animal protein if parents so choose. If we’re patient, loving and trusting, kids figure it out. When parents really adopt this philosophy, it’s amazing how good eaters they are.

Ellyn Satter is a nationally recognized feeding expert. She talks about the division of responsibility when it comes to feeding a child. The parent’s job is the what, the where and the when. The child’s job is whether to eat and how much.

– The “what” is the balanced plate with real food, not processed. Some fruits and/or veggies, along with some protein and 100% whole grains.

– The “where” is sitting down so that you’re cultivating mindfulness and awareness when it comes to eating, not allowing the child to walk around eating mindlessly.

– The when is a regular schedule of meals and mini-meals.

Allowing a child to self-regulate can be hard for some parents to swallow. “I just don’t want him to wake up in the middle of night. I just want her to eat something.” But then we get into the habit of feeding them whatever they will eat or becoming a short order cook, and it’s doing a disservice.

And if we are telling a child “You need to eat more,” the child is not learning to have internal regulation on how hungry or full the child is. Toddlers are notorious for eating more at times and less at times. It’s really about trusting their innate wiring for eating.

Fun Easter Facts for Kids: Why Do We Celebrate Easter?