Clues to what makes Soccer Shots great program for kids

Soccer Shots is a fantastic way to introduce young children to sports, and after having our three sons participate in it again this summer, I was reminded just how good a program it is. Know how I can tell? We had a coaching change in the middle of the session – because of their conflicting schedules – and the boys never missed a beat. 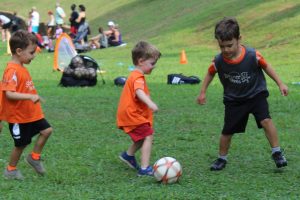 We went from Coach Katie to Coach Abby without so much as a hitch, which was all the more evidence to me of what a well-oiled machine Soccer Shots is. The new coach showed up, learned the kids names in a snap, got them right into back their usual routine, and they kept rolling. This is with 3, 4 and 5-year-olds, whose moods, needs and attention spans waiver from one moment to the next. Soccer Shots has got all that figured out. Their coaches know how to take it all in stride and keep rolling.

After you watch a season or two – or six practices – you can get a little desensitized to what you’re watching and why it’s so successful. For a fresh look at understanding it, I talked to a friend of mine who is an educator and had a son in Soccer Shots this summer for the first time. Lauren McCrory is the director of our preschool at the First Presbyterian Weekday School. She shared some of her expertise on what she has noticed makes Soccer Shots so successful. 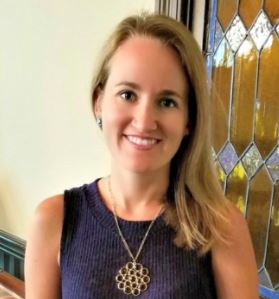 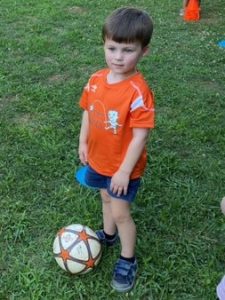 “They do a good job of developing a routine for the children, so they know what to expect when they come,” McCrory said. “And then they layer on the skills so there’s a lot of scaffolding in the way they structure their classes. One week they might learn X skill and then the next week they build off of that skill. It’s really helpful for the age and stage of our children.”

Not only did her 3-year-old son Bo jump right in, his younger brother Banks, 21 months, was ready to join in too.

“Banks wants to be in the class just as much as Bo does, which is great,” she said. “He’s already so excited. He really wants to be out there and is often out there. The instructor is so nice not to make a big deal of it and would give the little brother a sticker, even though he might be in the way.”

Some other things she noted that the children are learning in Soccer Shots:

Confidence – Each child gets his or her own ball during certain portions of practice to gain confidence in practicing skills. 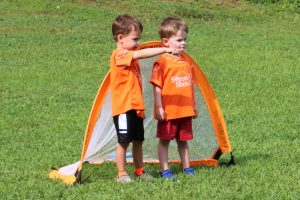 Collaboration – Children are encouraged to cheer on their teammates. Everybody learns and chants “Go Score A Goal!”

Clean-up – Each child is taught to participate in setting up and cleaning up each drill. Coaches make it fun by having the ball bag “gobble up” each ball a child brings back – or in some cases, a child’s favorite food!

Routine – Each practice starts with running like an animal of a child’s choosing. They learn a word of the day like “determination,” and a skill such as the “step-over” move. They each get to score a goal, take water breaks to greet their parents, and are rewarded with stickers or stamps at the end.

At the end of practice, we’re always greeted with three big smiles from our boys, which is about a sense of accomplishment and mostly fun. 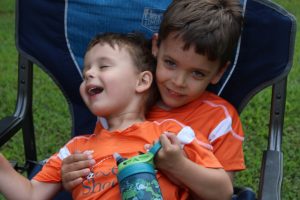 For more information about Soccer Shots and the upcoming Fall Season, click here. 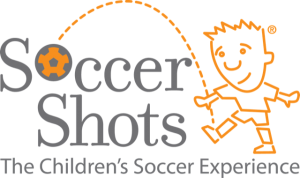 From Invisible Fence® Brand: Tips for keeping your...

A Healthy Meal for those Nights you feel...

Smarty Save the Date: Strip It to Give...