Home Parenting Resolution for Moms in 2021: Give yourself grace and move on
Parenting

Resolution for Moms in 2021: Give yourself grace and move on

Less than a week before Christmas I weighed myself for the first time since the COVID craziness started. It wasn’t pretty. I knew it wouldn’t be, but I couldn’t be sure because I’d refused to come close to a scale until my yearly checkup when the nurse made me step on one. Damnit.

Not to worry, though, this blog is not going to be a pity party about how I’ve eaten my way through 20-ahem-20, and what I need to do about it in the new year. The doctor didn’t give me a hard time about it either. No. 1 because she’s amazing and because she knows I’ll eventually turn it around, and No. 2, because we all have fairly legitimate reasons for eating our way through this past year.

But as we approach the New Year, the whole weight thing got me thinking about resolutions, turning pages, and giving ourselves grace – whether it’s over the guilt of added pounds, or the guilt that comes with motherhood in general.

As we head into 2021, I’m trying to remind myself of something I learned amid the grind of raising three boys, ages 4, 3 and 3 during this pandemic: what happens next matters more than what just happened.

I felt horrible one night after making my 4-year-old son Wade cry for splashing around in the bath tub. I had completely overreacted, yelled at him and yanked him out of the tub. I paid for it by watching him break into one of those slow-rolling big-teared cries that hits you right in the gut.

Scrambling to find a way to redeem myself, I decided to surprise him with a toothpaste taste test. He had to close his eyes while I chose a flavor, then he’d have to guess which one it was as he started brushing his teeth. He loved it. Aquafresh kids, or “rainbow toothpaste” as he calls it, to the rescue. In a matter of minutes, the smile was back on his face and we were back on track. We snuggled for bedtime reading, and both of us went to sleep that night feeling better.

I’m not saying parents should get a free pass for bad behavior. But I do believe you can and should give yourself grace. Rather than dwelling on it or trying to rationalize it, why not acknowledge the behavior for what it is – a bad move, a mistake, not your finest moment – and move on?

Coaches talk about this. One of Duke men’s basketball coach Mike Krzyzewski’s primary teaching tenets is focusing on the “next play.” (As a Dookie, and former sportswriter, I buy in!) I see the same philosophy at work now as a stay-at-home mom, and I’ve figured out I can change the course of the day in an instant.

I tend to get bogged down with guilt over screen time, even though it’s often the only way I feel like I can get anything done. But even on days when I totally give in to it, if I can just get everybody out the door for a 20-minute nature walk up the street or to climb in the trees in our side yard for a while, I immediately feel better.

Another major source of guilt for me is whether I’ve gotten enough quality time with each of my boys during the course of the day. More often than not, I lump them together for baths, to read, to play. Sometimes even getting 10 minutes with each son – which experts suggest is all you need to make them feel loved – can seem impossible. But with my boys, over these past few weeks, I’ve learned it can be a lot less time than that too.

All I need for a mom pick-me-up (and to put a smile on a child’s face) is to let my son Johnny count out the dinosaur nuggets on each plate for dinner or read Wade the Peter Pan story he asked me to read earlier. One afternoon I drew in a coloring book with Wesley for a minute or two, in between running to check on his brothers playing on the swing set in our backyard.

He said, “I like you, Mommy,” and gave me a hug. I felt like a million bucks.

While I’ve got a host of resolutions for the new year: go to bed earlier, read more, keep a cleaner house, eat better – I know when I come up short, I’m better off if I keep moving forward.

We had a really nice Christmas this year, but I’d be lying if I said I didn’t feel a twinge of guilt when I got a glimpse of a sad look on Wade’s face when he realized he wasn’t getting a lot of what he’d asked for from Santa Claus. I knew keeping it simple on Christmas wasn’t all bad, and he got plenty more presents from family that afternoon and in the days to follow, but it gave me a little pause. 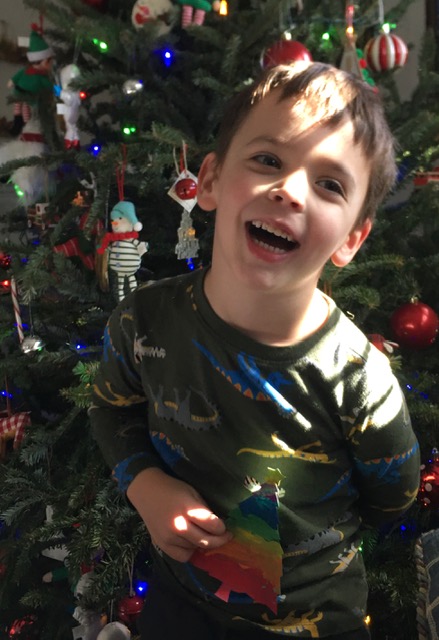 I was going to make myself feel better by cleaning the kitchen and straightening the house. My mom and sister offered to take the boys for an hour or so, which gave me the perfect opportunity. But as I waved goodbye and watched my sister pull our minivan out of the driveway, the car stopped. Wade wanted out. He usually loved going with them, but on Christmas morning (they told me later he was near tears) he decided he wanted to spend that time with me, 1-on-1.

The dishes and scattered toys had to wait while Wade and I cut out stencils of Christmas trees, one of his favorite activities of our COVID Christmas season. With his twin brothers gone, I got the paint out, and let him use every color in the set, while I cleaned the brushes in between. He created the most beautiful rainbow Christmas tree.

Once again, the day had turned in an instant. 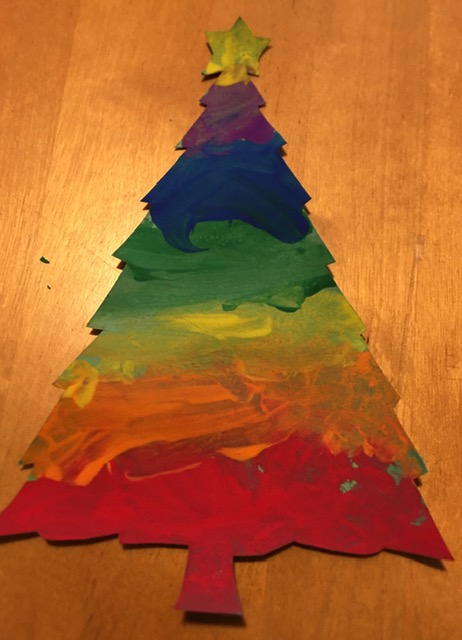 Ring in the New Year with Poinsettia Grove’s Honeybells

Save the Date: The CMOMs Fall Consignment Sale...

My Top 5 Discipline Tips for Toddlers

Talking to children about tragic events