** This giveaway is closed! Winner is Sara Mayse**

I’ve been looking forward to writing this post for MONTHS! Our very own Kimmery Martin is releasing her debut novel, The Queen of Hearts, and I am one of the lucky ones to have received an advanced copy with a chance to review the book. And, of course, most of our Smarty reviews include a giveaway, and this one is no different. One lucky Smarty will win her very own copy of “The Queen of Hearts” just in time for Valentine’s Day. Keep reading to find out more. 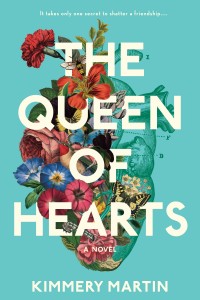 Kimmery’s name might sound familiar to you because she’s been our Smarty Book Review blogger for the last couple of years. She writes, hands-down, the best book reviews (which makes this post a little nerve wracking – my apologies in advance, Kimmery :-)!), and we’ve been so lucky to have her as a CSP contributor. She’s about to hit the big time with this impressive debut from Penguin Random House. Before I get into the nitty gritty, here are two reasons why I fell in love with this book right out of the gate:

1. I know the author. There is nothing more amazing than reading a book when you know the person behind the words. Kimmery is one of us (well, a super brilliant one-of-us) – she’s a mom-of-three, a physician, a wife, friend, daughter, sister – which makes the fact that she’s written such a superb book even cooler.

2. The book is set in two of my favorite cities: Charlotte and Louisville, KY. Charlotte is my hometown and obviously my favorite city on the planet. My sister lives in Louisville, and I’ve come to love that city like a second home. Knowing both cities so well made the book almost like reality TV – but better – and made each city like another character in the book.

So, that being said, “Queen of Hearts” is a smart, funny, and sometimes heartbreaking page-turner of two best friends and doctors, cardiologist Zadie and trauma surgeon Emma. The two met in summer camp and survived med school together in Louisville, and are now settled in as moms, wives, and doctors in Charlotte. When chief resident, Nick Xenokostas (“Dr. X.”), Zadie’s med school bad-boy boyfriend, shows up in Charlotte right as some professional crises shock both women, Zadie and Emma are forced to revisit their past and take a hard look at their current friendship. There are twists, turns, lies, betrayals, revelations, humor, and a li’l bit of sex mixed in with just the right amount of mommyhood.

Kimmery is SPOT ON with her portrayal of Charlotte mom life (don’t worry, she’s nice to us). I found myself saying “Truth” more times than I can count – especially with Zadie’s character as she’s the mom of four. Here’s one of my favorites from Zadie:

Three weeks ago, my household had gone viral, and not in any kind of positive marketing way. Every member of the Anson family was spewing vomit except Drew, who promptly claimed a work obligation requiring his presence in China. While the rational part of my brain understood he had zero control over his travel schedule, the vindictive part of my brain hoped he’d come down with E. coli on the plane as punishment for leaving me on my own with our four hurling offspring.

The book switches between narrators (Zadie and Emma), 1999 and present-day, and Charlotte and Louisville. The switcharoos help the reader get inside both characters’ heads and see each’s many strengths and flaws. You’ll absolutely love taking a peek into Zadie and Emma’s med school days (perhaps re-living your own college or med school days!), and getting to know them as adults will make you feel like you’re reading about two of your besties. Fans of “Grey’s Anatomy” will LOVE the medical drama and intern romances, and Kimmery uses just enough medical jargon to make me (a medical layperson) feel quite intelligent without ever having taken anatomy or anything higher than Bio 101. 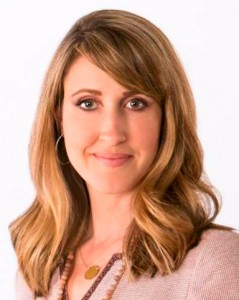 Bottom line: “Queen of Hearts” gets 5 out of 5 Smarties!

The book will be released February 13th (just in time for National Hearth Month, get it?!) and will be available online and locally. We’ll give you all of those deets in a later post. Put it on your book club’s pick list as well as your Spring Break or Summer Read list. And, a BIG congrats to Kimmery, now truly one of the Smartiest moms we know!

You can also catch Kimmery at one of these local events:

Smarty Giveaway: One (1) copy of the ‘Queen of Hearts’ by Kimmery Martin

One lucky Smarty wins a copy of Kimmery Martin’s “Queen of Hearts” BEFORE it hits the bookstores. Entering is easy. Simply do the following:

Winner will be announced January 19. Also be on the lookout for a Smarty interview with Kimmery next month!

From the Smarty Health Corner and CEENTA: Children’s...

Congratulations to Melanie Butler, the winner of the...

Fred Savage. I’m still waiting for him to write back to me 😂

Rob Lowe – had posters all over my room! OK, well I can’t win this but wanted to share in the excitement and my big reveal:-) My preteen heartthrob was Ricky Shroeder. I was in his fan club.

Hands down David Cassidy- even got my hair cut like his. Disasterous!

Mark Gosslear AKA Zach Morris on Saved by the Bell

Hmm, probably Mark Paul Gosselaar, but later I made an early discovery of James Marsden on a show called Second Noah.