Home Events Smarty Alert: Bee Something for Bee Mighty
EventsHealthParentingThings To Do

We are honored to spread the word about the 2nd annual Bee Something for Bee Mighty. Bee Mighty, founded by Smarty Mom Candace Richter and her husband, is doing great things in our community – read on to learn more about why it started and how you can get involved.

Nearly four years ago, Candace Richter could be found standing vigil by her son’s isollett in the Neonatal Intensive Care Unit at Hemby Children’s Hospital. It was here she and her husband, Michael, would spend the next four months, praying their son would one day be able to come home from the hospital. 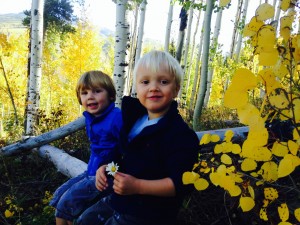 “I couldn’t touch our son for the first five days after he was born,” Candace said. “He was very underdeveloped and in critical condition.”

Shaw was born at Novant Health Presbyterian Medical Center at 27 weeks. He had a stroke at birth, he has hydrocephalus and he has undergone two brain surgeries, five airway surgeries, survived meningitis as an infant and multiple intubations.

Over night, the Richter’s schedules were overturned. Every morning, the two parents had breakfast with their firstborn, Nash, who is a year older than Shaw. They spent their days and nights at the hospital in fervent prayer, with a break at home for dinner with their one year old.

After 122 days in the NICU, Shaw finally came home. But a new battle started. Like other NICU survivors, he required medical therapy and equipment to continue developing. He was on a breathing monitor for a year and went to therapy four times each week. Candace quit her job to merely oversee his appointments and care.

In addition to Shaw’s health, a separate stressor surfaced: private insurance covered only a marginal part of the escalating medical costs. “It’s thousands of dollars in therapy and we have good insurance!,” Candace said. Quickly, she noticed they weren’t the only parents struggling. She heard too many stories of parents choosing which therapies to provide for their children based on their finances.

Fired up by frustration, Candace and her husband founded Bee Mighty, a fund under Novant Health Foundation, to financially assist other parents of NICU survivors, whether they are infants, younger children or teens. With Bee Mighty, parents do not have to choose.

Since its launch in November 2012, Bee Mighty has raised over $175,000 with 97 percent of funds donated allocated to the development of a local child. During its first year, the fund brought in enough money to support 15 NICU survivors. So far in 2014, the fund has already provided therapy or equipment to 30 families.

Shaw spends most days in the backyard now chasing his brother. He plays soccer and is learning to swim. “We were told that he may not walk or talk,” Candace recalled from her countless appointments with the Neurologists. But Shaw’s therapies have made him stronger. “He is running and happy,” she said. “It’s amazing. He just has defied so many odds.”

Bee Mighty ensures that other NICU survivors do the same. Watch the video or visit their web site to learn more.

Calling all Smarties – a family needs our...