Home Things To Do Smarty Travel: Rochester’s Strong Museum of Play is a must-visit
Things To DoTravel

Smarty Travel: Rochester’s Strong Museum of Play is a must-visit

If you happen to be visiting New York State this summer – maybe you’re on your way to Niagara Falls – you’ll want to work in some time at a kids’ museum called the Strong Museum of Play in Rochester, N.Y. It’s like Discovery Place-Huntersville times 100. It’s definitely worth the detour or booking an extra day on your trip. After spending the day there recently with my family, I can see why people book hotels around the museum and make two-day fun out of it. 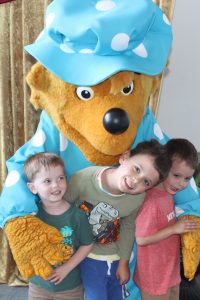 My husband and I drove to upstate New York earlier this month to visit his extended family, and after reading about the Strong Museum, we decided to spend the day there while also catching up with his cousin John, who lives in Rochester. John was a good enough sport to come hang with us and serve as an extra set of eyes. Eyes, because the boys were off!!!!

We let our 5-year-old son and twin 3-year-old boys loose on the place and – I’m not kidding – five hours later, they were still going hard. We eventually coaxed them back to the car because we had an hour-plus drive back to our hotel in western N.Y. But they could have easily kept going! And this was without using strollers or having to carry them much at all. There was too much they wanted to see and experience for themselves.

Trying to get an idea of the scope of the museum can be hard to do just looking on the website. So let me try to fill in the blanks. There are more than 100,000 square feet of space where kids can access hands-on exhibits and toy displays.

There’s a comic book heroes’ wing, a Berenstain Bears room, a “Reading Adventureland” where kids can manipulate a 10-foot- tall “Giant” puppet, play dress-up, climb into a pirate ship, cross a swinging bridge, and still come out the other side 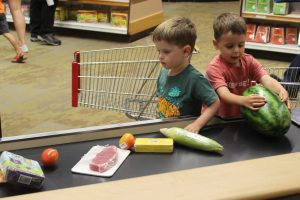 without parents losing them. My boys loved playing in an indoor “sandbox” filled with tiny plastic balls that acted like a cross between sand and snow – and survived the washing machine after finding their way into little pockets!

The boys got to go to “Story Time” with Mama from the Berenstain Bears and ride on a miniature train. They grocery-shopped at a kid’s sized Wegman’s, complete with small shopping cards and conveyer belts that let kids “beep” their own items through as they checked out. (Crossing my fingers for a grown-up Wegman’s Grocery store to open in Charlotte some day! They’re awesome!)

Our boys danced their little rear-ends off in a room where they could choose the genre of music (pop, dance, country, Sesame Street) and see psychedelic silhouettes of themselves on a movie-theatre-sized screen. They got their pictures taken on a replica of steps from “Sesame Street” and made their own hotdogs and hamburgers at a makeshift diner. 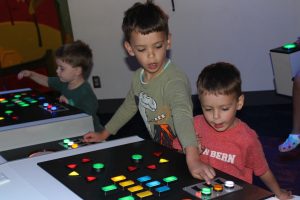 My three loved climbing into the cockpit of a rescue helicopter, before taking it one step further, and playing for ages on what looked like the flight deck of the Starship Enterprise. It just so happened there were three seats, giving the boys easy access to an entire panel of lit-up buttons to push while looking up at a screen showing scenes from outer space.

Right now through Sept. 6, the Strong Museum is featuring an exhibit called “Take Flight,” which included hands-on demonstrations about making paper airplanes. Our boys could make their own and then fire them off from this little air gun, taking aim at a target on the wall. This turned out to be a huge hit for our boys, both the young ones and the grown ones!

There’s a Butterfly Garden where we were immersed in the habitat of exotic butterflies. They could fly right by you and land on you, so you had to be checked by staff on your way out, so as not to take any with you! The boys each carried laminated 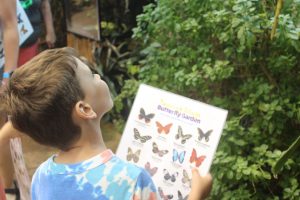 diagrams of the many species of colorful butterflies so they could go on their own butterfly scavenger hunt.

Those were just some of our highlights…and we never even got to the museum’s second floor! That’s where the Toy Hall of Fame is, which tracks the history of everything from board games and manipulatives to the latest video games.

The museum has a large lunch room area that was open with a limited menu because of COVID, but we still managed pizza and sandwiches for a good lunch. I noticed most of the locals brought their own coolers and lunch boxes of food, which was smart but not super practical for a family traveling from out of town. But for people who live close and can get season passes and visit all the time, what a great idea! I did get a tiny little wave of jealousy at the thought of being able to bring kids there on a regular basis. Of course, to survive a winter in upstate New York, with this kind of space for kids to roam, these parents absolutely deserve it!

As for the rest of us, the Strong Museum is a total must-see if you are anywhere close! We will be back! 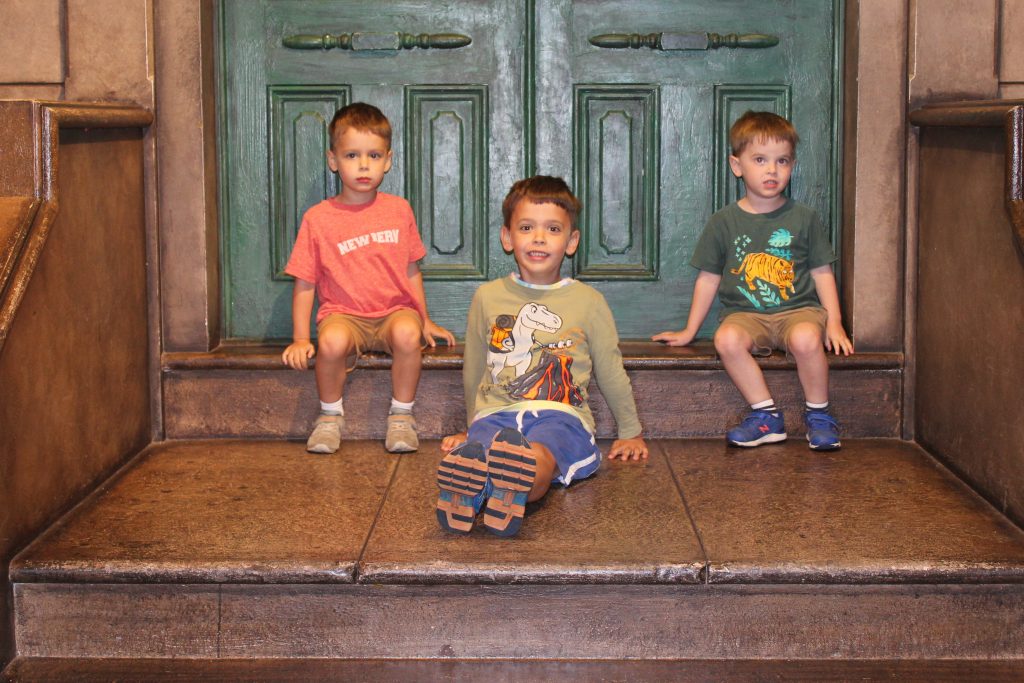