Home Parenting My amateur advice on nighttime potty training: Go for it
ParentingProducts

My amateur advice on nighttime potty training: Go for it

I figured I had bought some time by potty training the twins for daytime shortly after they turned 2. In the meantime, I was hoping they would figure it out on their own.

That’s what my oldest child did. I took the naptime diaper off to help training during the day, and he started waking up with dry diapers in the morning too. Once I took them off, he had one night time accident and that was it.

But a year after potty training the twins, one of them was still waking up with a full diaper. This was not going to be easy. Or so I thought. 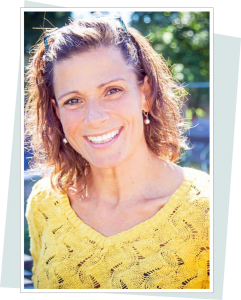 Janet Glowacki, author of “Oh Crap! Potty Training” is both an expert and a mom

I had given myself a deadline of this April, when the twins would be 3 ½, to do it. According to Jamie Glowacki, author of “Oh Crap Potty Training,” age 3 ½ is a pivotal point based on the development of a child’s bladder. “If it develops fully without the practice of holding and consolidating, those muscles will atrophy, and you will struggle indefinitely with bedwetting,” she writes.

I’ll pause here and acknowledge that plenty of people don’t buy her philosophies. My own pediatrician preaches that children develop the ability to hold pee through the night based on their physiology, that it’s not something you can train. I respect that, and I’ve read that constipation can play a big factor in bedwetting too. But something about that 3 ½ year deadline stuck with me, and I decided to go with the guru. In early March we took the plunge.

Not to jinx myself, but a month into it, just as my sons just hit 3 ½, they’ve been waking up dry. I take one of them for a “dream pee” before I go to bed, and that’s it. He’s the one who used to wake with a full diaper. When I first brought up the idea taking off the diaper at night, he actually told me he’d been too “scared” to get up and go to the potty in the mornings. But with the alternative wet PJs, he’s shown me his willingness to get up and go. I wouldn’t have known that if I didn’t just try.

5 ways to get prepared:

1. Make a plan that works for you. Part of why I procrastinated night training was because Glowacki recommends waking your child twice at night to pee at first. The idea is you take them to the potty half-asleep (so they’ll go right back to sleep) to help them learn the sensation of waking to pee and to bridge the gap until morning. I decided I’d attempt one dream pee before I went to bed, but skip the later one. If the twins woke me to go, or after an accident, fine, I’d get up. Luckily, nobody has woken me until the morning, even after an accident.

2. Buy something like PeaPodMats. Another twin mom recommended them, and they give me such peace of mind. PeaPodMats are absorbent mats you put on top of a mattress that you can take off, toss in the washing machine, and put your child right back to sleep without having to change the entire bed. (I wash ours the next morning!) They stay in place, unlike the disposable puppy pads I attempted to tape to my older son’s sheets! I bought the large PeaPodMats, which are almost as big as a top sheet, so even when the boys shift there’s plenty of coverage.

3. Set out a bin of extra pajamas for easy access. Our PJs are normally in their closet, so I put a few extra pairs between their beds for quick changes in the night. A bonus? My boys started changing their own PJs if they woke up wet in the morning, rather than calling me to do it at 5:30 or 6 a.m. Win-win!

4. Put potties in their rooms. I always keep two little Baby Bjorn potties in our twins’ room anyway, but I moved them over by their night light, so that if they have to pee at night, they’ll walk toward the light without it being so scary. That also means they’re just a short walk across the room for “dream” pees.

5. Talk to your child ahead of time. We tried to make night training a point of pride. “You’re going to be big boys now. You don’t need ANY diapers.” And I’ve been so much more laid back about accidents. This is a process. If they have an accident, just clean it up and move on. 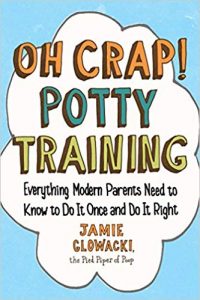 You mean, other than how nice it is to be diaper free? Mainly, that you don’t know how it’s going to go until you try. I assumed the worst, and it hasn’t been bad. Yes, there have been accidents, but not nearly as many as I expected. I made some adjustments in the routine and kept going.

We are still doing a dream pee, so clearly that means I haven’t figured it all out yet either. Glowacki says you’ll know when it’s time to stop when your child doesn’t want to be bothered with being woken up to pee. One of my twins resisted from the beginning, so I would only wake him on nights after he had an accident. But he’s earned the privilege to sleep on through.

The other twin, who prides himself on waking up dry now, actually wants me to wake him to pee. The crazy part is, his dream pee has become one of my favorite parts of the day. He is super cuddly in his semi-sleeping state, and he likes to smile up at me to acknowledge seeing me in the middle of the night.

Who knew there might actually be something I would miss about night potty training? So yeah, my advice, is to go for it.

The Benefits of Summer

Me, Myself and I