My entire family loves a good chicken sandwich. We decided to step out of our Chick-fil-A comfort zone and check out what else is out there in the QC. Meet Bossy Beulah’s Chicken Shack – seriously the B-E-S-T chicken sandwich we have ever had!

Bossy Beulah’s is the creation of Jim Noble, owner of Rooster’s (hands down my favorite restaurant in SouthPark), Noble Smoke, King’s Kitchen and Copain. Here is how Jim describes Bossy Beulah’s:

I come from five generations of people who love making chicken sandwiches, but my Great Aunt Beulah’s was hands-down the best. Born in 1906, Aunt Beulah (Beaut, for short) was no-nonsense but all-loving, especially to us kids. We playfully called her Bossy, but she paid no mind. The way she saw it, it’s ok to be bossy, as long as you’re right. And she was always right—especially when it came to fried chicken. She elevated the family sandwich-making craft to an art form, and we follow the same rules she laid down decades ago here at Bossy’s. It’s a sandwich with an old soul. 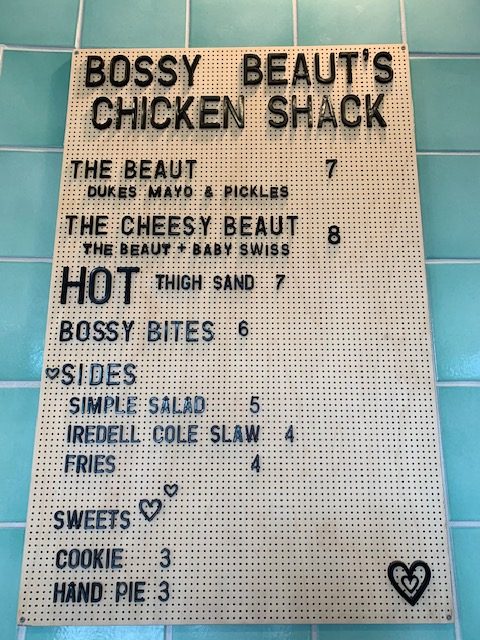 The Beaut for $7: They use all-natural chicken raised by Joyce Farms according to the highest standards, and you can tell. Dipped in buttermilk and breaded by hand to seal in the juices. Paired with potato bun, house-made pickles and a swipe of Duke’s mayo.
The Cheesy Beaut for $8: Add American cheese
Bossy Bites for $6: Hand-cut, hand-breaded bites (their delish version of nuggets) made from Joyce Farms chicken breast
Sides include fries, slaw and side salad
Smarty Tip: Fries come with a BB special sauce, ask for extra and put on your sandwich, Y-U-M! 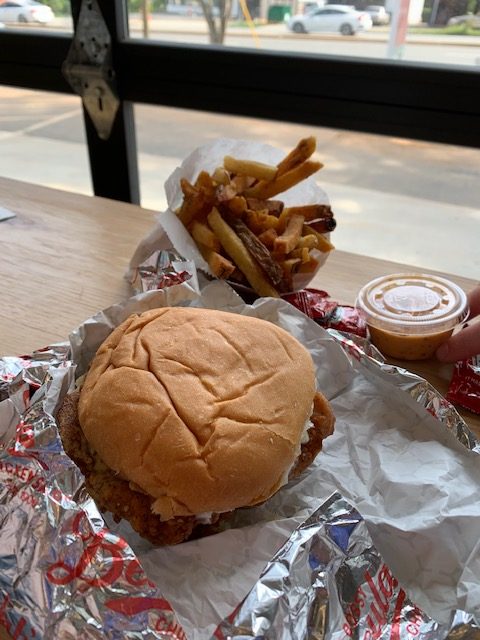 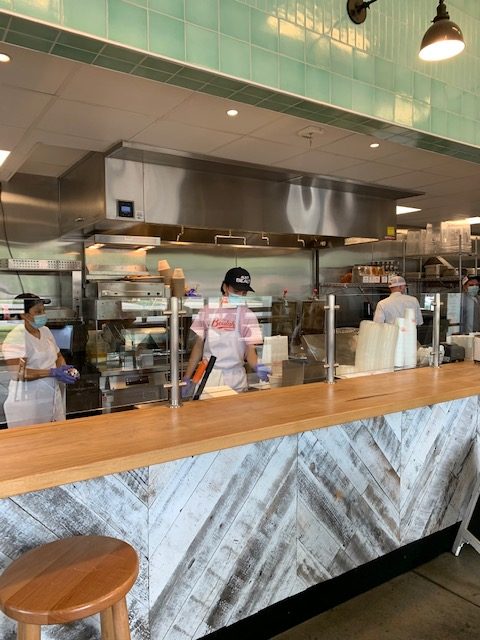 Located off Freedom Drive near Noble Smoke’s – convenient of course and you can park and eat in the beer garden. The inside of Bossy Beulah’s is counter style and small. We went at an off time and were able to eat inside. 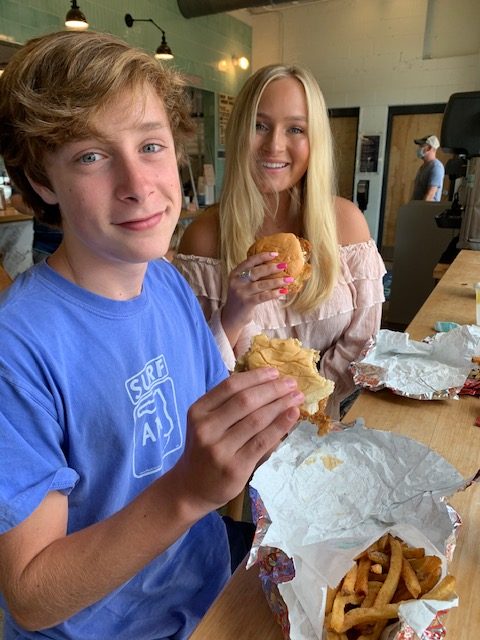 From the Smarty Health Corner and Novant Health: Your family playbook to back-to-school, COVID-19 edition

My top 5 restaurants for dining alone with...

is it bussin bussin