Home Education A glimpse into “re-acclimating” into preschool
EducationParenting

Bit by bit, our family is returning to some normalcy in the learning-to-live-with-COVID era. We’ve gotten back to our family tradition of going out for breakfast on Saturday mornings. We went to the North Carolina Zoo for Father’s Day. We had an impromptu backyard playdate with neighbors, keeping mostly social distance between the swing set and the sand box. Our 2-year-old twins are doing Soccer Shots, and we just started some private swim lessons for them as well as my 4-year-old son. 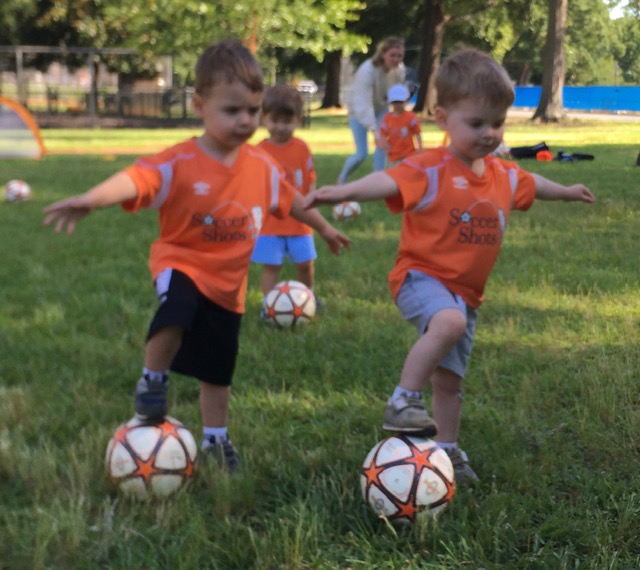 I’d like to think we’re playing it smart; we’re taking precautions, washing hands, spending social time outside. I know there are plenty of parents who will judge me and probably are (ahem) right now, but that kind of goes with the territory anyway, right? I figure other Smarties are either doing this too and can relate, or they aren’t and might be curious how it’s going and what we’ve learned.

First of all, luckily, nobody has gotten COVID. Secondly, after every new event or encounter, it feels like we are getting one step closer to the fall, when we (fingers crossed) will return to preschool, whatever shape that takes. With that in mind, all of these re-emergence baby steps feel like good practice. 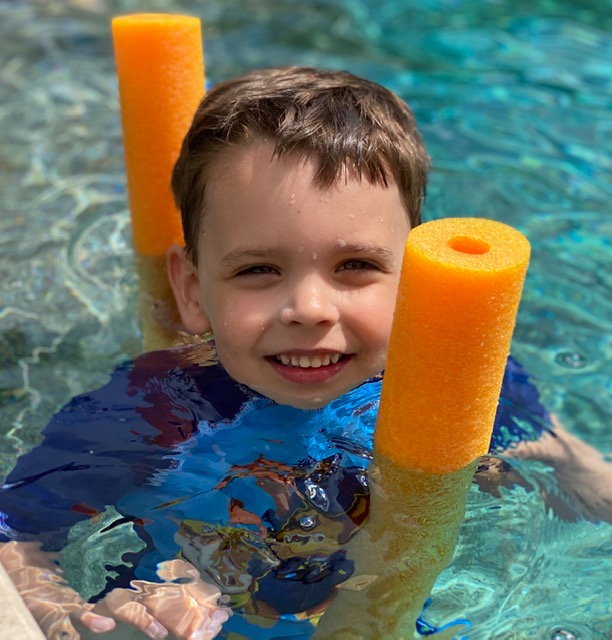 Just thinking about dropping my three sons off at preschool in the fall gives me a pit in my stomach. Not because I won’t leave skid marks pulling out of the carpool lane (smile) but because I worry about how hard a transition it might be for them, at least at first. Last year was our twins first preschool experience and just when they hit their strides, it ended. After nearly four months at home now, we’re so used to spending almost all of our time together. Even Mama realizes it’s going to feel strange to part ways three and four mornings a week.

Notice I mentioned my twins but not the 4-year-old? I figured he would be excited to get back to school. The upcoming year will be his fourth in preschool. He has missed his friends and teachers. He’s got one of his favorite teachers again in the fall. I don’t have to worry about him until it’s time for kindergarten. Right? Actually, I realized the other day, I shouldn’t make any assumptions about him either.

One of our twins’ classmates invited all three of my boys to a private party at “My Gym.” This classmate’s mom also happens to be an administrator at our preschool and a superhero. She wanted to show her support for “My Gym” which has been hit hard by the pandemic fall-out, and also give our toddlers’ class a bit of a sendoff. She went so far as to suggest parents could drop their children off at the party and go take some time for ourselves. What a foreign and amazing concept?!! 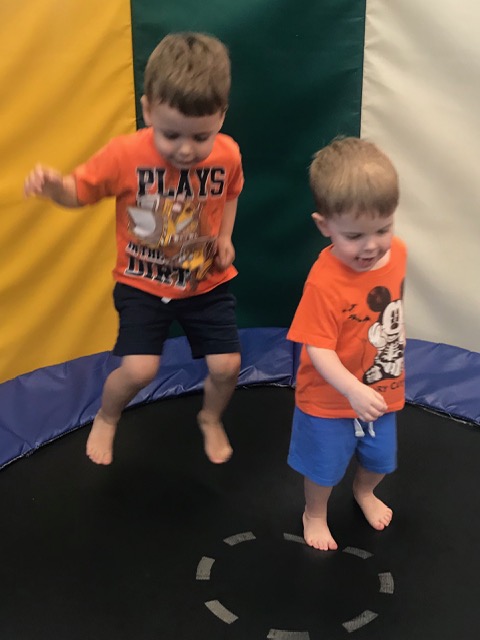 I figured I’d have to play it by ear. I knew my youngest twin might throw a wrench into any plans to leave. He was my shiest and had the harder time acclimating to preschool. I told him (and the other two) before we left for the party, I was going to drop them off and run to Starbucks and maybe the grocery store and then come back and join them for the pizza lunch. (I’m of the belief that surprise exits aren’t fair and make matters worse.)

Wes, my littlest, immediately started saying he didn’t want to go to the party. (We did anyway.) Shortly after we got there, I saw his bottom lip start to quiver, but no sooner had we washed hands than he went right through the door to the play area. After I helped wash two more sets of hands, I was out the door.

I made it to both the grocery store and Starbucks and was unloading groceries in my kitchen when I got a text that Wes had gotten upset but seemed to be recovering. I headed for the door. By the time I got there, Wes, was smiling and playing again, as was his twin Johnny, who is basically 2 going on 5. He takes most things in stride.

What caught me off guard was the greeting I got from my 4-year-old, Wade. He came charging toward me, brothers in tow, his eyes welling with tears. The sweetest “OMG we all haven’t seen each other in a whole hour” moment was marred by Wade’s quiet pleas to go home, as he latched onto my leg.

“I was very brave,” he said, at first. And he had been. I was counting on him to take care of his brothers and he did, just like I had asked him to; I got confirmation from another mom at the party who texted me a photo of Wade sitting, listening to an instructor with his hand on Johnny’s back. “Best big brother ever,” she wrote as a caption.

Beyond that, Wade couldn’t get words out to explain to me what was wrong, at least not discreetly. One of the “My Gym” instructors came up and told me Wes had cried during the puppet show, because he was scared of the alligator puppet. We talk a lot about alligators chomping in our house. I get it. But Wade was more of a quandary.

I asked if he wanted to talk about it when we got home, and he said yes, mostly, I think, because he liked the sound of the “get home” part. Eventually, after it became pretty clear we weren’t going to leave, he told me that he had missed me. Then I understood. Even my biggest boy, my bravest, is feeling extra-attached to me these days, and frankly, I am to him too.

Right about then, the pizza was served. Whether it was the pepperoni or laying his cards on the table, Wade started feeling better. The rough patch passed, and we stayed until the end of the party. All anybody could talk about on the ride home was sitting on the “hotdog” swing, jumping on mini-trampolines and sliding down two slides.

I asked them about friends they’d seen from their class and paid close attention to which names the twins could come up with. It was, after all, their friends who made up most of the guest list. But I was so glad Wade had wanted to tag along too, even though he didn’t know the one or two other kids there his age.

He had not only helped his brothers feel brave but had been brave himself, reminding me that when it comes to reacclimating to time with his friends, I can’t take anything for granted. All of our children are going to need some extra TLC.

Portrait Reference Photos — just DO IT!

Lice: The Other “L” Word