Smarties, meet our newest fitness partner, RunCLTRun! We are SO excited to be partnering with this awesome organization that values community, fitness, and inclusion. No matter what kind of runner you are – fast, slow, beginner, advanced, once-a-day, or once-a-year, you’ll DEFINITELY want to get to know RunCLTRun. They are THE source for all running news and information in the QC. RunCLTRun will have a little corner of the Smarty page every month to give us all the running goods in Charlotte, so be on the lookout for that starting today.

Founded by Lisa Landrum, RunCLTRun is THE connector in the Charlotte running community. From local race calendars, running group meet-ups, and training and recovery advice, RunCLTRun keeps Charlotte runners up-to-date and on the streets. If getting back into running or starting a running routine seems a little daunting, RunCLTRun will be your best friend. It’s one of the most inclusive, HAPPY groups we’ve ever met. Oh, and it’s totally free (that’s one of the best parts of running – it’s FREE!).

Start following RunCLTRun on social media (Instagram, Facebook, and Twitter), and you’ll see what we mean. Their social media feed is the BEST. You’ll want to lace up your shoes and hit the streets for a sweat sesh. Promise.

Here is runCLTrun in their own words:

The mission of runCLTrun is to support the running community of Charlotte. It’s simple.

You get what we’re saying, right?

Here’s another secret we don’t want to be so secret: you don’t really even have to run. You can run/walk. You can move your feet in a forward motion every day. You can think about running but not exactly get out there and do it yet.

Charlotte’s running scene is B-O-O-M-I-N-G and it can be a little hard to either jump in or continue with for some folks.

runCLTrun wants to make it easy.

How do you become a part of runCLTrun? That question has been asked a lot lately and the answer is the most simple of all:

If you’ve been thinking about getting into running or getting back into running and would love some accountability and new friendships, check out their Running Groups pages (also feel free to email RunCLTRun to add yours!). And, we hope to see you at one of these local races this month (psst! If you don’t want to actually run these races, you can also just go out and cheer on the runners – it’s a super-fun way for the entire family to get involved in the community!)

Lisa moved to Charlotte in 2004 by way of Indiana and Southern California. A runner for most of her life (she even has gravel in her knee from an elementary school track fall to prove it), she is excited to have a dynamic way to interact with the running community in Charlotte. 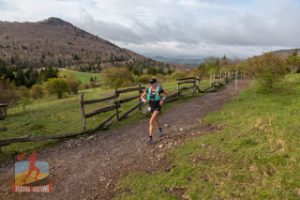 Getting to know runners of all levels, the places they like to go, the routes they like to run, the recovery they do and SHARING that information was the key motivator in starting runCLTrun.

Lisa is a firm believer in runners doing GOOD things in the community.

The mission of runCLTrun is to support and promote local runners of ALL levels and the local businesses that, in turn, support those runners.

Lisa’s running experiences include many half marathons and marathons, some 50ks, a 50 miler and pacing a 100 miler. She’s a Boston finisher and multi-time qualifier. She is also USAT-Certified.

Road races still sprinkle her running schedule and she loves a good pacing job, but her attention has shifted to trail running and she gets out on the dirt as often as possible.

Want to ask her anything? Just give her a shout at runCLTrun@gmail.com 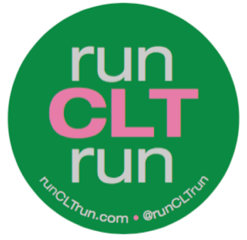 It will be Snow Cool at YMCA Camp Harrison’s Winter Weekend Dec 13-15!

From the Smarty Health Corner: Escape the Pain...

Are you looking for a way to give...