Home Entertainment Urban Air fun for the whole gang, even Mama
EntertainmentParentingThings To Do

Urban Air fun for the whole gang, even Mama

At first glance, a place like Urban Air – the indoor trampoline adventure park in Mint Hill – looked like fun but didn’t seem like all that great a fit for my family.

My three sons, 3 and 23-month old twins, seemed too young. Even my 3-year-old, who could hack it physically, is that kid who waits until every other child is out of a bouncy house before he’ll go in. He wants nothing to do with the Chick-fil-A climbing area if big kids are around. And the twins? Well, they are already hard enough to keep up with on flat ground. 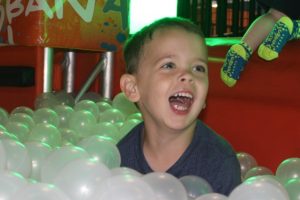 But all these assumptions were made before I learned what Urban Air offered on Friday mornings during the school year – a session just for preschoolers. No big kids! The facility opens early, from 10 a.m. to 12 p.m., on Fridays so kids 5 and under can enjoy all the fun without feeling intimidated by big kids.
My crew got a chance to check it out recently, and it was an absolute blast. It was like walking into an episode of Blippi, one of my son’s favorite shows on Amazon.

I figured if there was room to roam, and no big kids around, my boys would have fun. There was 4,300 square feet of it, and they did. Don’t tell anybody, but Mama even had some fun too. This wasn’t one of those activities where you just sit on the side with a diaper bag, snacks and water bottles in hand. I mean, you’ve got to show your toddlers how to jump, right? I got in on the act and so did our part-time nanny, who came with us, and she had a lot of fun with it too.
If it weren’t for having to stop every few minutes to redirect a twin or hold my more cautious twin for a minute or two, it might have even passed as exercise. I did have enough forethought to wear a sports bra, which was the right call. Though, Mamas, I will warn you, it’s best not to jump on a trampoline with a full bladder from your morning coffee if you know what I mean! Apparently two pregnancies and 35 some odd years since my last gymnastics class have changed a few things. 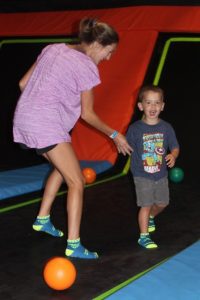 We spent most of our time in the two big Dodgeball areas, which weren’t really Dodgeball areas at that time of day. They were a series of trampolines that we basically had to ourselves. Eventually, even the little guys got the hang of it and had big smiles on their faces. Granted, they wanted to run around as much as they wanted to jump up and down, but it was all in the name of good, clean, safe fun that did way more than just get the wiggles out.
Jumping there for what felt like 30 minutes eventually seemed a little greedy, so we went over to the Tubes playground which is sort of like the Chick-fil-A play area times 20. It’s an obstacle course for littles, where everything is padded and safe. Even my twins liked climbing the little inclines, crossing the swinging butterfly bridge, and sliding down a double-teared slide. 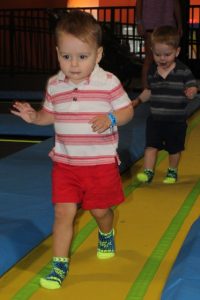 Next stop was the pit-o-plastic balls, and once you get past the weird feeling of the initial drop – it’s deeper than you think! – it is so much fun. Leaning back into the sea of balls actually felt comfortable. It’s probably been way too long since I’ve been to the spa, but for a second there, before I had to dig myself out, it was almost relaxing.

Getting in and out of the pit was a bit much for my twins – they were a little small for it – but the 3-year-old couldn’t get enough of that area, and we would have stayed in longer if it had been just him. Instead, we went back to another trampoline area and jumped around some more.

Ninety minutes of jumping and playing was just the right amount of time for my boys to wear down. That still left plenty of time to grab lunch at the kid-friendly Café (they even had “Daniel Tiger” and “Sesame Street” playing on the big-screen TVs) and still get home in time for naps.

Sitting there at lunch, looking around at the picnic-style tables, I could visualize coming back, whether it was on a preschool day or when my boys were in elementary and middle school. I could see myself sitting there with my husband or a mom friend, having a bite and a chat, while the boys ran around, doing the ropes course, playing ice hockey, jumping in the slam dunk zone, or whatever they felt like doing. 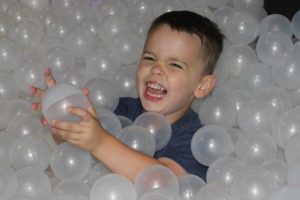 Being self-contained and indoors, Urban Air is a place you know your kids can have fun and also a little free reign too. That’s a pretty nice combination.

As for the pricing, it’s reasonable. The cost for the preschool session is $8.99 for kids 5 and under, $5.99 for a parent pass and $2.50 a pair for the traction-friendly socks all jumpers are required to wear (you take them home with you and can bring back to wear again the next visit.)

Be on the lookout for a second location in the greater Charlotte area coming soon. Urban Air is set to open another park in Cornelius on Nov. 30. 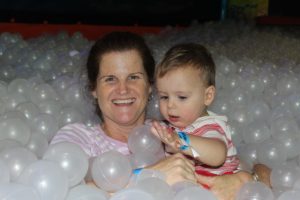 Smarty Scoop on Weekend Events: May 19-21