A new noun has entered my vocabulary in the past 2 weeks. As I casually drop “MAYcember” into conversation with another mom friend, her eyes light up and then bulge out when she replies “Totally!” In our commiseration, I ask if she’d seen the Holderness video – her laughter and head nodding confirms she had.

The Holderness Family from Raleigh, NC, has spawned a handful of parody videos over the years that have gone viral. Their most popular one was Xmas Jammies in 2013. Their latest video has officially claimed the end of the school year “MAYcember” because, for parents, it’s the only month more stressful than December. In their funny video, the Holderness Family sings Christmas Carol mockups (think “Have Yourself A Merry Little Xmas,” “Most Wonderful Time Of The Year,” and Little Drummer Boy.”) The parody plays off of Christmas songs that you don’t get in May, not to mention the lack of sparkly lights or decorations.

My only child may be wrapping up her kindergarten year, but I, on the other hand, have been schooled in the month of May. For as long as I can remember, I’ve suffered from Spring Fever. I’m not talking about hay fever or pollen allergies – but the relaxed, nonchalant feelings that propel you to do nothing when the warmer weather settles in. I was not afforded this luxury this month. 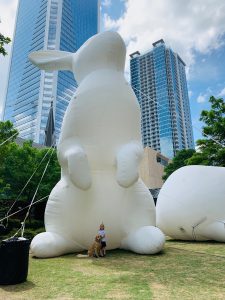 May is a typically busy month in Charlotte with the Wells Fargo Golf Championship, Kentucky Derby Parties, Mother’s Day and Memorial Day. This year has also included Charlotte Shout, a two-week city-wide arts festival. May is also known to be a popular month for weddings; my husband and I will attend two of them, while also celebrating our own wedding anniversary. My daughter will attend two birthday parties and celebrate her own only three days into June. These things alone would make for a busy month—but let’s add in a few more just for fun. Now that she’s in Kindergarten, we’ve had to include a Spring Arts Festival, Grandfriends Day (think parents and in-laws are coming into town and staying a while), and a Strawberry Picking Field Trip (which required parent volunteers) while taking swim lessons two days a week. It is also the end of spring soccer, (right after we finish up those rainy day make-ups), of which requires a participation trophy ceremony. For many moms of girls, this is also Dance Recital time. (I’ll leave those gory details to your imagination) 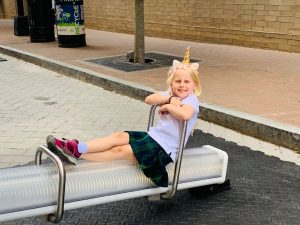 How do parents with multiple children manage MAYcember? This past Saturday, my daughter had been battling a low-grade fever and wasn’t up for the “make-up” soccer game. Because my husband is also a coach, he did not have the luxury of staying home. He went to Freedom Park to pick up 4 players and take them to their soccer game at another location. The girls on our team had older sisters who were playing in a championship match that started before the younger girls. To even have a team to play, my husband had to take my car (which has the third row) and arrange for extra booster seats to apprehend our team to play the make-up game. Luckily for us, our soccer team is made up of friends we’ve had since our daughter started preschool. The effort was easily something they would have done for us. Did I mention that we also hosted a “surprise” baby shower for another friend that same day? With only a few more “events” like our annual Memorial Day Party and our daughter’s birthday party (which is technically a couple days after May), I’m ready to return to my Spring Fever. Sadly, it won’t be until summer.

In the meantime, enjoy the Holderness Family Video Parody. 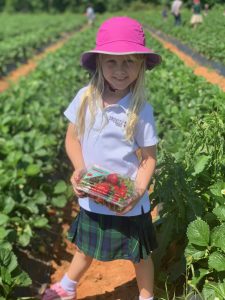 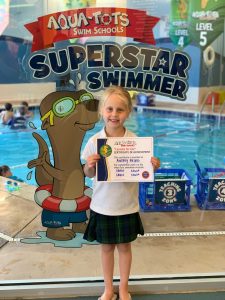 Smarty Alert: Springfree Trampoline Memorial Day Sale is happening NOW – save up to $350!

CSP Partners with the Avon Foundation’s Walk the...

What I gained in losing Mom…perspective