From the Smarty Education Corner: The Crosland Difference

I will never forget the night my son Davis told me, when he was in sixth grade, that one of his classmates earlier in the day had asked him (in a moment of pure frustration I’m sure), “Why can’t you just be normal?” My heart shattered even as the anger in my chest threatened to cut off my air supply.

Normal. There’s that word again. It’s become one of my least favorite adjectives. Because what is normal (or neurotypical in psychology-speak) after all? I can tell you what it has become to my family. Normality (or lack thereof) is isolating. It’s a carrot dangling tantalizingly close but never within reach. My son is Charlie Brown and ‘normal’ is the football that Lucy continues to pull away just as his foot begins to make contact. 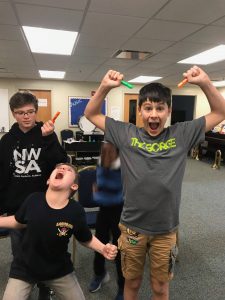 Davis has severe ADHD and Aspergers, a high-functioning form of autism. It’s a challenging combination that has produced a child with practically no control of his impulses, the attention span of a puppy, and a limited ability to navigate social situations. ADHD and Aspergers (in particular) also make him very immature for his age. Immaturity wasn’t a problem when he was eight. But in seventh grade, as his peers began forging their way to the realm of angsty teens, Davis stalled. The social gap became his own personal Grand Canyon. He came home from school frustrated and confused almost every day. As a parent, it was heartbreaking.

We knew it was time for a change. Davis had a target on his back at school, and we wanted him out of the line of fire. So we sent him to visit the John Crosland School toward the end of his seventh grade year. The look on his face and the enthusiasm in his voice after his first day of visiting was undeniable. He had found a home.

Crosland is truly a special place. With specialized teachers and small classes, each student receives the attention they need. The administration strives to create a supportive environment; a therapy dog roams the halls and classrooms, and the guidance counselor can be in a classroom at a minute’s notice. Every interaction is an opportunity to practice social skills and teachers are especially sensitive to managing conflict appropriately. Crosland is a place where children are understood; it’s often the first time they can be themselves without repercussion.
After only a few months at Crosland, we saw a shift in Davis’ demeanor. He was more confident. More secure. He looked forward to going to school and he had friends. As the year progressed, he made strides in his grades as well. His teachers understood his struggle to focus and his difficulty with impulse control so they became creative. They found ways to minimize distractions for him and put behavior plans in place to temper his tendency to blurt out. They essentially tailored strategies to fit his needs. Where else, I ask you, can you find that kind of attention for your child? 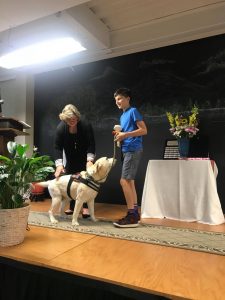 Davis is finishing his third year at Crosland. The confused and sad kid has been replaced by a happy and engaging teenager who feels more comfortable in his skin. Don’t get me wrong – he still struggles every day to muster the attention to complete homework and study for tests. And impulse control will be an issue for him for the rest of his life. But what Crosland has done is to teach him that it’s okay to be different. That, with effort, he can succeed. And, as a parent who simply wants her child to become a happy, self-fulfilled adult, I honestly couldn’t ask for more. Well, that’s not quite true. I’d like him to steal Lucy’s football and let Charlie Brown finally kick the snot out of it. 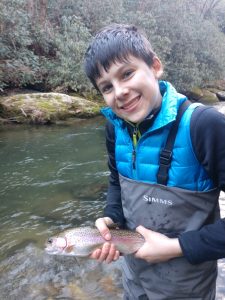 What to Say to a Bully

The blogger and the subject are two of the most important people in my life! So proud of Andrea and Kurt’s efforts to enrich and expand Davis’ life and keep that precious boy smiling!

It fills my heart with joy to see Davis bloom and feel comfortable in his own skin. His devoted parents and the wonderful support of the teachers and staff at Crosland has made a profound difference in his life.