From the Smarty Health Corner and CEENTA: Why does my child get so many nosebleeds?

CSP Team Note: This blog originally appeared on ceenta.com. We appreciate their letting us share it with you!

Your child is playing outside when he suddenly starts crying and holding his nose. Or you go to wake him up and there’s blood on his pillow. He gets nosebleeds, and it seems like he gets several of them a week. But what is causing your child to have them, and should you be worried?

How dry air can cause nosebleeds

Pediatric nosebleeds are fairly common, and dry air is the most common cause. The lack of humidity can dry out and irritate the skin on the inside of the nose. This can cause the capillaries to break open and bleed.

How trauma can cause nosebleeds

Physical injury can also cause your child’s nose to bleed. And trauma doesn’t mean they were hit with a baseball or tripped and fell, either. Children have the rather unpleasant habit of manipulating their noses, and the constant scratching can damage the insides of their noses. 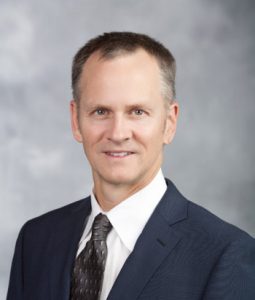 How illness can cause nosebleeds

If your child has a cold or allergies, the inside of their nose can swell. This can cause the capillaries to burst. Also, if your child takes medicine that can dry out the nose, they could have a reaction similar to being in an environment with no humidity.

How can I prevent my child from getting nosebleeds?

Fortunately, pediatric nosebleeds can usually be easily managed. If they’re caused by dry air, buy a humidifier for their room. Also, consider using an over-the-counter nasal saline spray two to three times a day and applying a saline gel to the nasal opening at night. You can put a small amount at the opening with a Q-tip. Try to prevent them from manipulating their nose. If you can treat the cold or allergy that’s causing their nose to bleed, you could possibly prevent the nosebleed, too. And if their medicine is the culprit, talk to their doctor about switching to something else.

How do I stop my child’s nosebleed?

Have your child sit upright or leaning slightly forward. Don’t have them lean back, as the blood could flow down their throat or even into their lungs. Firmly pinch their lower nose, below the upper bony part. Use a tissue or, if it’s bleeding heavily, a paper towel or facecloth. Don’t put anything up their nose.

Hold the nose for about 15 minutes. Then, carefully release the nose. If it has stopped bleeding, your child is likely okay, but make sure they take it easy. If it is still bleeding, hold it again for another 15 minutes.

If their nose hasn’t stopped bleeding after 30 minutes, you think they stuck something up their nose, they are dizzy, lightheaded, pale, or sweaty, or they are bleeding from their mouth, take them to a doctor or the emergency room right away. A doctor’s visit is also a good idea if they have more than four a week.

“Many of our nosebleed patients can be managed with aggressive humidification using a humidifier, saline spray, and saline gel as described above,” CEENTA ENT doctor FP Johns Langford, MD, said. “If the nosebleeds persist there are some simple in-office procedures that can be very helpful.”

A nosebleed doesn’t need to be cause for alarm, but if you do have concerns, know that a CEENTA doctor is only a phone call away.

Dr. Langford practices in our Concord office. To make an appointment with him or any of CEENTA’s ENT doctors, call 704-295-3000. You can also request an appointment online or through myCEENTAchart.

What I Wish I Knew Before Having a...

How do I never see it coming?