CSP Team Note: We recently interviewed Todd Vedder, MD, about the importance of flu vaccines. This post is your friendly Smarty reminder to get your kids’ (and your!) flu shots scheduled now. Dr. Vedder is one of Atrium Health Levine Children’s newest pediatricians and has recently joined Providence Pediatrics. A big thank you to Dr. Vedder for taking the time for this interview.

Why is the flu vaccine so important?

We often get so caught up in the daily news cycle that we forget that last year’s influenza ‘flu’ season was one of the worst in recent history. In the 2017-18 flu season, over 80,000 people died worldwide and 180 children died in the United States from flu complications. Nearly half of those children had been completely healthy before catching the virus.

Unfortunately, there’s no crystal ball to predict how a person will handle the flu when they catch it. Although the flu vaccine may not offer complete protection against the illness itself, recent research has shown that those who get the vaccine are significantly less likely to suffer the most severe complications such as hospitalization or death.

Also remember that the flu can result in missing days of school or work. It can be a tall order for busy high school and college students to catch up on their studies after such an illness.

At what age should a child get the flu vaccine?

All children 6 months of age and older should get the flu vaccine.

Expectant mothers and moms of newborns should get it, too, and it’s safe to breastfeed after receiving it. If there’s someone in your house who can’t get vaccinated (such as an infant younger than 6 months old), then the other members of the household should get the flu vaccine to provide a surrounding layer of protection.

Who should not get the flu vaccine?

Almost everyone should get the flu vaccine.

In some cases, children either aren’t old enough to get it or just need to visit their doctor first.
For example:

What is the flu vaccine schedule?

Unlike many other vaccines, the flu vaccine is given every year. It’s designed to protect against either 3 or 4 strains of the flu.

Children should receive the influenza vaccine as soon as it’s available in their community. If your child is younger than 9 and has never gotten a flu vaccine, they need to receive 2 doses given 1 month apart.

There’s no known advantage to waiting later in the season to get the vaccine. But it’s never too late to get vaccinated against the flu. Even if your child has already caught the flu this season, the vaccine could potentially protect them from catching another influenza strain. I’ve seen many children in my practice who caught influenza A in the fall and then, as chance would have it, came down with influenza B later that winter.

My motto is “Don’t procrastinate to vaccinate.”

Are there side effects?

The flu shot doesn’t have any more side effects than any other vaccine – usually just some muscle soreness where it was given, or skin redness and swelling. The flu shot is a dead vaccine, meaning it only has pieces of protein from the influenza virus. Also, most pediatric offices offer the flu vaccine in single dose thimerosal-free vials, which means it’s free of mercury-based preservatives.

A nasal spray version of the flu vaccine (‘flu mist’) has returned to the United States this year, but there are restrictions on who can get it. The mist uses a weaker version of the live virus than the shot. People who receive the mist can come down with mild flu-like symptoms a couple days afterward.

So long as it’s available, the American Academy of Pediatrics recommends that your child receives the shot version of the flu vaccine – there are some concerns that the nasal version doesn’t offer as much protection.

What are some ways to ease a child’s anxiety around shots?

Reading high-quality books before a visit to the doctor or dentist can help calm a child’s fears, while also promoting family bonding. Check out No Shots for Me, by pediatrician Daphne Nizza Shaw, MD, and The Shots Book: A Little Brother’s Superhero Tale, by child author Ethan Posard.

When your child is getting a shot, the art of distraction really comes in handy, whether it’s with a pinwheel, bubbles, noisemakers, or if push comes to shove, even a favorite age-appropriate YouTube video.

What are the first signs of the flu?

The flu typically begins with sudden onset of fever, along with chills, headache, muscle aches and a cough that doesn’t produce phlegm. Soon after, sore throat, nasal congestion and cough can become more prominent. Less commonly, influenza can cause abdominal complaints, such as vomiting, diarrhea and pain.

I often suspect the flu over another respiratory illness when the child has that “blah” appearance – their eyes are often glassy. Muscle aches (particularly in the calf muscles) also tend to be a strong indicator.

I can’t reiterate enough that the best defenses against the flu are good hygiene (such as proper hand-washing), cough covering and receiving your annual flu shot. 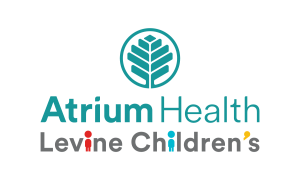 Moms supporting moms is the best way to go

Fitness Friday: Fall is in the Air and...