Home Education Behind the curtain: Roald Dahl’s ‘Matilda the Musical’ at Children’s Theatre of Charlotte
EducationEntertainment

Behind the curtain: Roald Dahl’s ‘Matilda the Musical’ at Children’s Theatre of Charlotte

Smarties, We were so W-O-W-E-D by the performance of Roald Dahl’s Matilda the Musical that we asked our Smarty Friends at the Children’s Theatre of Charlotte for a more in-depth look at the casting process. Join me and let’s go behind the curtain and learn more about the casting process and actress, Allie Joseph, who plays Matilda! This article is written by Sarah Kasper, Public Relations and Social Media Manager at the Children’s Theatre of Charlotte . 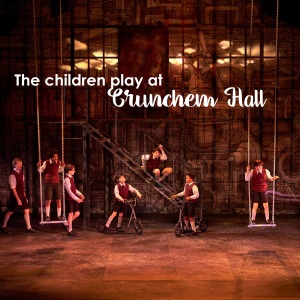 What some may not realize is that a majority of shows at Children’s Theatre of Charlotte have casts with just professional adult actors. There are productions throughout the season, like Matilda the Musical, that have a hybrid cast of both student and adult actors. This is a fantastic learning experience for young inspiring students. For this reason, there are two sets of auditions for the Mainstage season.

I am sure there are some wondering “What does the audition process look like for the average child actor at Children’s Theatre of Charlotte?”

Let’s break it down. 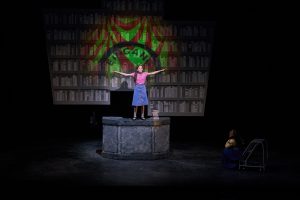 There are two days of initial auditions. The first day is held for students in SOTT programs just like Allie Joseph, who plays Matilda. The second day is for all other youth in the community and other programs who want to audition. At an initial audition, the students are required to audition the same way that professionals audition. Talk about hands on experience! They have 90 seconds to present both a song and a monologue. The song is usually 16-32 bars of music from a musical theatre show. An accompanist is provided so the student is required to bring sheet music that the accompanist will play. Children’s Theatre of Charlotte does not allow students to bring their own pre-recorded music , nor can they sing acapella (sorry, Pitch Perfect fans). Each child enters the room, gives their music to the accompanist and give the accompanist required information such as what tempo they would like. Then they move to their place in front of the audition table and “slate.” That is when you state you name and usually what pieces you are performing for the directors, music directors and choreographers.

The next piece to the puzzle: callbacks.

The initial audition is just round one. Later in the week, if the student is being considered to play 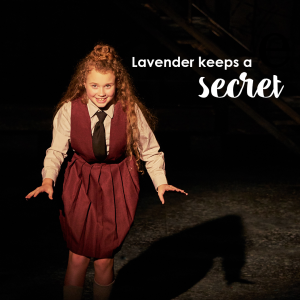 a role in the show they will CALLed BACK for more auditions. They send the student sides to prepare at least a day before the callback. “Sides” are both musical selections from the show as well as scenes that they have to prepare. When they arrive at the callback, the first thing that happens is a dance call. The choreographer will teach all the kids a routine that is in the style of the show, then the students are brought up in groups of 4-8 up at a time to perform the routine. Then the students will sing the selections they were provided from the show. Next is when students will read their scene sides. Sometimes it is with a reader (someone who sits in a chair and reads all other parts while the student reads their part), and sometimes they partner with another student to read. In the case of Matilda, the artistic director, Adam Burke, had multiple actors who were finalists for the star role. He worked with them individually and had them sing a song from the show to see what choices they made with the song and character. This also allowed him to see how they take direction. Then he spent time working to see if they had the ability to live in the moment as the character and make active choices. In his own words, what made Allie so special was her ability to create a character, connect with the song on a visceral level and make sophisticated choices, yet retain a raw and young quality to her performance.

There is a lot that makes Allie so special, and also the perfect fit for the role of Matilda. I sat down with her to learn more about the girl behind the role. 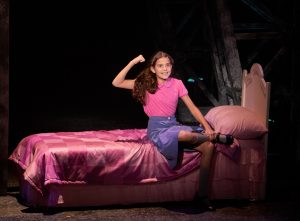 Who are you off stage in everyday life?
Off stage, I do really like to read, but I don’t have super bad parents like Matilda does! Since I’m homeschooled, my mom is my “headmistress” and she’s (mostly!) not like Miss Trunchbull! In the show, I stick up for the character played by my brother, Max, when he’s being bullied by Miss Trunchbull, but in real life, I do like to play pranks on him! However, I would also defend anyone I saw being bullied!

What do you like to do for fun?
I play softball for the Morrison Sharks travel softball team, and I enjoy art, especially calligraphy and hand-lettering. I also love making slime and playing with and trading squishies with my friends!

What inspired you to audition for the role of Matilda?
I love musical theatre, both performing it and watching it! When I went to see the Broadway Touring Company perform Matilda, I left the theatre and told my mom that playing Matilda was my dream role! When I heard that Children’s Theatre of Charlotte was going to open the season with Matilda, I started preparing for the auditions right away!

Have you ever been in a play prior to Roald Dahl’s Matilda the Musical?
I sort of grew up at Children’s Theatre of Charlotte because my brothers both took classes there. I started asking to take classes as soon as I was old enough. My first time on stage was as an orphan in Oliver!, which was part of OnStage (the shows that culminate the end of CTC’s School of Theatre Training year). But, I didn’t actually perform in a Mainstage show until I was 9, when I was in the ensemble (and the understudy for the character Gladys) for The Best Christmas Pageant Ever: The Musical. Matilda is my first lead role on the Children’s Theatre Mainstage.

Do you have any acting advice for others?
I’m only 11 years old, so I’m not sure that I know enough yet to give good advice to other people! I guess I would tell kids that want to act or do musical theatre that they should go see as many shows as they can, and find a great place to take classes, like the School of Theatre Training at CTC. I also take voice lessons, and that has really helped me develop my singing. I think it’s important for kids to take every chance they get to be on stage. I was in the ensemble and was an understudy for many shows before I got my first lead role, and I’m sure I’ll still have plenty of ensemble and understudy roles in the future! And, always look for ways to improve; one time my mom said it was great that I hadn’t gotten any notes (things to improve) after a rehearsal, but I like getting notes, because that’s how I get better.

Here is a little sneak peak: 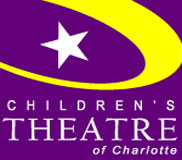 Children’s Theatre of Charlotte has grown to become one of the top theatre and education organizations for young people in the United States. Nationally recognized for the breadth and strength of its programs, Children’s Theatre of Charlotte provides more than 250,000 experiences for children and families a year with technically imaginative productions and wide-ranging education programs for young people. To learn more, visit ctcharlotte.org or call 704-973-2828.

Love to dance but looking for a little...