Taking a trip to an Orlando theme park? Check out World Class VIP

If the thought of going to Disney World (or Universal Studios) with your family looks like this: 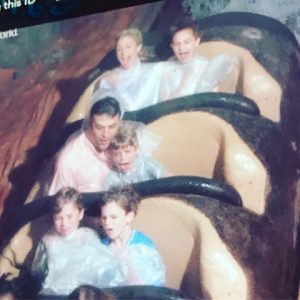 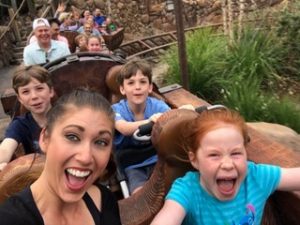 I have the PERFECT answer for you. You heard that right, Smarties. I have found the secret to a magical Disney experience. It’s called World Class VIP. My family of six just came off of a four-day Disney extravaganza over the EASTER HOLIDAY, one of the most crowded times for the park, and guess what? We had fun. You heard that right. FUN. In a crowd like this: 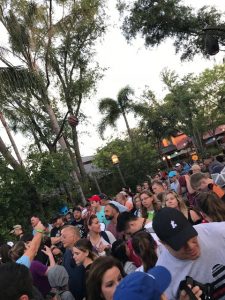 And we rode every rollercoaster we set out to ride, and barely waited in a line. I never in a million years expected it, but it’s true. It was totally magical. And, there’s one reason: World Class VIP.

So, here’s a little back story. Our kids had a super long Spring Break this year, which begged for travel for at least a few days. We wanted to go somewhere within driving distance that would {hopefully} be warm enough to feel like spring and would make all four kids happy. Add in my husband’s hotel points, and boom! Disney was the answer to this Spring Break mathematical equation. The problem was we knew all too well what we were getting into – our last Disney trip was over Easter. Just thinking about the crowds, the Fast Pass debacle-to-come, the Ph.D in Disney that I don’t have – it all made me want to fly far, far away to my own Neverland. Plus, we really didn’t want to get in the situation where we were waiting in such long lines that we were only riding a couple rides a day – totally not worth the money or the drive!

We looked into splitting the cost of a Disney-brand VIP service with some family friends who were going to be at Magic Kingdom on the same day (I’m looking at you, Smarty Anne!), but the cost was INSANE. Neither family could justify it.

Here’s where World Class VIP comes in (and I have to give total props to Smarty Anne for discovering this gem). They are a Disney and Universal tour service that eliminates any and all stress around a theme park vacation. Seriously. In a word, they’re #lifechanging.

Here’s how it all went down:

1. I reached out to World Class VIP about a week before our trip via email, then I talked to Shay, the owner, over the phone. I knew from the second I started the conversation that she was awesome at her job. She was SO upbeat and friendly. She gave me some recommendations for how to use the tour guide, and we settled on a plan. We’d have a private tour guide for two days: one for the Magic Kingdom and one for Animal Kingdom.

2. Shay sent me an Excel spreadsheet that allowed my family to detail our ride preferences for each park, characters we wanted to see, places we wanted to eat, etc..

3. Our tour guide for Day #1, John, called me a few days before our trip to introduce himself and give me deets on our customized itinerary. At one point in our conversation, he said something like, “You don’t have to worry a THING about this trip. No stress. Just leave it up to me.” Ummmmm, if that doesn’t sound like magic, I don’t know what does!

And the rest, as they say, is history. 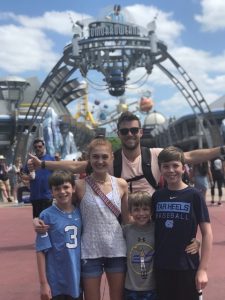 John with the kids – seriously magical.

John was our tour guide on Day #1 at Magic Kingdom and Gianna was our tour guide for Day #2 at Animal Kingdom. We LOVED getting to know them and both fit in perfectly with our family. They were so incredibly fun, personable, knowledgable, and just plain AWESOME. Both were so capable of getting us in and out of each ride without missing a beat. By 11:30 am on Day #1, we had ridden nine rides at Magic Kingdom. Amazing. 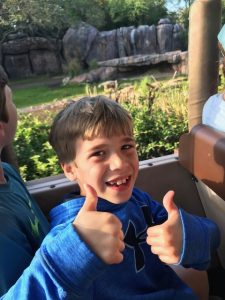 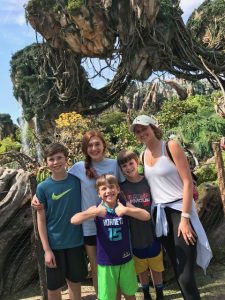 Gianna with the kids

And, it wasn’t just getting us on all the rides – it was the little things, too. Like, John got us reservations at a really great restaurant in the Magic Kingdom that serves REAL food, not just fried nuggets, because he knew we wanted something semi-healthy for at least one meal ;-). And, Gianna grabbed snacks for our kids while we rode on a coaster at Animal Kingdom because the kids were starving. We walked off the ride, and there she was with food for the masses. Gianna also rode in my place on one of those crazy spinning rides because my stomach couldn’t take it. She even got us in on Avatar’s Flight of Passage – the IT ride of the season – for a second round. They took family photos so everyone could be in the picture (and were crazy-good photographers). They knew where to get all the best pics, too. It’s little touches like that combined with the biggies – a perfectly executed and personalized itinerary, friendly and knowledgable tour guides, almost no waits for anything, and never (not ONCE!) looking at a Disney parks map or that flippin’ Disney app during our two days that make World Class VIP simply the best. 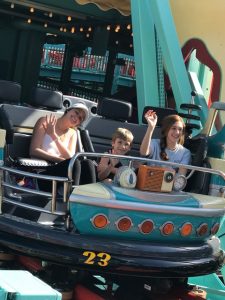 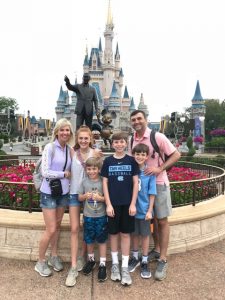 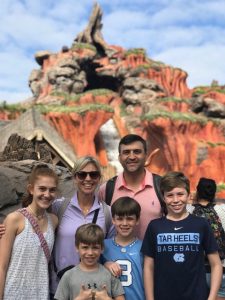 See? They knew where to get all the best family photos!

My kids never fought. They never got a case of the gimmees. My husband and I never bickered. We actually had FUN. We had fun. At Disney. Over Spring Break.

I wish we could be VIPs every day of our lives, but if you’ve gotta pick the perfect place to pull a VIP card, it’s at Disney. Go ahead and put this in your Disney budget and just do it – it’s priceless! We will never do Disney without them again (or Universal – we’re totally booking World Class when we tackle Universal in a few years)! Definitely give them a call if you’re headed to Orlando soon! 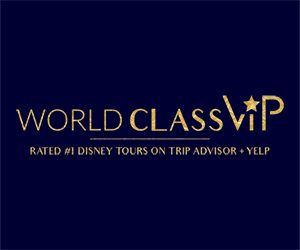 Is my Preschooler Ready for Kindergarten?

Get your family outside and be active together this summer! (P.S. We have a giveaway from our friends at Springfree Trampoline!)

Top 5 Social Media tools and why you...

Smarty Steal: Half off enrollment fee through the...

Germs and Winter and Toddlers, Oh My!

Child Modeling: What you need to know

Will definitely be looking at this for our next trip! I would love for someone else to navigate Disney for us!!