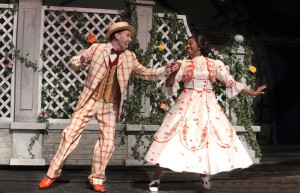 Children’s Theatre of Charlotte is preparing for a simply supercalifragilisticexpialidocious 70th season.

“Winds in the East, mist coming in,
Like something brewing and about to begin.”
~ Mary Poppins

Just like the quote says, something is brewing in the air. Can you feel it? The new season at Children’s Theatre of Charlotte is upon us. Can you tell I am super excited?? Last season, was jaw-dropping, sit at the edge of your seat, laugh out loud, standing ovation AHHHHHHH -mazing. I can only imagine what they have in store for us this season. Opening night is less than 10 days from today – Friday, October 6th. They are starting off with one of my all-time favorites, Mary Poppins. 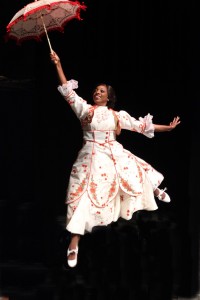 Just read what CTC has to say about it:
To celebrate the opening of its eighth decade of creating theatre for young audiences and their families, Children’s Theatre of Charlotte is opening its bags of tricks and welcoming Mary Poppins to its stage for a smash hit sure to send audiences “flying.”

The production will be so big, in fact, that it’ll take flight. ZFX Flying Effects will create the magic that sends Mary Poppins flying and audiences cheering.

“Mary Poppins is one of the most beloved stories across generations,” Bobbitt said. “I couldn’t think of any theatre more apt to create the magic Mary Poppins needs than Children’s Theatre of Charlotte.” 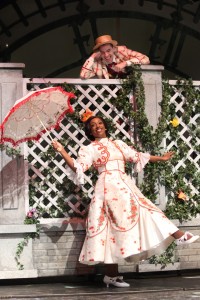 Good Luck Smarties, I hope to see you there. It is going to be a supercalifragilisticexpialidocious time!

Audiences can purchase tickets online at www.ctcharlotte.org or by calling 704-973-2828. 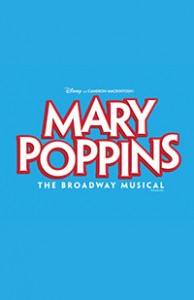 Save the Date: Town Hall on Social Media Parenting 2.0 on Sunday, October 29th!

It will be Snow Cool at YMCA Camp...

I always loved the little mermaid but my daughter loves Mary Poppins!