Home Entertainment Smarty Movie Review: The best of the ‘Royals’
EntertainmentThings To Do

Smarty Movie Review: The best of the ‘Royals’

I’ve got a secret that I haven’t shared with too many people until now—I might have a tiny little obsession with the Royal Family. It probably started when I woke up at the crack of dawn as a kid to watch the wedding of Charles and Diana. It continued as I joyfully celebrated the union of William and Kate and the arrival of their adorable babies.


So I couldn’t contain my glee when I found out about the new Netflix series The Crown which debuts November 4th. The series begins in 1947, when young Elizabeth falls in love and marries Philip. Their life changes dramatically when she ascends to the throne at the age of 25, much earlier than expected. The story promises to bring us into the private struggles of the Queen’s amazing life. If that’s not enough to grab you, The Crown will be one of the most expensive TV series ever made ($110 million!) promising amazing costumes, locations, and set designs (which should cheer up those mourning the loss of Downton Abbey!) I cannot wait for this series to begin. So if, like me, you have a serious love of all things Royal, here are a few other terrific options for you to enjoy. 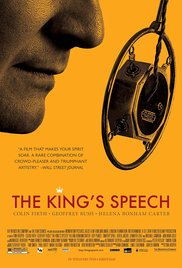 This brilliant Oscar winning film focuses on King George VI (father of the current Queen) the man who wasn’t supposed to reign. Raised as the “spare” second born son, Bertie (as he was nicknamed) happily lives in his older brother Edward’s shadow and supports Edward as he becomes King upon their father’s death in 1936. When Edward decides to give up the throne in order to marry his divorced lover Wallis Simpson, Bertie must take the throne. Unfortunately, Bertie has suffered his entire life with a stammer, making it incredibly difficult and embarrassing for him to give speeches—a crucial part of his new job. Bertie’s loving wife finds help for him with speech therapist Lionel Logue. Bertie and Logue’s time together creates a great friendship as Logue helps Bertie to find his voice. With a stellar cast including Geoffrey Rush, Helena Bonham Carter and my beloved Colin Firth (who won a well-deserved Oscar for best actor), this is a not-to-be missed gem of a film. 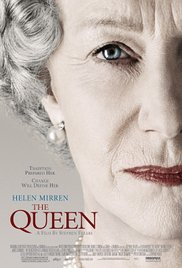 So if you watch The Crown to meet young Queen Elizabeth, you absolutely have to watch this film about Elizabeth’s later years. Set right after Princess Diana’s tragic death, The Queen details the harrowing weeks that followed for the Royal Family as they grappled with the devastating news. During this time, the British citizens became furious with the Royals and their apparent lack of sympathy for the mourning country. With the help of Prime Minister Tony Blair (Michael Sheen), the Queen strives to show her sympathy while maintaining her born and bred composure. Helen Mirren is absolute perfection as the regal and stately Queen who struggles to voice the Royal Family’s sadness for Diana’s death. She definitely deserved her Oscar win for best actress. It is completely fascinating to go behind the curtain to see the toll those weeks took on the Queen and how close the country was to revolting against the monarchy in favor and support of the “People’s Princess.” 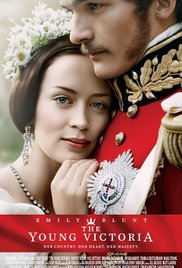 If you are looking for a royal love story that is gorgeously filmed, you’ve found the right movie. The Young Victoria tells the story of Queen Victoria from childhood to late in her successful reign. Played by the stunning Emily Blunt, Victoria leads an extremely sheltered life as she awaits her future life as the Queen of England. She is constantly surrounded by people who wish to control her and usurp her power. When Victoria is introduced to Albert (Rupert Friend of Homeland fame) as a potential suitor, their relationship blossoms even though her uncle wishes to use the relationship to his advantage. The union has its struggles. Albert must reconcile the fact that he is marrying someone far more powerful than he will ever be while Victoria grapples with putting her country above all else, including her husband. Talk about girl power! 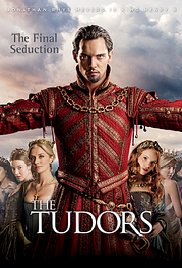 Want your history lesson with a side of something steamy? Then check out the Showtime series The Tudors. King Henry VIII sure was a randy guy! It’s fascinating to see all of the machinations of this power hungry crowd as they vie for position and favor with the King. Jonathan Rhys Meyers is terrifying as Henry as he becomes progressively crazier over time as he weds and discards wife after wife. His romance with Anne Boleyn is especially fascinating and Natalie Dormer is fantastic as the scheming queen. I’m sure if students learned about the English Reformation by watching this scandalous series they wouldn’t have any trouble passing that subject! The series gets bonus points for casting the gorgeous Henry Cavill in his pre-Superman days.

So boil up a pot of tea, grab some scones and clotted cream and curl up on the couch to be transported to merry old England high society.

Fitness Friday and Smarty Alert: New flyers FLY for free with a friend