Home Education From our Smarty friends at Charlotte Country Day: Pokémon Go—Don’t Dismiss It!
EducationEntertainmentParentingThings To Do

From our Smarty friends at Charlotte Country Day: Pokémon Go—Don’t Dismiss It!

CSP Team Note: This blog was originally published on the CCDS blog. We thank them for allowing us to share it with you!

We just got back from a week at Disneyworld. The number one attraction wasn’t the new Frozen ride or Expedition Everest. It was Pokémon Go. The parks were full of kids and young adults walking around, smart phones at arm’s length, stumbling amongst the crowds seeking monsters, pokestops, and gyms. Our family vacation coincided with the launch of the game on the European Apple and Android app stores, so we watched as UK, French, and German tourists joined the hunt. 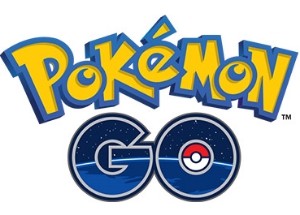 My first reaction as a parent was dismay, watching folks who had made the investment and trek to Orlando choosing screen time over the experience of the parks. As an educator and obnoxious American, I brought this up with a French family. The mother gave a Gallic shrug, the father told me it keeps the kids quiet, and the younger son said, “I get to tell my friends I caught my first Pokémon at the Magic Kingdom!”

That’s what thousands of players will get to say. For those players, the Disney location added a cache to the game. Pokémon Go has been wildly successful, using augmented reality (AR) to get people off their sofas and into the outside word for game play, mashing animation with real world maps and video. I’ve used AR apps at the Smithsonian to enhance my experience, viewing 3D images of dinosaurs as I moved my iPhone over a model skeleton. As a technologist, I wonder how long it will take Disney to adapt and start adding lure modules to shops and snack carts. As a dad, I weigh how AR games and tool will impact my family.

Signing up for a Pokémon account is easy; Niantic and Nintendo have privacy settings in place as default for new accounts, and the company allows parents to set up accounts for children. By default, the game protects player privacy and does not share location or other information with other players.

As of this week, 20+ million people are playing Pokémon Go on any given day. Tweens and teens are getting out of the house and walking far afield. Exercise and mobility are key components of the game, as is the potential for risk if players don’t pay attention to common sense safety concerns. There have been accounts of players trespassing on private property, accidental injury, and criminal activity as nefarious types take advantage of Pokémon-focused players wandering into unfamiliar territory. Kids are excited and parents are worried about risks. As Scott Waybright, Country Day’s assistant head of school noted, “As adults we often express quick judgment and are dismissive of children’s interest in new technologies, trends, or games. If this becomes our default reaction, we will miss the opportunity to engage in healthy dialogue with our kids.” This iteration of Pokémon offers a way for parents to leverage game excitement, opening paths for conversation while acknowledging our concerns with screen time and real world risks.

Look at it this way—Pokémon Go provides the opportunity to walk Charlotte neighborhoods with your kids or take a few laps around the lake at Freedom Park while discussing digital and physical safety. Want some more family bonding time? Head to South End, seek out city landmarks, or take the dog for a longer walk while hunting monsters or seeking new Pokémon gyms. The benefits of AR lie in the “reality” part. Players need to get out in the world to play the game. And parents can have a good time going along on the hunt!

What to expect in high school at MACS