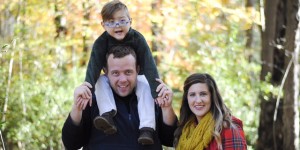 This was originally posted on Levine Children’s Hospital’s blog, and we thank them for the opportunity to share with Smarty Charlotte!

When he was born at just 23 weeks, Pierce Franks measured barely 12 inches long and weighed a mere pound and a half.

He was very small and very sick, and he desperately needed breast milk to help fend off necrotizing enterocolitis, a severe intestinal condition commonly seen in premature infants.

But his mother, Lindsay, who’d delivered with four months still to go in her pregnancy, didn’t have much breast milk to pump.

That’s when the hospital came through with a way to help: donor breast milk. At Levine Children’s Hospital’s neonatal intensive care unit (NICU), babies weighing less than 3 pounds, 5 ounces can be fed with donated breast milk during their first few weeks of life. The milk helps protect their underdeveloped immune systems and reduce illnesses until their own mother’s milk production kicks in. Or, if a mother is producing some milk, but not enough, additional donor milk can be mixed in.

“Many moms take time to develop milk when delivering prematurely,” says dietitian Suzanne Smith, MS, RD, a lactation consultant at Levine Children’s Hospital. “We don’t want to prevent babies from getting the milk they need just because mom isn’t quite ready.”

Through the donor milk program, little Pierce, who ultimately spent nearly four months in the NICU, was able to get the breast milk he needed to help him grow. Now 4 years old, Pierce is thriving at home.

At Levine Children’s Hospital’s NICU, babies drink 600 ounces of donated breast milk every month. It comes from not-for-profit milk banks, and moms are screened rigorously before they’re allowed to donate. The milk bank pasteurizes the donated milk and passes it on to the hospital, where it’s frozen until it’s ready to use. The result? Healthful, disease-fighting breast milk for the vulnerable newborns who need it most.

The hospital reports it has seen lower rates of infections and complications in its NICU newborns since starting to offer donated breast milk in 2009.

Lindsay, who now runs a nonprofit to provide support for parents of “micro preemies,” says she saw the benefits firsthand. “The donor breast milk program really has a huge impact on outcomes,” she says.

Most NICU moms do go on to transition their babies from donated breast milk to their own milk. Regardless of the source, Smith says breast milk is one of the best things a growing baby can have.

“There have been many recalls on formula over the years,” says Smith. ”But to date, there’s never been a recall on human milk.”

Smarty Alert: Are you a Bob Mayberry Moms...

Meet Dr. Andrew Gear and the staff of...