CSP Team Note: We recently interviewed Dr. Sean Fox, an emergency room doctor at Carolinas Healthcare System and Levine Children’s Hospital. This is an EXCELLENT reminder for all of us as we get ready for summer fun. It’s a must-read! Thank you, Dr. Fox!

For many, summer fun is often closely aligned with the water – whether it’s the pool, the river, the lake or the ocean. Unfortunately, this joyous time can become tragic quite unexpectedly and rapidly. Of all of the potential hazards that exist, submersion injuries (usually known as drowning) are the third leading cause of accidental death in children in the United States (and are actually a significant problem worldwide). Working in the Emergency Department at Carolinas Medical Center and Levine Children’s Hospital gives me the amazing opportunity to help care for our community’s children – but it also exposes me to the more sinister side of summer fun. Many times accidents occur without warning and are truly unpreventable, but when it comes to submersion events and injuries, some attention and vigilance can truly help prevent our children from being placed in harm’s way. 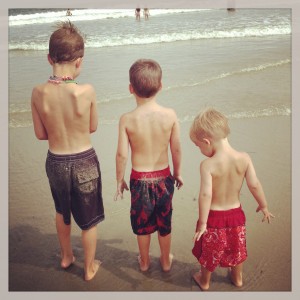 Drowning doesn’t always look like it does in the movies. What are some real-life warning signs?

Two groups of children are particularly at risk for having a submersion event: infants/toddlers and teenagers (especially males).

Infants and toddlers are, obviously, dependent upon their guardians to keep them out of danger. Infants suffer submersion injuries when not properly supervised while bathing. Infants lack the mobility and strength to get themselves out of trouble – so close supervision during bath time is key. Toddlers actually have the highest rates of submersion injuries. They also often lack the mobility to help get themselves out of trouble, like falling into a bucket containing water in the garage or yard or, slipping into the neighbor’s pool. Toddlers are very curious by nature and that curiosity often leads them to exploring dangerous environments, like the pool edge. Once again, appropriate supervision is the most important guard against a devastating submersion injury. Having two children, I do know that toddlers can sometimes “outsmart” their guardians (that may have happened to me once or twice). So, other safety measures are important to help avoid disaster. First of all, a designated supervisor should also be within arm’s reach of a toddler when near a watery environment (for example, a local pool). Toddlers do not thrash around like you may see in the movies. They lack the strength to get to the surface of the water many times and may not even make any noise. Drowning can occur silently and without commotion – which is why the supervisor must be attentive to the child and not get distracted by other activities. Yes, I enjoy the pool deck as well and would much prefer to sit and read my book (… or play CandyCrush), but even this distraction is enough to prevent my ability to detect a toddler’s distress in the water. Obviously, the supervising adult should also be sober.

Additionally, be very cautious of visiting neighbor’s personal pools if they are not adequately protected. The pool deck should have a 4 foot high fence surrounding it on all four sides and should have a self-closing gate. Again, toddlers are very curious and can be rather sneaky. Even if you were not planning a pool excursion that day, your child may have different plans. A very tragic theme that seems to recur each year is the child who was found in the pool after they went missing from inside the house. Once again, toddlers are curious and can outsmart you… and when they need you most, you won’t be able to hear them. Be somewhat paranoid.

Our last group of children at risk are generally teenagers. Many times their submersion events involve alcohol or other substances that impair their normal judgement. Obviously, that is an entirely separate topic, but poor judgement and teenagers seem to go hand in hand at times, so it is imperative that we help educate them and reinforce common-sense strategies to remaining safe while enjoying the water. Certainly, they should not be using mind-altering substances. Additionally, they should always be encouraged to be with other friends (the buddy system works!). Ideally, the teenagers and the friends and other adults should all know basic life-support skills (CPR). Timely CPR can make the most profound difference! Please consider taking a CPR class and encourage all the teenagers you know to do the same. Click here to find a course.

What’s your advice on swimming in the ocean and encountering rip tides?

I would say that the most important thing is to always swim with a buddy, and if you’re in the ocean, to swim only where lifeguards are watching. If you are caught in a riptide or a rip current (a dangerous current that can pull you in a certain direction), do not swim against it – it seems counterintuitive, but don’t swim toward the shore You need to swim horizontal with the shoreline so you can get out of the riptide (the current is often not wide). Once you are out of the riptide, you can then swim toward the shore. Swimming against the current will only exhaust you and can eventually pull you under water.

What is “dry drowning” and what can you do if your child is showing symptoms?

Drowning terms can be really confusing. It’s actually better to avoid the term drowning in general and is why I have been using “submersion injury.”

“Dry drowning” is not what many people think it is. During the vast majority of submersion events (i.e., drownings), people will aspirate water (have water go into the lungs). This is called “wet drowning.” “Dry Drowning” actually refers to a submersion event where the person’s airway contracts so forcefully that no water goes into the lungs. Unfortunately, the person still is not able to breathe and is underwater… so may still die.

What most parents fear is a condition referred to as “secondary drowning.” This is a condition caused by the water that went into the child’s lungs leading to lung injury. This lung injury can be so severe that it can actually be life-threatening. Unfortunately, this may not be apparent immediately following a submersion event. Typically, symptoms develop within the first several hours after a significant submersion event, and on occasion, a physician may actually want to monitor a child in the emergency department or in the hospital.

If a child has a seemingly minor submersion, the risk for “secondary drowning” is very low. If you are concerned, it is always appropriate to have your child evaluated by a physician to help determine if there are signs of a lung injury. If your child has a persistent cough, trouble breathing, or is becoming overly fatigued, bring them to the emergency department to be evaluated.

Many tweens and teens like to play the hold-your-breath game and see how far and long they can go under water. How dangerous is this? 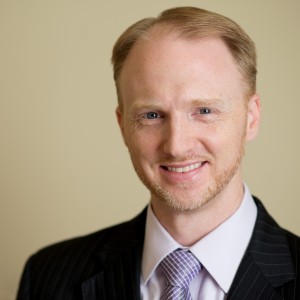 Dr. Fox received his medical degree and completed a combined residency in emergency medicine and pediatrics at the University of Maryland. In his fifth year of residency, he was chief resident and developed an interest in teaching medical students and residents. Currently he is the director of the Emergency Medicine residency didactic curriculum and works in both the Pediatric and Adult emergency departments. In 2014, he was one of only three academic emergency physicians nationwide to receive the American College of Emergency Physicians National Faculty Teaching Award.

He and his wife of fifteen years came to Charlotte from Baltimore in 2008. They have two children. Thank you again to Dr. Fox for such thoughtful and thorough information! ~ Team CSP

A Parent’s Backpack: Supplies for a Successful School...

All Aboard the Rail Trail “Lights” February 19...