Home Things To Do Smarty Movie Review: The People Vs. O.J. Simpson
Things To Do

The People Vs. O.J. Simpson 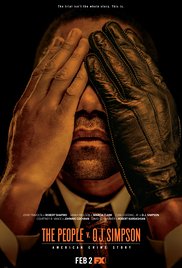 The truth is stranger than fiction. And true stories are all the rage these days. The Netflix series Making a Murderer was all anyone could talk about since it recently aired. The podcast Serial became an instant hit and has already released a second season. If you look at this year’s Oscar nominees for best film, half of the movies nominated are based on true stories. So it is no wonder that the unforgettable story of O.J. Simpson’s murder trial would eventually be featured on American Crime Story—a true crime series created by Ryan Murphy (Nip/Tuck, Glee, American Horror Story).

I vaguely remember watching the infamous Bronco chase back in 1994, but I will never forget the day the verdict was read after the long trial that consumed the nation. I was a meeting and event planner for a medical association in Washington DC, and we were holding a minority faculty seminar for medical professionals at a local hotel. When the conference attendees learned that the jury had reached a decision, they requested TV monitors so the verdict could be watched in meeting room during the keynote presentation (remember this was over 20 years ago when we still used 35 mm slides and overhead projectors!). While I was hesitant to interrupt the keynote speech, the attendees assured me that they would leave to watch elsewhere if I didn’t air the verdict. When O.J. was declared not guilty, the room of over 100 African-American medical professionals erupted in cheers. Nearby at the hotel lobby bar, white people shook their heads in shock, some even crying at the verdict. That moment of contrast was so sharply defined and it was clear that we were dealing with something so much larger than a murder trial.

I was hesitant to begin watching this series since I feel horrible for the families of the victims and can’t imagine what it must be like for their life’s tragedy to be played out on TV’s across America for entertainment. I also didn’t want to see some over-the-top salacious rehashing of this terrible tale. I realized though, that while I knew general information about the case (the bloody glove, Kato, Marcia Clark’s unfortunate hair) I never actually watched the trial that started our country’s obsession with reality TV. The series also promised to reveal previously unknown details from the case, including the perspectives of the lawyers from both the prosecution and defense. I figured that I would give the first episode a try.

The series begins with a clip of the Rodney King travesty and subsequent riots, putting into historical context how fragile race relations were in Los Angeles in the early ’90s. We then shift forward two years to the night Nicole Brown Simpson and Ronald Goldman were murdered. Cuba Gooding Jr., who portrayed the calm, cool and collected Dr. Ben Carson in Gifted Hands: The Ben Carson Story, goes to the other extreme to depict O.J. with frenetic energy I haven’t seen since his Jerry Maguire days. While he doesn’t look all that much like Simpson, I’m curious to see if he can get further into the mind of this obviously disturbed man in future episodes.

We are introduced to prosecutors Marcia Clark (a terrific Sarah Paulson) and Christopher Darden (Sterling K. Brown) who will fight to indict O.J. despite his celebrity status. On the defense side, we meet attorney Johnnie Cochran (Courtney B. Vance giving plenty of swagger to the role), Robert Shapiro (John Travolta…a little over the top) and O.J. friend Robert Kardashian played by David Schwimmer. While it’s good to see Schwimmer back on TV and he looks just like the late Kardashian, he uses the same sad-sack tone of voice that we all know from his days as Ross on Friends.

Since the Kardashians are everywhere these days, they make an appearance here (though as a minor part of the story). The first episode ends with the cops arriving to arrest O.J., a thwarted suicide attempt (in Kim Kardashian’s bedroom no less!) and O.J. and the white Bronco missing. I have to admit that the series has me intrigued and I’ll definitely be tuning in next week (Tuesday, February 9th at 10:00 pm on FX) to see the notorious Bronco chase and find out more about this stranger-than-fiction tale.

From the Smarty Education Corner and Providence Day School: Parenting and the College Application Journey

Charlotte Symphony to Perform at Truist Field on...

Smarty Alert: Kixx Shoes is having a Buy...