February is National Heart Month, and we’ve teamed up with our partners at Levine Children’s Hospital to bring you a series of patient stories that are sure to make a lasting impact on you. First up is Kyler’s story. This was first posted on Carolinas HealthCare System’s blog, and we thank them for the chance to share his story with you! 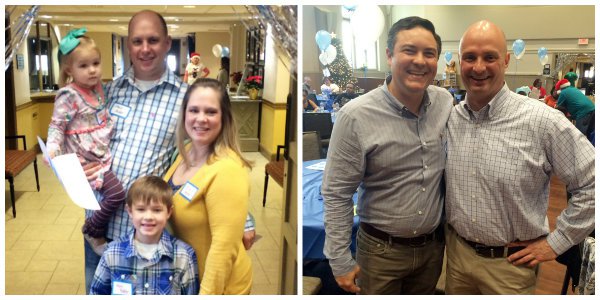 Seven-year-old Kyler Bebber’s heart had already given out three times and his family and doctors were very concerned that he may have a fourth sudden cardiac arrest.

“He literally died each time,” said Kati Robinson, BSN, pediatric heart transplant coordinator. “His heart stopped beating and it was very clear from the beginning that we were dealing with a very aggressive disease.”

Kyler suffers from hypertrophic cardiomyopathy, a serious heart defect and common cause of cardiac arrest. He thought he was leading a normal life, fishing, hunting and riding his dirt bike. But a chest X-ray after a checkup revealed an enlarged heart. He was placed on the United Network of Organ Sharing’s list for a heart transplant.

“When a donor becomes available, UNOS is notified and a computer system generates a list of appropriate matches,” explained Thomas Maxey, MD, pediatric cardiovascular surgeon. But, “Kyler didn’t fit into the ‘sick, in the hospital type’ scenario, as he wasn’t on life support and he was fortunate enough to be home, so UNOS did not put him at the top of the list for a heart. Yet Kyler had a severe genetic condition that absolutely required a heart transplant to prevent further life threatening arrhythmias.”

That’s when Gonzalo Wallis, MD, pediatric cardiologist petitioned the UNOS board for a special consideration for Kyler to get a new heart, even though he didn’t meet the traditional criteria to be considered sick enough for a transplant. “The only way we could give him a fair chance at survival and get him transplanted was to appeal and to explain the situation to the board,” said Dr. Wallis.

Kyler was on the list for 15 months when they got the call they had been waiting for. Alisha Bebber describes that incredible moment. “Kati called and said, ‘Alisha, its Kati. We got the call we’ve been waiting for, we have a heart for Kyler.’ I couldn’t believe it. I said ‘are you for real?” and burst into tears!” We rushed to the hospital and about seven hours later, Kyler had his new heart and was recovering in the intensive care unit.

“When Kyler woke up, the first thing he asked was if he could go out and walk, “said Dr. Wallis. “His future is bright, he is negotiating with me if he can ride his motorcycle, I think he has an amazing future ahead of him, I see law school, just based on the way on how he discusses things with me!”

Since Kyler’s transplant in October, he’s back to his normal self — without the fear of having another cardiac arrest. He and his family have become incredibly close to the team at Levine Children’s Hospital and by working together, they will give Kyler the best chance for a happy and healthy life.

The Bebbers were one of eight families that received a pediatric heart transplant this past year.

“I have many conversations with families, and they always ask, ‘would you do this with your child?’ And at that point I intentionally lose my doctor persona and put on my dad hat and answer that as a parent, and with every ounce of my soul, that answer is YES,” said Dr. Maxey.

From the Smarty Education Corner and Foreign Language League: Spring into a New Language

My Child Has Head Lice…Now What?!

A Parent’s Guide to the Flu