It hit me hard in the final seconds of the Panthers big win Sunday night – when my beloved QC’s skyline lit up blue, when the confetti poured out of the sky and when social media blew up with #KeepPounding and #GoPanthers. It hit me even harder as my kids and I went out around town yesterday – to the mall, to Starbucks, to Panera, to Dick’s Sporting Goods – where the Panthers were THE conversation, the energy was palatable, the play-by-plays were re-hashed in the food court, and hundreds of children sported Panthers gear (our city’s uniform for the next two weeks). It hit me the hardest when an older Belk’s sales lady made conversation with my boys about how amazing (and good looking) Luke Kuechley is (“He’s just EVERYWHERE,” she said). The whole thing – especially the last 48 hours – has made me realize this: 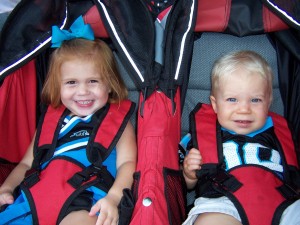 Our kids are so lucky.

We are so lucky.

If you did any time growing up in Charlotte, you know how unbelievable this second Panther’s Super Bowl ride is – how truly incredible (and likable) this particular Panthers team is in general. We never had a “home” team – good or bad. If you were a kid growing up in Charlotte, your team was the Redskins, the Falcons, the Cowboys, or whatever team represented one of your parent’s hometowns. Attending a professional football game was crazy talk, and the thought that that professional football team would represent your hometown was unthinkable.

We’ve had twenty years to get used to the idea, but somehow this year is different to me. Somehow being a parent during this Super Bowl ride makes it all the more special.

Sure, it was unbelievable twelve years ago when we were in the Super Bowl. But, twelve years ago, my family – my little “team” – was yet to be. I was pregnant with my first. I had no concept of what was to come. I just had no idea what raising little football fans would feel like.

I had no idea my first girl would be followed by three boys. I had no idea how much the first girl could love her dad (I guess I had some idea because I have the best dad ever, but I didn’t know how it would feel to watch that relationship develop) or how much she’d love football because of him. I had no idea that she – even as a tween – would want to watch every game with her dad, and that I would feel so darn proud when she (correctly) yelled “Off Sides!”

I also had no idea how many times I would wash Panthers jerseys, Panthers socks, and Panthers hoodies (I really had no idea what real laundry was) or how exhausting it would feel to never really “catch up” on laundry. 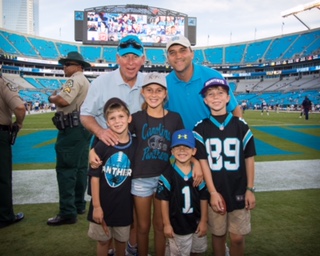 And for the next two weeks, it feels pretty good. 🙂 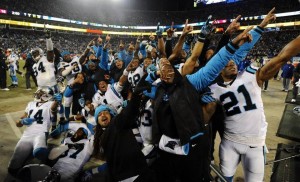 Smarty Review of the Hyundai Genesis

Things To Know In A Dental Emergency

‘Tis the Season at Children’s Theatre is a...

Go Panthers!! We LOVE being a family of Charlotteans too!

You do have the best dad EVER! XO

I love it. This gave me the goosebumps for some reason. Kate and Eve are so into their pro football cards right now for this reason and it’s the cutest thing ever.