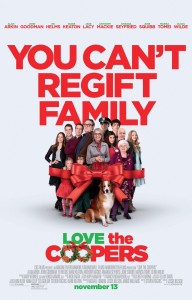 Love the Coopers
Directed by: Jessie Nelson
PG-13
107 minutes of your life that you can’t get back

I knew walking into the theater that Love the Coopers hadn’t gotten the best reviews, but sometimes a film can surprise you. I was surprised that this film could actually be made with such a stellar cast as they all should have known to avoid this wretched story. One of the laziest things a screenwriter can do is tell a story instead of showing it. In this case, the film is narrated by a dog (no really, the family dog with the voice of Steve Martin no less!) who fills us in on all of the details of the Cooper family and their many dramas. From a 40 year marriage crumbling, to a lonely shoplifter to an unemployed divorced father to a jaded bitter woman–we get a generous helping of disfunction and unhappiness. Another filmmaking cheat is to use excessive flashbacks to propel a story forward and we get plenty of those as well. To top it all off, everyone’s deep, serious, long festering problems miraculously become solved because of the magic of Christmas. Are you kidding me?

Christmas is the most wonderful time of the year. We deserve better in our holiday movies! So instead of loving the Coopers, I’ve got some great suggestions to fill you with Christmas cheer. Plus, these films are a perfect distraction when you have a big project like stamping holiday cards or detangling enormous strings of Christmas lights! 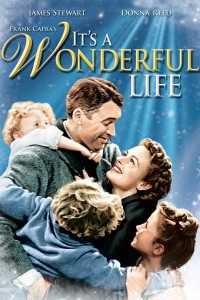 It’s a Wonderful Life
(not rated, 130 minutes)
Looking for a family with real problems?

Directed by the legendary Frank Capra, this is the quintessential Christmas classic. You know the story of George Bailey (the flawless Jimmy Stewart) and his encounter with an angel who shows him what life would be like if he never existed. I can’t remember a Christmas when I haven’t watched this gem. Last year was the first time we watched this as a family and it was definitely a hit. There are a few scenes early on that confused my daughter (remember how Mr. Gower almost poisons someone in grief?) but it really is a fantastic movie about gratitude, family and generosity. 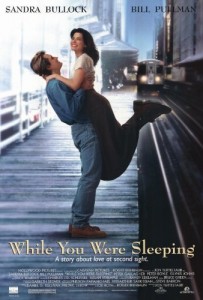 While You Were Sleeping
(PG, 103 minutes)
Do you want to see a large, multi-generational family that you actually like?

While this wasn’t billed as a Christmas movie, it does take place on Christmas day and the holidays play an important part of the plot. Sandra Bullock is Lucy, a lonely Chicago woman who pines for a handsome stranger she sees every day at the train station (Peter Gallagher). When Peter falls and ends up in a coma, Lucy saves his life. At the hospital, she is mistaken for his fiancee and is quickly embraced by Peter’s entire loud and loving family. Since Lucy has been all alone since her parents passed away, she can’t resist spending Christmas with the family instead of being alone in her small apartment with only her cat as company. The engagement deception becomes even more complicated when Lucy starts to have feelings for Peter’s brother Jack (Bill Pullman in a super crush-worthy performance). The entire cast is brilliant, the story is ridiculous but fully entertaining, and even though it’s a comedy, this film perfectly depicts just how awful it is to be alone and without family during the holidays. 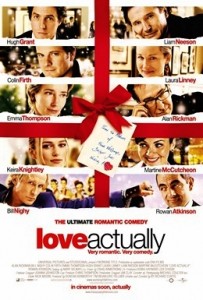 Love Actually
(R, 135 minutes)
Looking for a movie with a great cast and lots of story lines?

I’m not usually a fan of short stories, but this terrific film tells the interrelated tales of eight different couples in the weeks leading up to Christmas. All different kinds of love are featured, from childhood crushes to long married couples to platonic love between co-workers. This mostly British cast is stellar, especially Emma Thompson as a wife who realizes her husband might be cheating on her. Hugh Grant is fantastic as Britain’s Prime Minister as he boogies around 10 Downing Street to the Pointer Sisters. Of course any film that includes Colin Firth in the cast is going to be all the better for it. This really is a fun glimpse of love in London during the holidays. 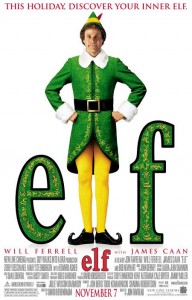 Elf
(PG, 97 minutes)
Want a film that is completely unrealistic–in a good way?

I haven’t always been the biggest Will Ferrell fan. He can be a little over the top and I haven’t always understood his humor (although my husband loves Anchorman). However, I honestly can’t think of any other actor who could pull off the role of Buddy the Elf. Buddy lives with his elf family at the North Pole and doesn’t feel like he really fits in which makes sense because he is actually a grown man. After crawling into Santa’s bag as a baby in an orphanage, Buddy grew up with Papa Elf (Bob Newhart) and learned the ways of Santa’s helpers. When Buddy finds out the truth about his past, he sets off to reunite with his real father Walter in New York City (James Caan) who just happens to be on the naughty list. Buddy is so loving and endearing that you can’t help but root for him as he navigates the big city and works to win over his father. My kids love watching a grown man run around Manhattan in tights acting completely ridiculous. Plus Ed Asner’s Santa is flawless and I dare you not to sing when everyone breaks into “Santa Claus is Coming to Town.”

Wishing you all the best for a happy holiday season!