Home Events Register now for the Sarcoma Stomp!
EventsHealthParentingThings To Do

From our Smarty friends at the Paula Takacs Foundation for Sarcoma Research.

The Sarcoma Stomp, the signature fundraiser for the Paula Takacs Foundation for Sarcoma Research, will be held on Saturday, April 18, 2015 at Christ Lutheran Church in Charlotte, NC. The Sarcoma Stomp is a fun event for the whole family which includes a 5k run, 3k walk, games, activities, raffle prizes, food and even a visit from Sir Purr! This year will be the first year the race will be run without its founder, Paula Takacs, who lost her battle to Liposarcoma in April of last year.  Those of us who knew Paula look forward to making this year’s event the most successful Sarcoma Stomp ever! 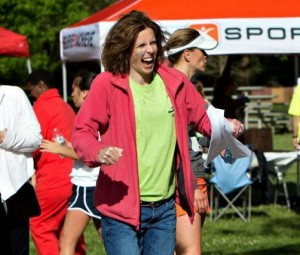 In 2004, Paula Takacs was diagnosed with Liposarcoma, shortly after giving birth to her son Gray. A few weeks later, Paula underwent surgery to remove approximately 22 pounds of tumor, which had gone undetected during her pregnancy. Paula was determined not to let cancer beat her and exhausted every available treatment option, often refusing to take no for an answer. She frequently had to travel long distances to receive care, because many of the treatments and specialists she needed were not available in Charlotte. Paula was a true warrior, enduring a total of nine surgeries, five courses of radiation and six rounds of chemotherapy, four of which were clinical trials, over a period of nine and a half years. 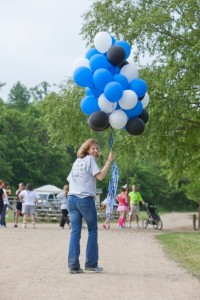 Despite all of the challenges she faced, she remained a pillar of strength and source of inspiration to everyone who knew her. Rather than focus only on her own situation, she decided to channel her energy into helping others. Frustrated by the lack of funding for research, Paula created The Paula Takacs Foundation for Sarcoma Research and the Sarcoma Stomp.

To date, Paula’s foundation has donated nearly $440,000 to fund clinical trials at leading sarcoma research centers. This includes $167,000, which has been donated to The Levine Cancer Institute in Charlotte. This year, monies raised from the fundraising event will stay in our community as Levine Cancer Institute has been named the sole beneficiary of the 2015 Sarcoma Stomp. 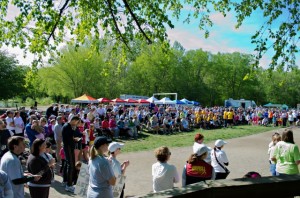 The 2015 Sarcoma Stomp will be a special opportunity to honor survivors and those lost to sarcoma in our community as well as carry on Paula’s legacy. Together we can help find a cure for Sarcoma by participating, so please come out on April 18th and support the cause!

Graduating to the Big Girl Bed